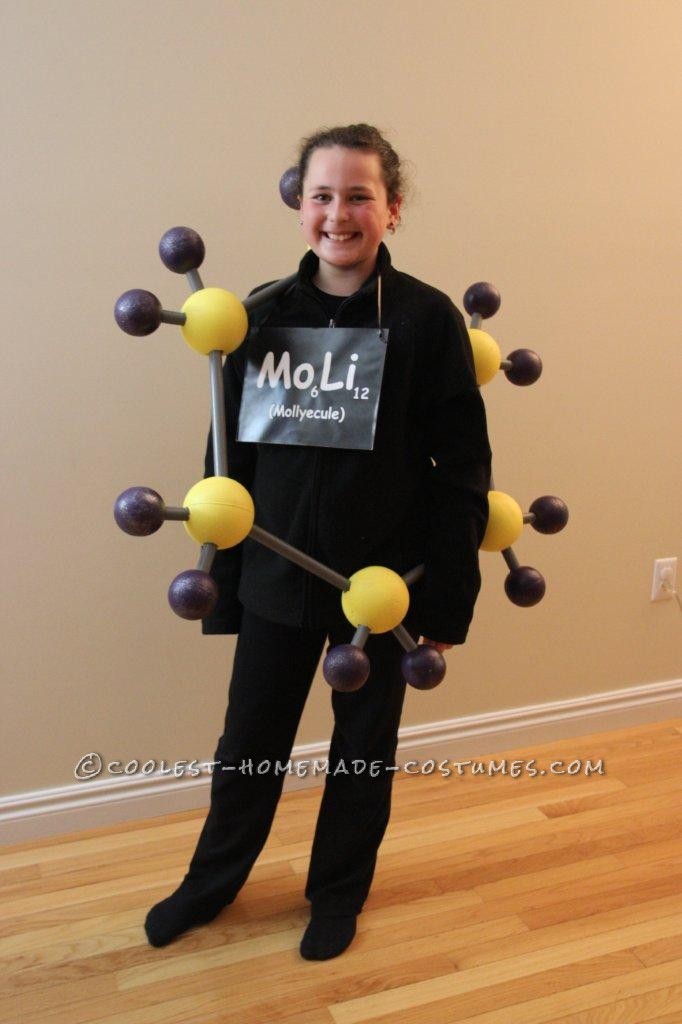 My daughter’s name is Molly, and she’s in 6th grade.  She loves science!  We came up with an idea to make her a molecule costume as a play on her name, so she’d be a Molly-ecule for Halloween.  We thought it was creative since her name is Molly.

The molecule was a hexagon made of larger inner yellow balls/atoms with smaller purple balls/atoms attached to the inner ring.  It was similar to a cyclohexane molecule for those of you who know your chemistry.  We made the costume using styrofoam balls and pvc pipe, which we painted.  It was tricky to drill the holes in the foam balls and get the angles right, but the costume came out great.  Molly loved it!!  She wore black pants and a black long-sleeve shirt and then wore the costume like a sash over one shoulder.  She had a large black sign on her chest with large white letters that read “Mo6Li12” and “Molly-ecule” to let people know that she was a molecule (or “Molly-ecule” as a play on her name).  The “Mo” and “Li” are from the periodic table and make her name with atomic symbols

Molly won two costume contests with her costume.  The first was at the annual Halloween sleepover party at her martial arts school.  Molly is a second degree black belt, and this was her sixth year attending the sleepover event.  There is always a costume contest at the sleepover event, and this year Molly won, with a unanimous vote in her favor.  She was really happy.  A few days later, she won a costume contest in her school involving 50 students/6th graders.  Needless to say, she was really excited to win both of the contests she was in.  And every person we encountered with her costume on, commented on how clever it was. 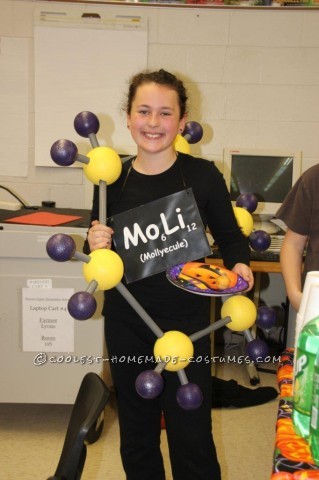 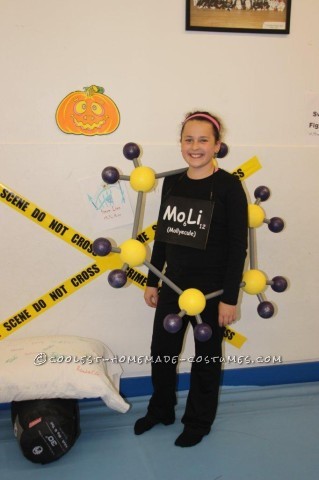 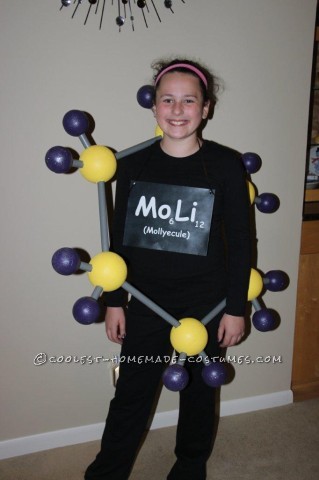 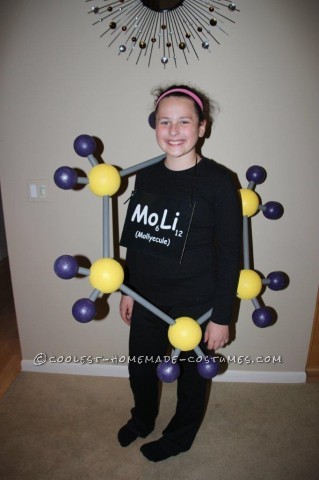 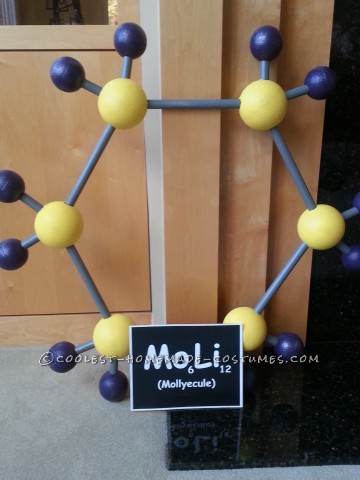