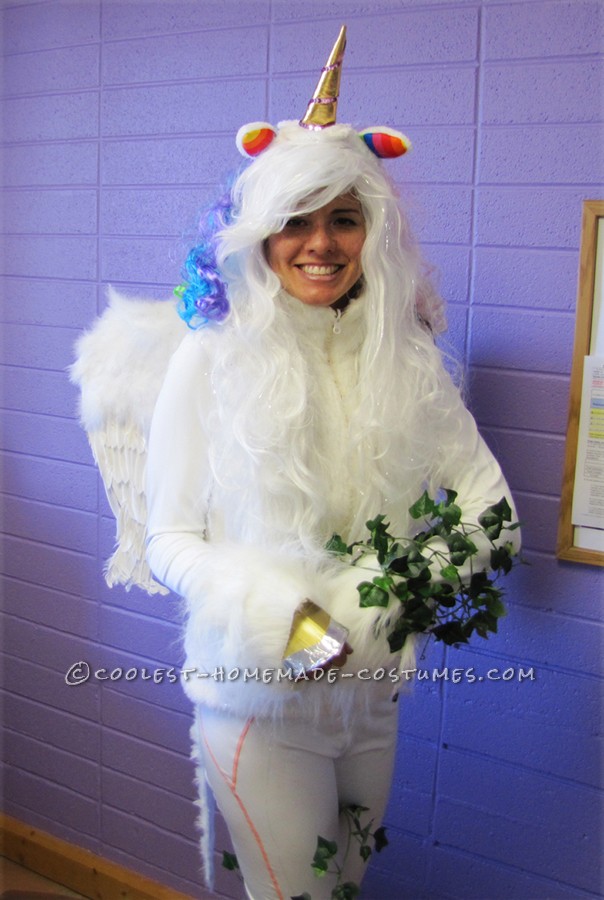 Last summer, I told the two little girls who live on our street that they could choose my Halloween costume. They gleefully encouraged me to be a unicorn—so I had my orders! I pieced together something inexpensive, easy, comfortable and warm.

I wore it to a party and got RAVE reviews; some people even told me multiple times how impressed they were. The four hooves were a last-minute add-on that I made a couple of days before Halloween. It turns out those were people’s favorite part of the costume.

I wore it to the college where I work as an advisor—the students loved it. I even had to hold an important meeting on Halloween; I wonder if being a unicorn increases or decreases one’s credibility.

You can’t imagine how hard it is to find a unicorn costume on-line. The two ready-made costumes I managed to find were either pornographic (and super expensive) or looked like a fur Hefty bag with a hood.  It’s harder than you’d think to find buyable costumes of magical creatures…so I made my own.

The “Coolest Homemade Costumes” website provided some good inspiration. I also Googled several images of horses, unicorns, and did a fruitless search for “make your own hooves.”

Here’s how it is pieced together:

I learned a lot during this process. I learned that I could spend hours searching the internet for “Fake hooves”. I learned that when you use a can of spray paint indoors, your cats get sleepy. I learned that l am easily controlled by toddlers, and that—with inspiration, imagine and ingenuity, you can dress up as pretty much anything. Cardboard helps too.

The girls on my block were very impressed so I achieved the difficult dream of impressing a four year old. Winner! 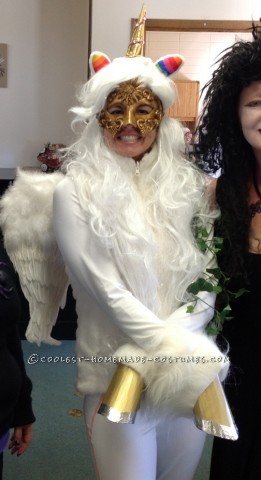 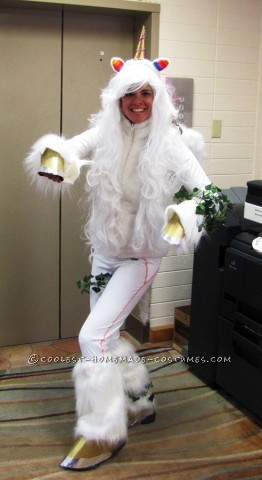