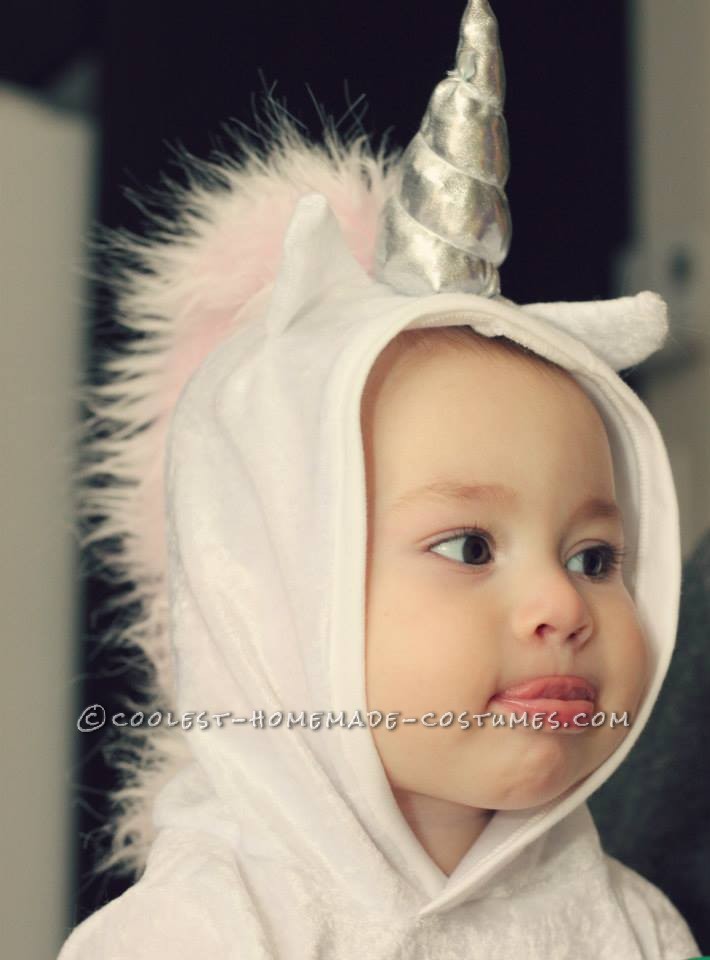 I made this little unicorn costume for my 10 month old daughter’s first halloween! So it had to be special! I just love unicorns and I thought it was pretty original, I haven’t seen any unicorn costumes before for littles!

I used a shiny somewhat irridescent velour for the main fabric. I used a metallic spandex fabric for the unicorn horn, and some pink fur I found at Club Tissus. I used hair from my rainbow wig for the tail, hehe. There are snaps between the legs so it is like a unicorn onesie – I used Kam Snaps (I’ve made many hoodies with animal ears, so that part wasn’t hard). But I had trouble with the horn! So I searched for unicorn plushies tutorials! I ended up finding one that showed how to stuff it and suggested attaching a string at the point of the horn and winding it around the whole horn to make that lovely spiral horn effect! To attach the ears I made a regular hood pattern and put two darts near the top front of the hood, I sewed in the ears at the points of the darts. I made her plain white leggings in a cotton jersey to go under the onesie.

I took a lot of photos of Scarlett in this costume, people loved it. She was too young to go trick or treating so we stayed home to give out candy to trick or treaters, the little kids were delighted to see a baby unicorn answering the door. I think babies dressed as animals is just the cutest thing, so we have put her in this costume on other occasions as well (the fabric is very comfortable with a bit of stretch!) There are often days when having a little kid is very stressful and they are acting out, but when you dress them up as a unicorn it’s just so funny that it’s hard to get mad at them. 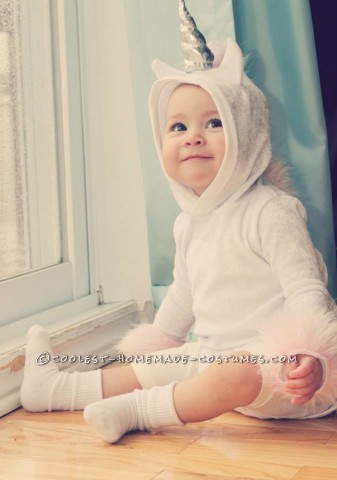 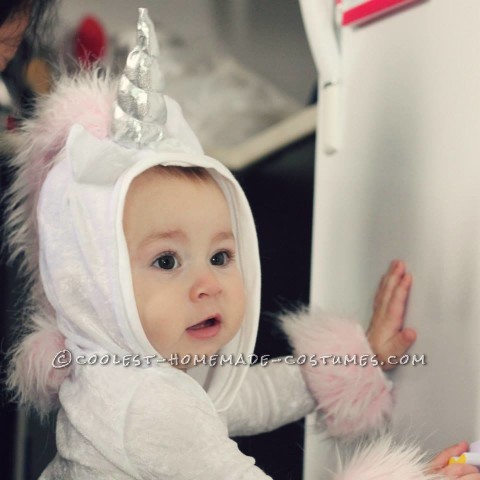 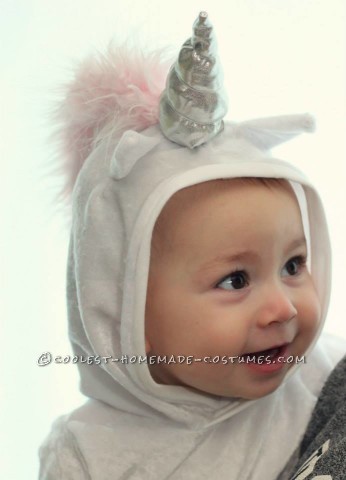