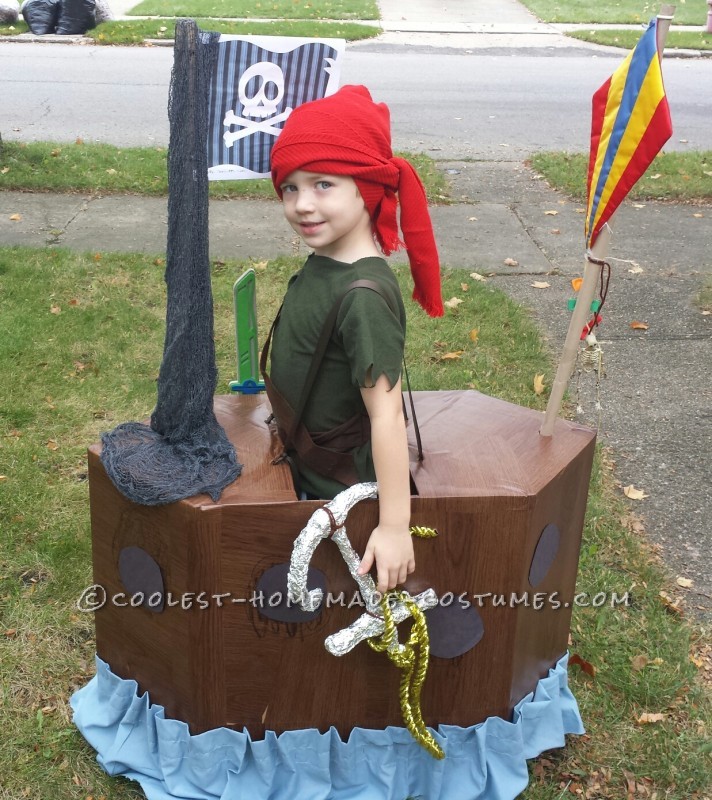 My son loves boxes (as do most children). He said he wanted to build an arc. shortly after we bought a pirate costume for a friend’s baby. He decided he wanted to be a pirate for Halloween. We were making a pirate ship for Halloween! Goodwill had pants and a shirt, the toy box had a sword, a red scarf in the closet,  A box from work and shelf paper from the dollar store covered our ship.  A toy kite as a sail and blue the bird from last year’s happy meal ended up on the back (bird not in photo). Christmas wrapping paper tubes for poles,  and a printed flag.my son came up with the tin foil anchor idea,  I perfected it for hm. A blue window valance for water and I made one happy boy into a pirate.