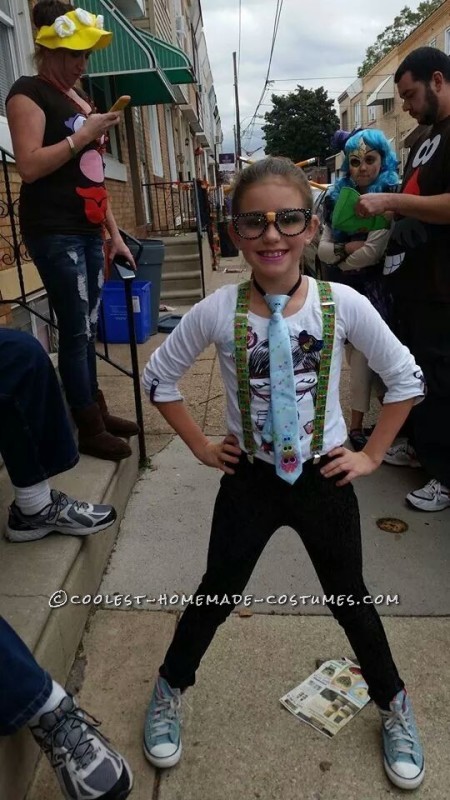 My daughter wanted to be a nerd. All the ones in the stores were way to revealing, so we went thru her closet. We used cloths when already had. The only thing we bought was the suspenders and tie.  She even truned to YouTube for some help making her fake braces. Which are simply earring backs a piece of wire and a rubber band to hold them in her teeth. She was stopped all night about how unique her nerd costume was. I couldn’t have been happier with the way she turned out.

Most people asked her if she was trying to be Katy Perry in the Last Friday night video. Which of course put her over the moon. Not the look she was going for but ended up pulling it off. I let her pick out her complete outfit. She pretty much just intended to be a “cute nerd” as she put it. This has been the easiest costume we’ve done so far. The biggest problem she had was the braces started to hurt about 2hrs into the night. 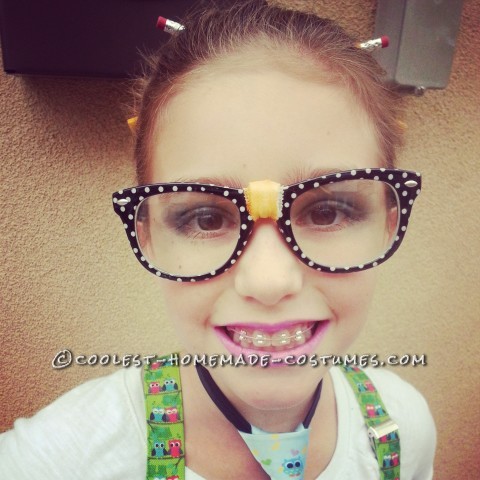