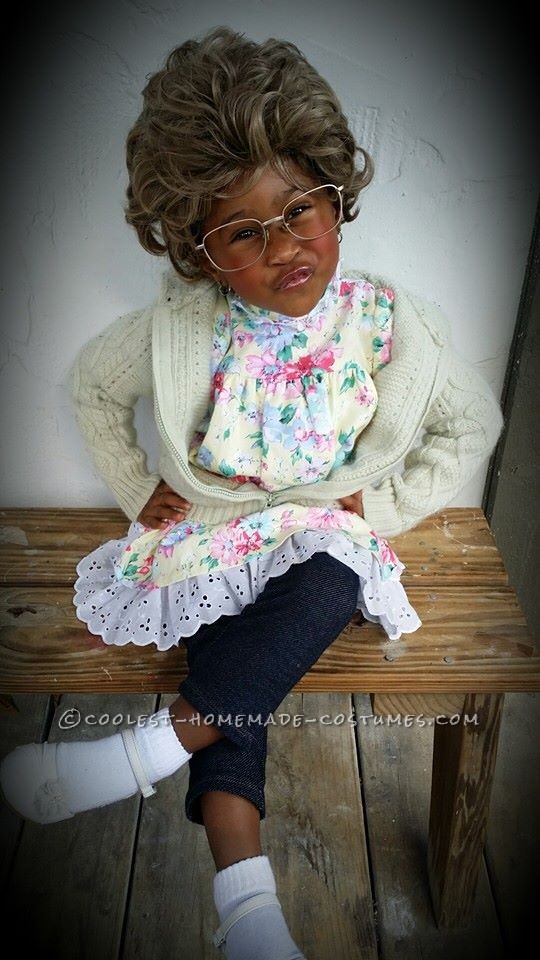 I am a single mother to this precious jewel! She is my pride and joy and she’s just as silly as she is cute. During the week our schedule is hectic and consumed with work, school, ballet, and church, it is always go, go, go for the two of us. It comes as no surprise that on the weekend we spend as much time together just laughing, playing and enjoying each other’s company. The time passes by so fast, I feel as if she is 2 going on 20!

One weekend in particular the kid and I decided to hit the stores to look for a costume for her upcoming Harvest Party at school. I asked her what she wanted to be and she said “pretty”, that was easy enough; ”just find a princess costume and we would be on our way” I thought. I am sort of a mamarazzi so no matter where we are if my girl is doing something cute I am snapping pictures of her!

In the store we passed by a bin of wigs and we couldn’t resist, we just had to try them on. That’s where it all started. Somewhere between trying on wigs, looking in mirrors, laughing and snapping pictures a crowd formed around my silly girl. Customers and workers alike were enjoying the show that she was putting on. There was no turning back, we were playing dress up right in the store!

Once I found the wig, the whole princess themed Halloween costume was out the window; my little lady was going to be a grandma for Halloween! We snatched up a few wigs, found a few pieces of material to sew up to make a dress, and then found an old pair of reading glasses that we popped the lenses out of. Everything cost us less than $10.00.

The week of Imani’s Harvest Party at school she got really sick and was in the hospital for a few days. She missed the party and the grandma idea became a lost thought. I was against taking her trick or treating this year because the weather was very inconsistent. It would go from 40 degrees one day to 70 the next and with such a weak immune system her poor little body couldn’t catch a break. I decided we would just “skip” Halloween this year, yeah right! My little lady just wasn’t having that!

About an hour before trick or treating started in our neighborhood we pulled out that little dress, wig and glasses and decided it was time to play dress up. Slowly but surely my precious two year old started looking like a grandma! We had no choice but to showcase this awesome costume.

We went to a few different neighborhoods and as soon as we would get out of the car, crowds would form around her. Parents were stopping us on the sidewalk asking if they could take pictures of her and if she could take a picture with their kids. She loved the attention! Bursts of laughter were all we heard as we approached the different houses. People were calling inside of their homes “honey come look at this little old lady costume!”

The reactions that we were getting were priceless. An older couple asked if we had entered her into any contests and I told them no, the guy pulled out his wallet and handed her a dollar, said that he loved the originality of her costume and that she was a winner in his eyes.

As the night came to an end my sweet little girl had tuckered herself out. No more than five minutes had passed when I looked into the back seat and saw her resting ever so peacefully, looking just like a little old lady!

It is going to be very difficult trying to top this costume next year! 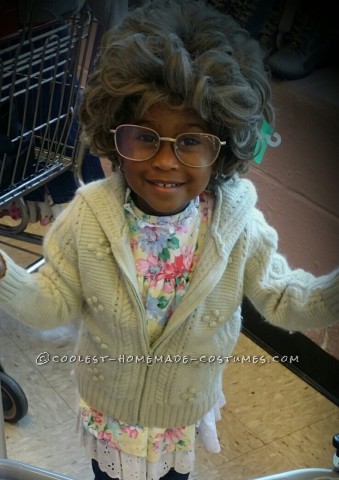 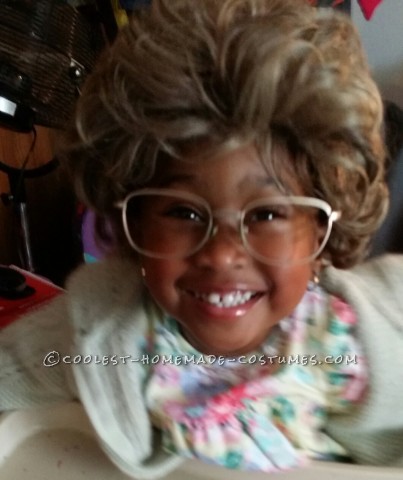 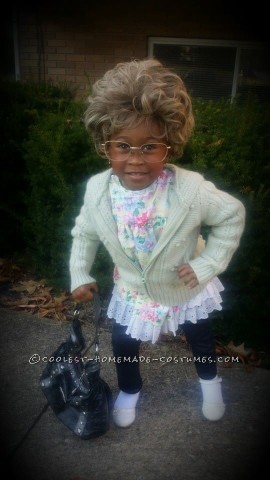 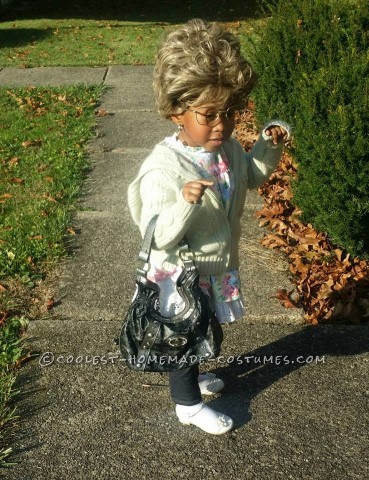 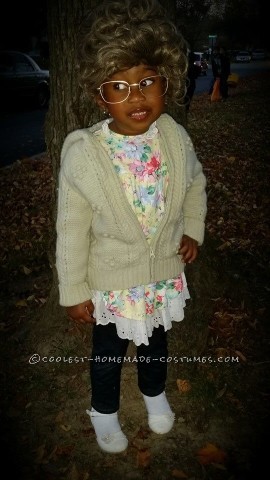 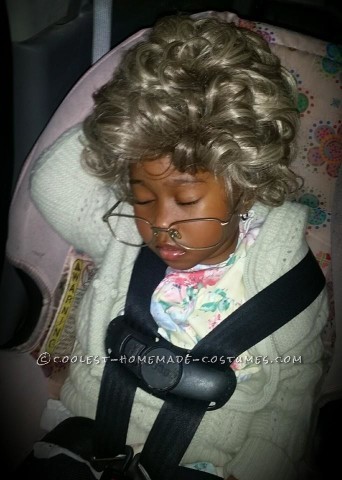 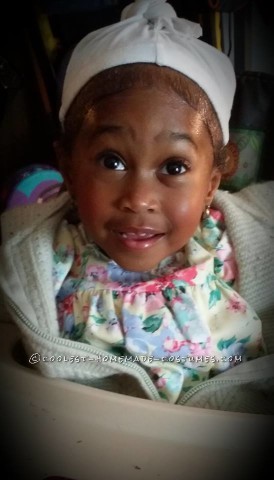 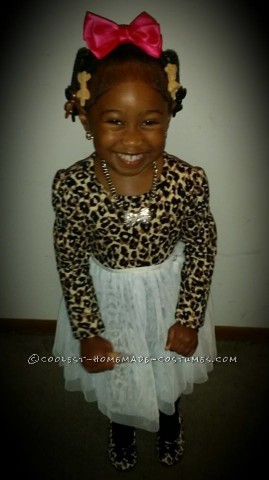 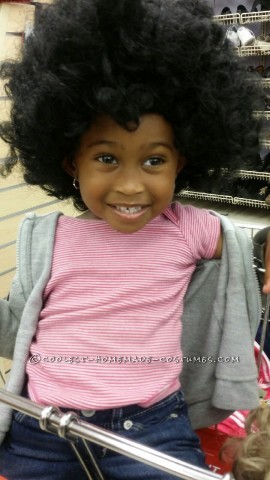