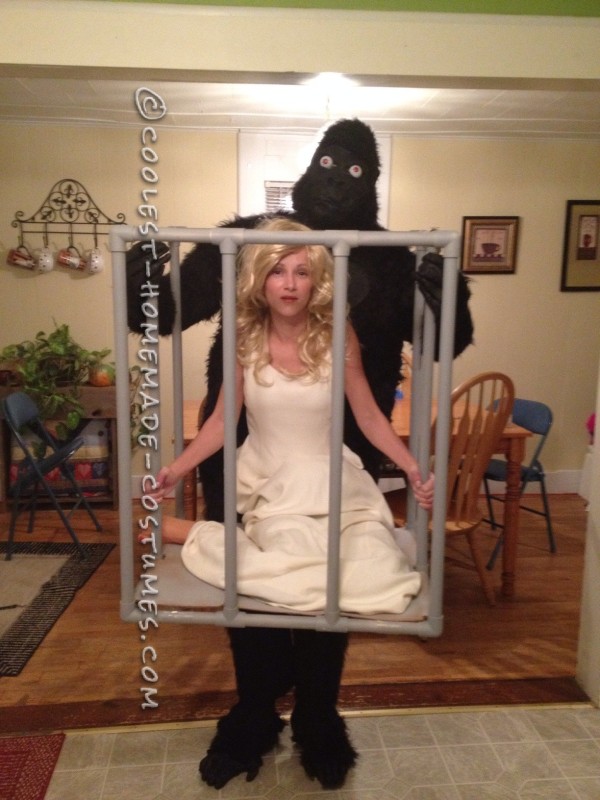 I included a fake foot, with painted toenails. The upper body of King Kong was shaped with cardboard and clothing. He even had fake eyeballs. The legs of King Kong were my legs. The cage was made out of PVC pipe, PVC teye connectors and elbow connectors. I then spray painted the cage.

I received 1st place in a local contest!