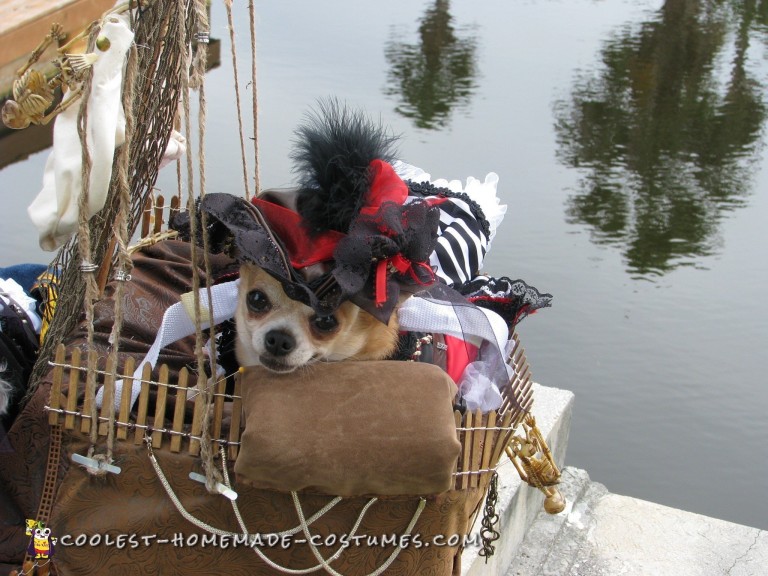 Welcome aboard the black Pearl with Captain Jack Sparrow and his mate Elizabeth Swann. It is a pirate ship like no other. The ship was created out of a storage Tub and a hospital wash tub attached together with nuts and bolts.

No pattern was used for the ship or the clothes, just imagination, and images I found on it internet.

It’s nice to see people appreciate my work.  They grab their cell phones and ask if I would allow them to take a photo, and tell me how amazed they are.

Thanks for looking I hope you enjoy it as much as I did making it. 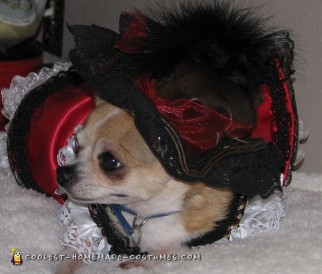 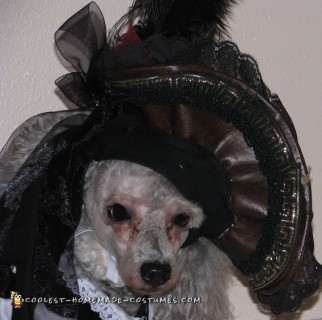 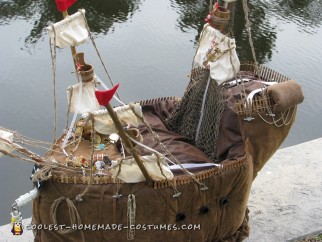 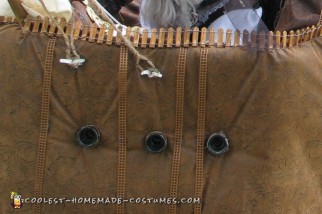 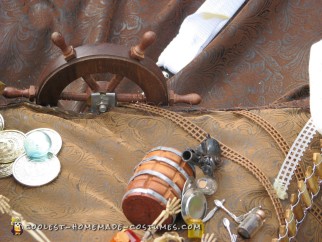 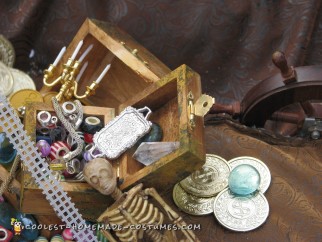