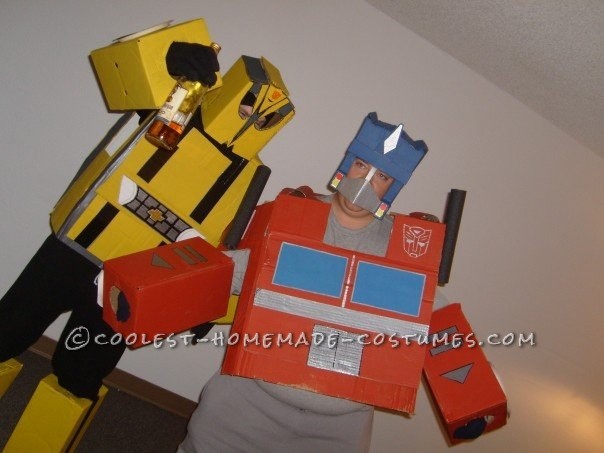 It was Halloween 2007. Living in Lethbridge, AB at the time and going to school. My room mate and myself wanted to create costumes that would win us a weekend worth of contests. We decided the Transforming transformers would be perfect, the movies had just come out and they were very popular. I went as Bumble bee and he went as Optimus.

I (being the artsy one) bought all the supplies and designed our costumes. I used a lot of hot glue, and cardboard, and surprisingly a lot of staples. I slowly built and re-altered all the major boxes for the costume, cutting and re taping until I got it all to fit just right! I painted my own costume, and he painted his, but when it came down to fine details such as logos, windows, lights, and the helmets, I took over. We ended up using Velcro in the costumes so that we could lift up parts and lay/sit down and look like the vehicles! Took 3 months to build and cost approx. 50$ for the paint, Velcro and hot glue. 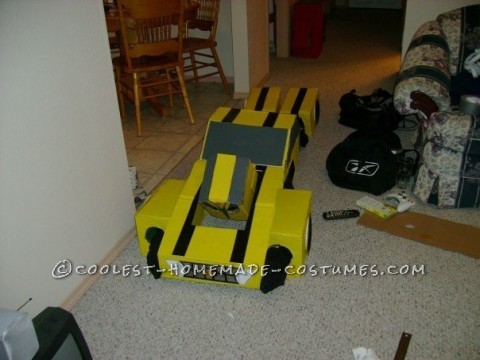 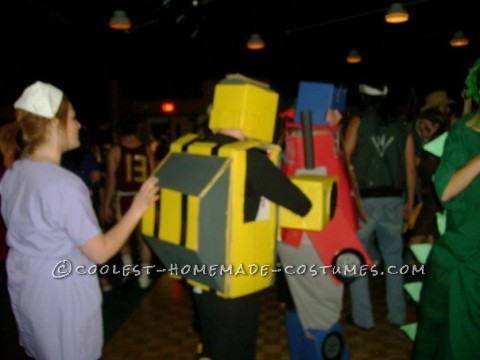 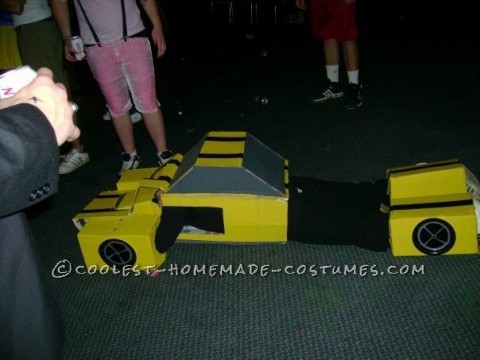 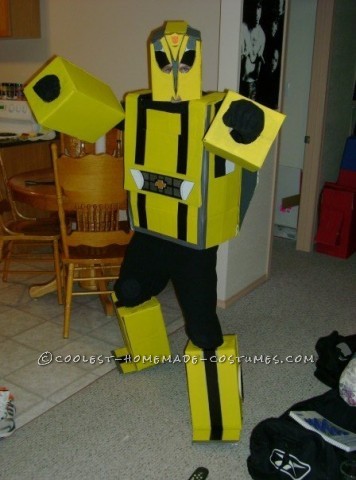 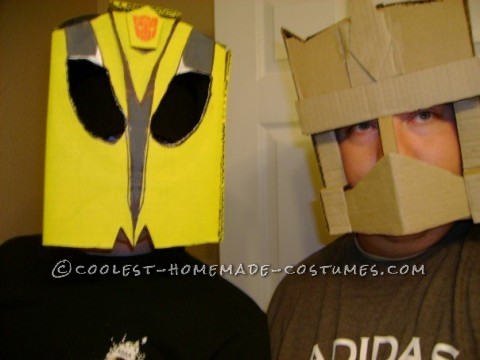 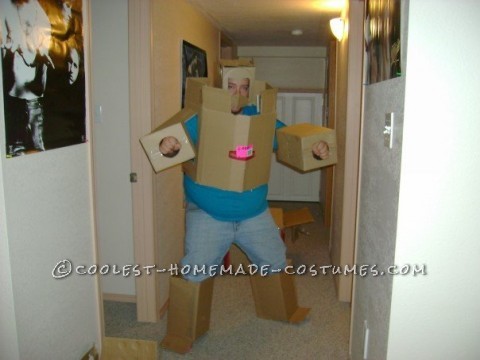 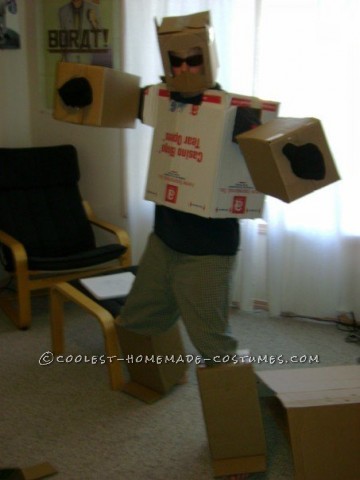 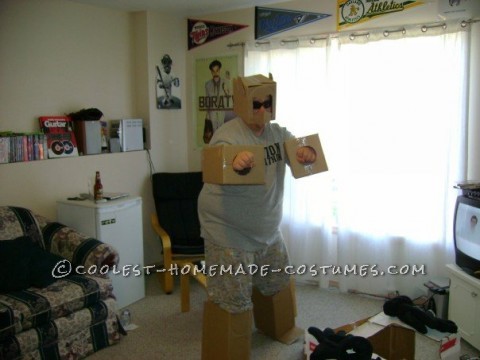 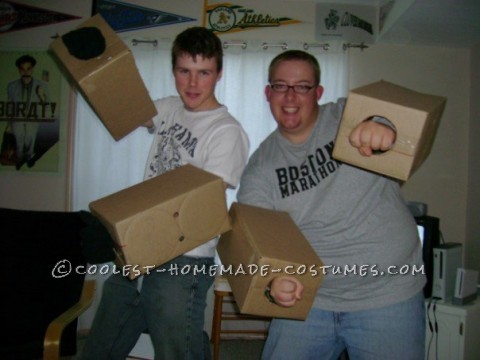