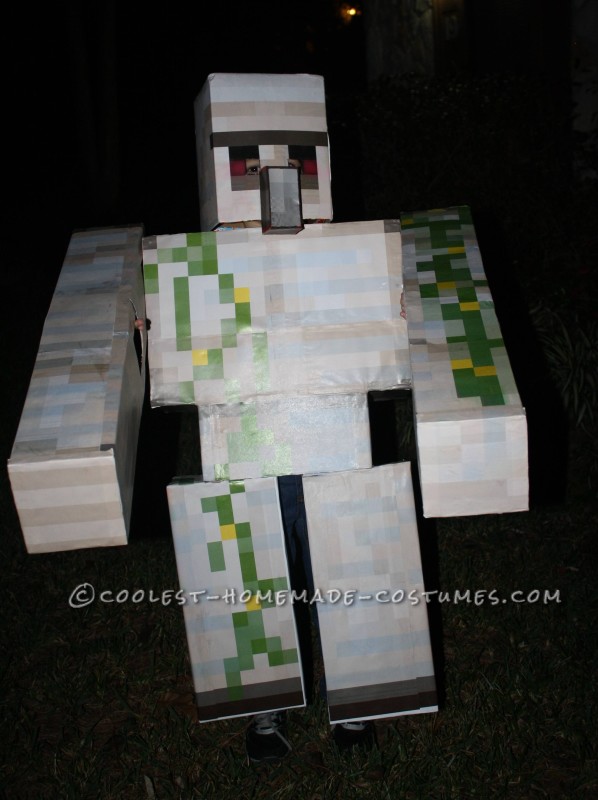 My boy is a fan of Minecraft. He told me that he would like to be Minecraft Iron Golem for this Halloween.

The final outside look was finished after cutting and gluing Iron Golem printed paper. The total cost of this costume is very minimal because everything I needed to make the costume were things we already had at the house.

The best thing about this costume are the legs that are flexible so my boy was able to walk comfortably while it still looks like Iron Golem.

Thanks to the people who submitted other Iron Golem costumes and templates on the internet which gave me an idea how to make this costume. 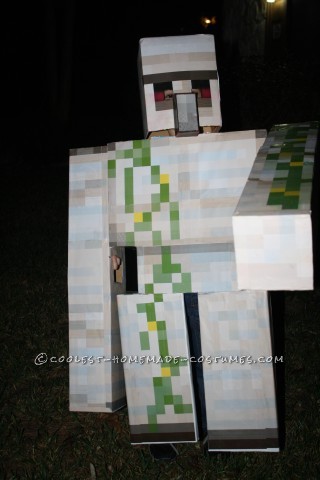 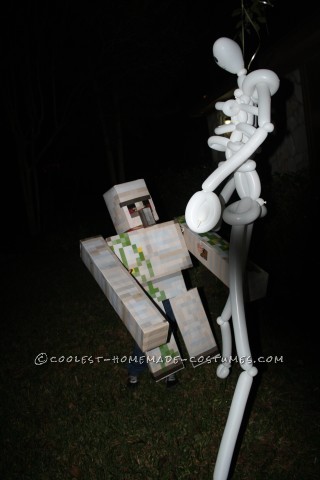