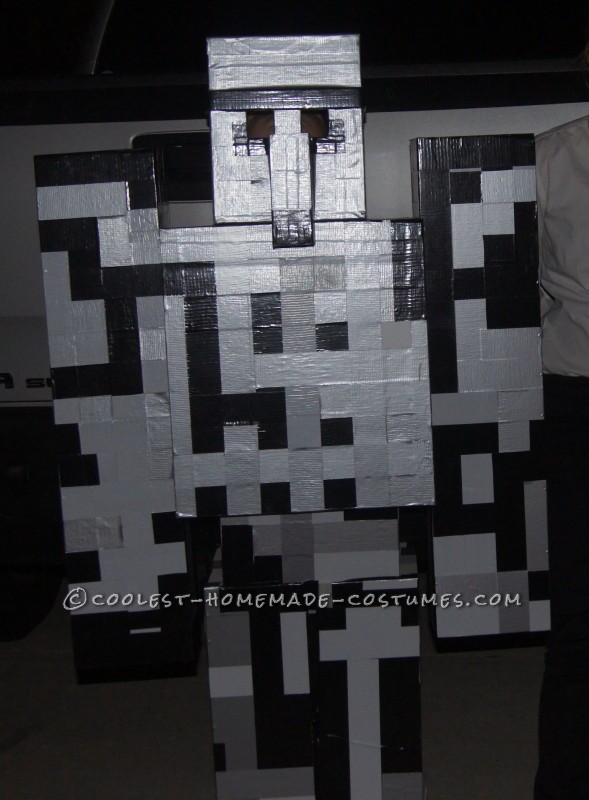 I don’t know about you but I was THRILLED when my son asked me to make him his costume.  I love making my kids’ costumes and the more difficult the better for me.  I love a challenge.  So when my son told me what he wanted to be, I was like “Huh?” I’m not a gamer so I had no idea who “Iron Golem” was.  But I did know that my son spent quite a bit of time playing Minecraft and I knew how happy it would make him so I did it.  It took several days of measuring and pinning together foam poster board to make all the shapes.  You would think that was the tough part but HA! Check out all the duct tape I used! In order to achieve the digital look, I had to cut and layer strips of silver, white and black duct tape to achieve “the look”.  I also had to make the arms moveable so I cut pvc pipe and made sort of hinges for his arms to move.  After all of that, we realized the need for him to collect the candy and the inability to hold a bag so………I made his left “arm” the candy bag!  There was a hole on the top and that was where the people put the candy in.  EVERYONE loved his costume!  Those who played Minecraft were like “That is the COOLEST thing I’ve ever seen!” and the older folks loved that I had taken the time to handmake a costume for my kid – with a candy holder!! 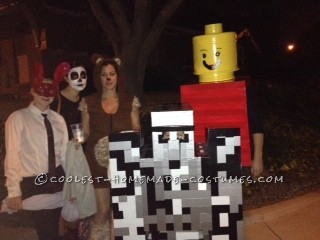 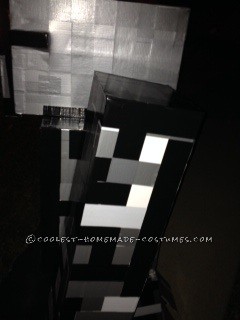