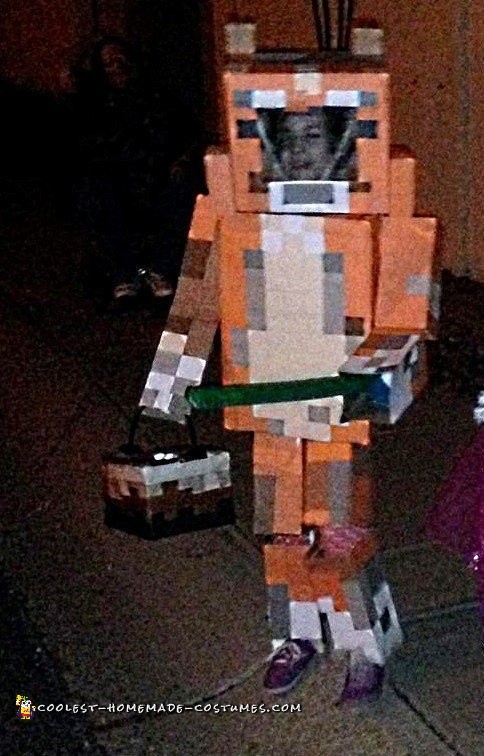 This Minecraft costume was last year’s success. My granddaughter Alana loves the game Mindcraft and asked if I could make her a Stampy costume for Halloween. Always up for a challenge we started saving cardboard boxes, construction paper, tape and glue in July. I started assembly in August! Since the character is pixelated in the … Read more 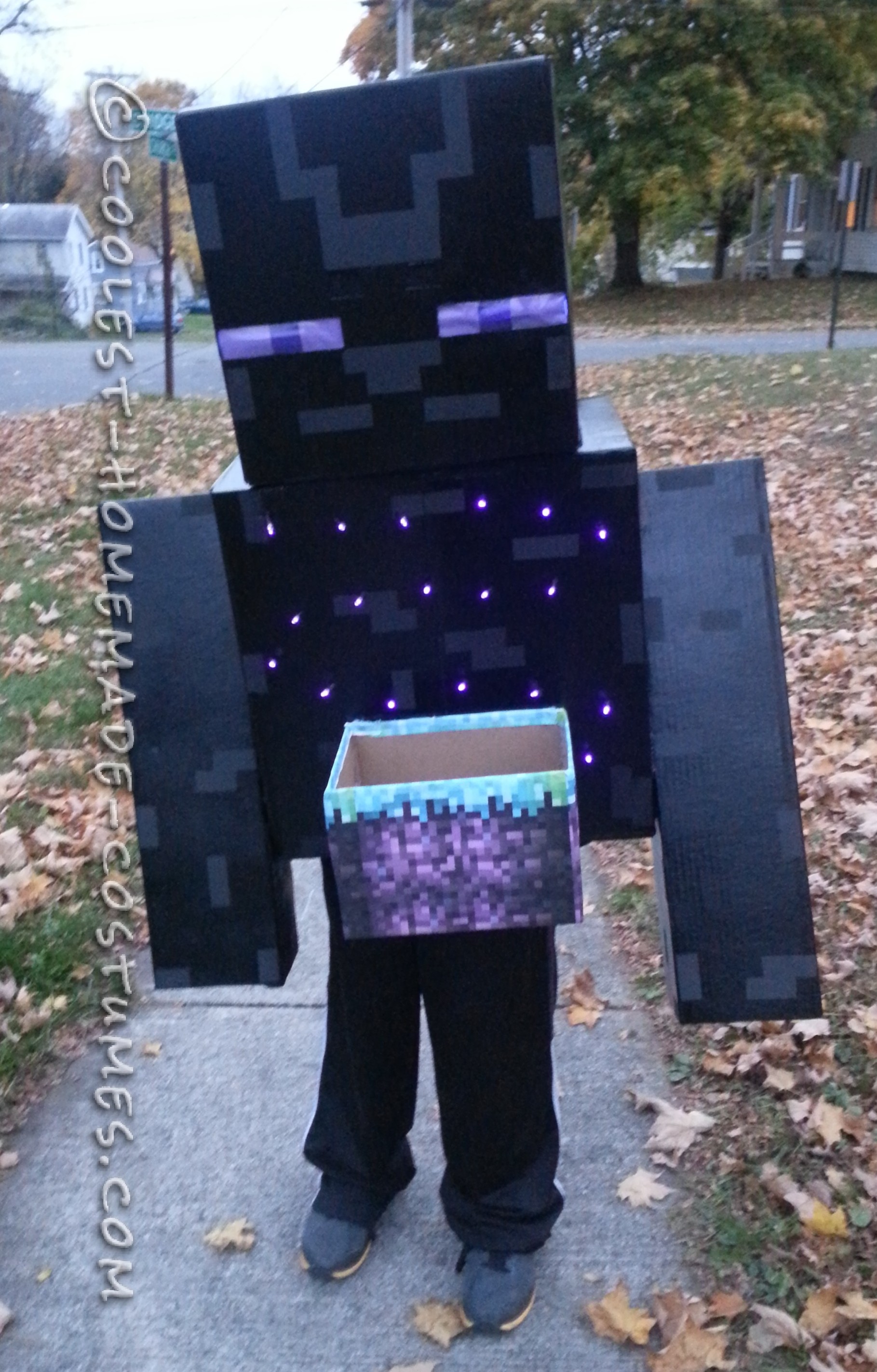 For my 10 year old Minecraft loving son I made an Enderman costume.  I purchased two boxes from Staples for the head and body and one from the UPS store for the arms. That box was very long so I was able to cut it in half and use it for both arms.  Once I … Read more 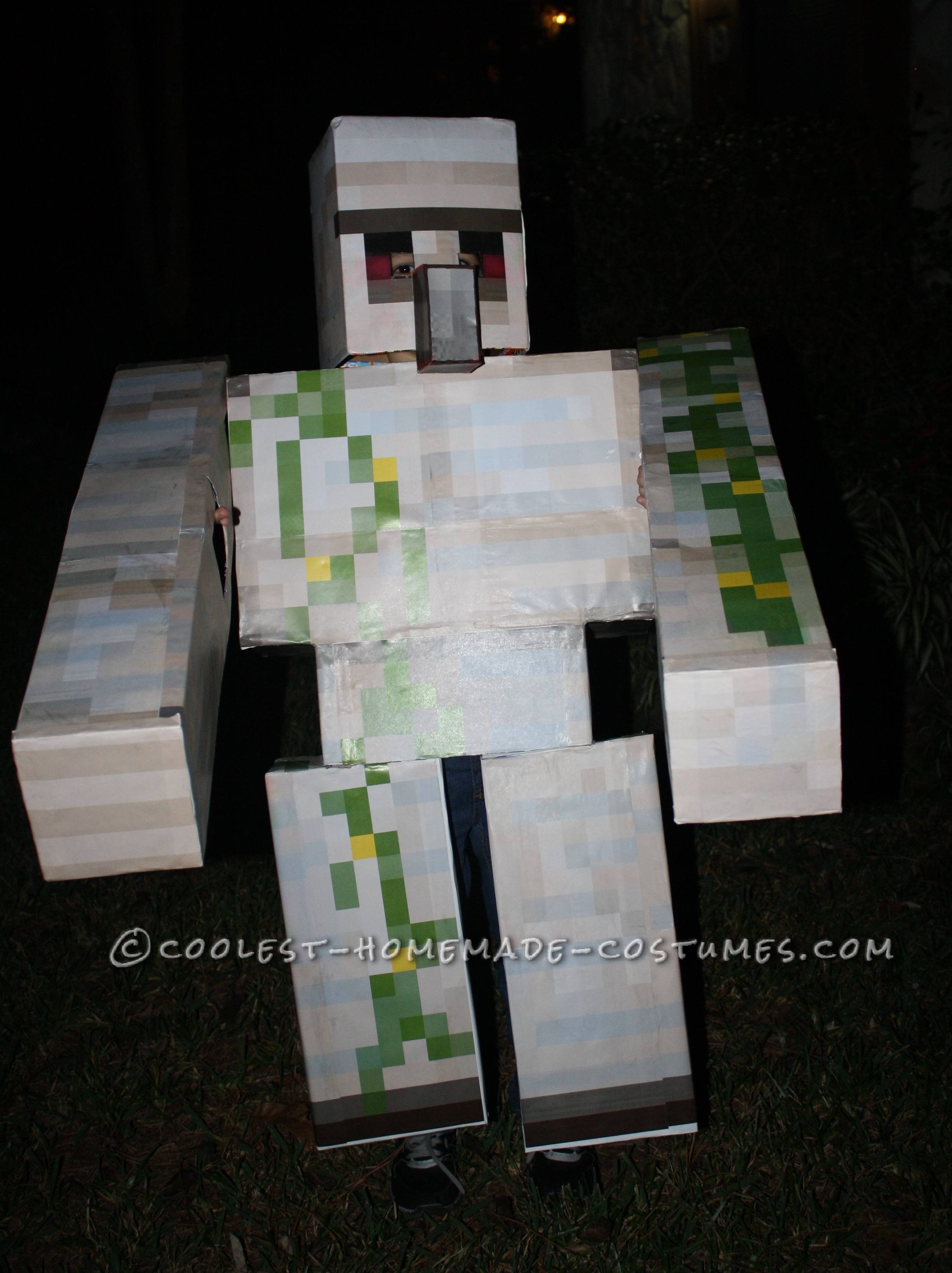 My boy is a fan of Minecraft. He told me that he would like to be Minecraft Iron Golem for this Halloween. The costume was made from carton boxes such as a cereal box, 10 ram paper-boxes and color printed papers. The head was a big 2-in-1 cereal box from Sam’s club. The chest was … Read more 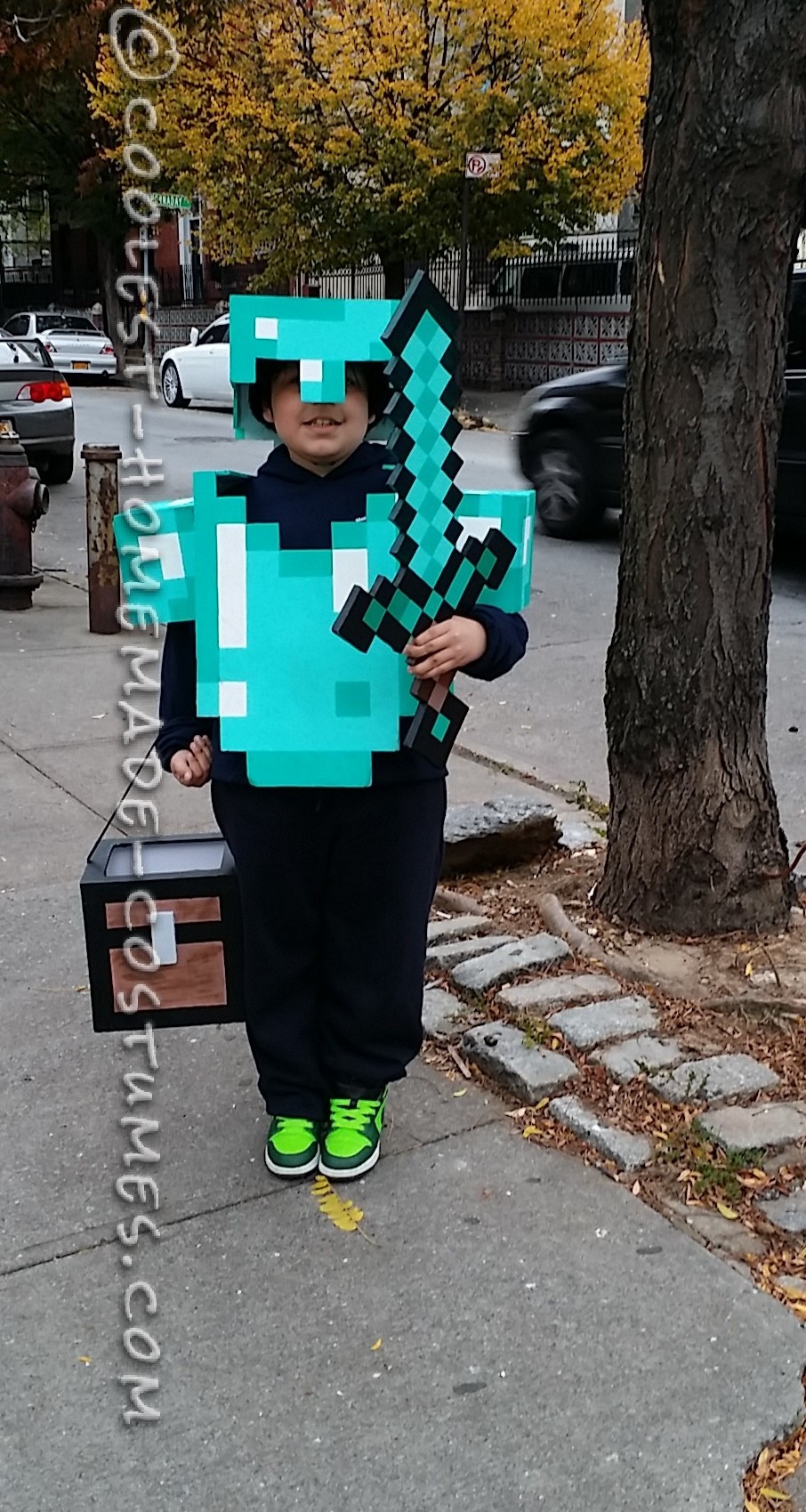 My son, Felipe is a die-hard Minecraft fan. So this year, for all his great scores in school and hard work, I decided to make him his own personal Minecraft armor with sword and chest. It took about three weeks; had to redo the chest three times. I kept getting the measurements wrong. But finally … Read more 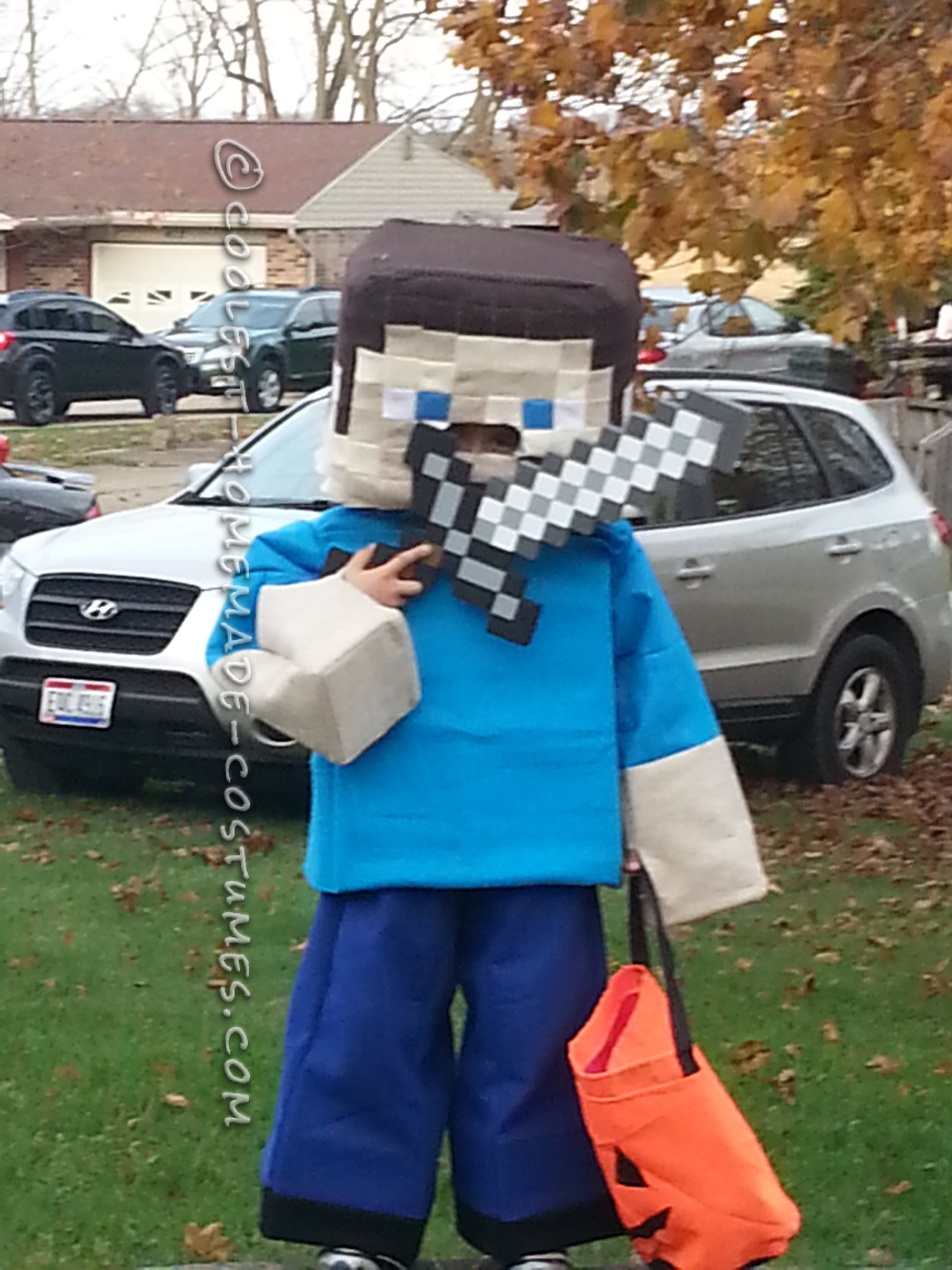 My son, like 99.9% of all 7 year old boys absolutely loves Minecraft. So naturally this year, he just HAD to be Steve. Since I’m also a little obsessive about making his costume each year, I had to oblige… Now no store bought Steve head would do. I wanted something that could survive a couple … Read more 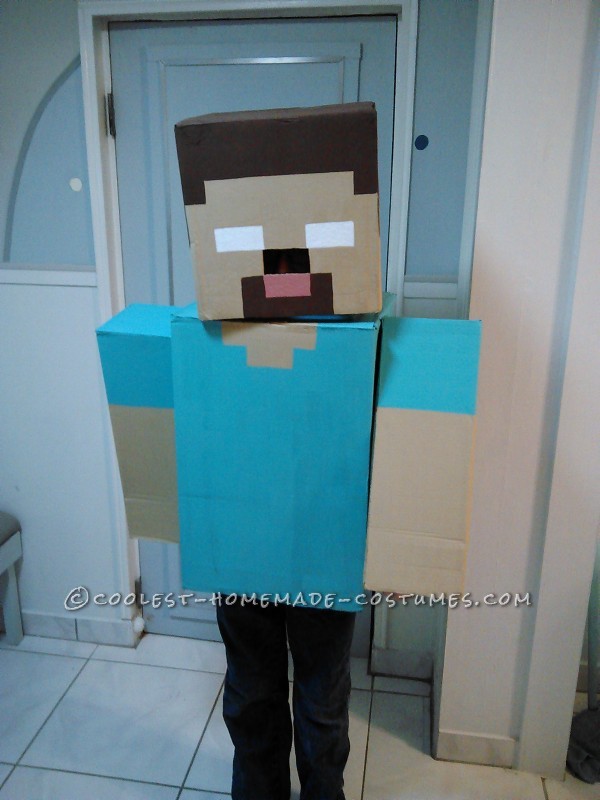 The trick to making this costume for under $2 was to plan ahead. My son knew he wanted to be a minecraft character for Halloween because this year he has been crazy about the game so it was easy to choose a costume. We knew back in June that we wanted to do a Herobrine … Read more 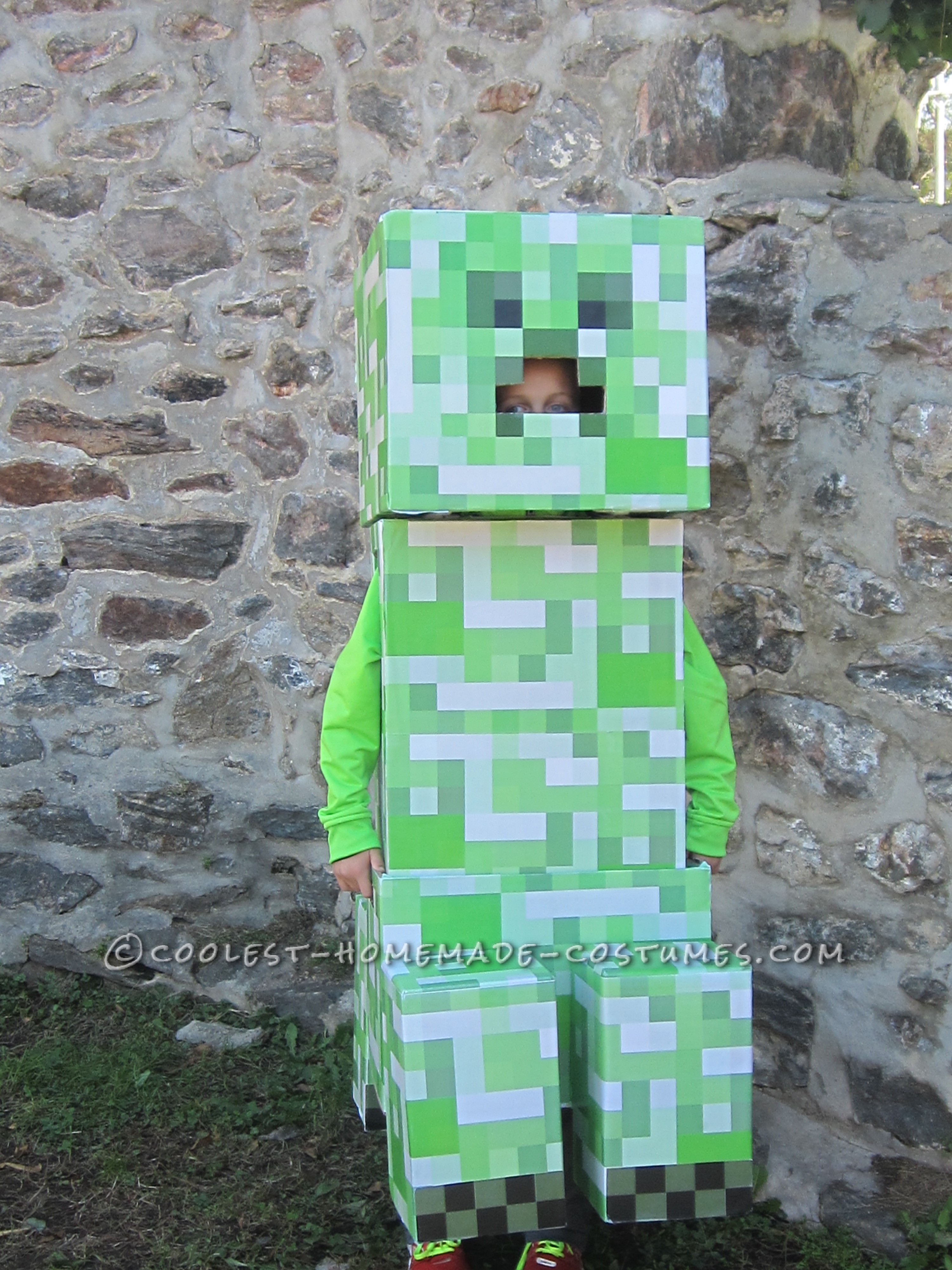 Like many kids today, mine love Minecraft. My son wanted to be a creeper this year and we were up for the challenge. We found some unused cardboard boxes at the local home depot and built each body part from the pieces (head, body, telescoping part of body, and 4 feet). The biggest challenge was … Read more 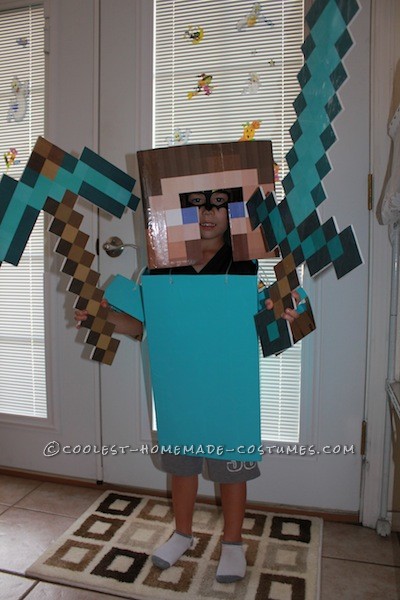 My son (5yo) loves Minecraft and he was asking to be Steve this year 2014. I checked online and there is no Steve costume I can buy. So…. This is once a year big thing for my son. (I know he likes Christmas, But Halloween is more mean it for him). I decide to make … Read more 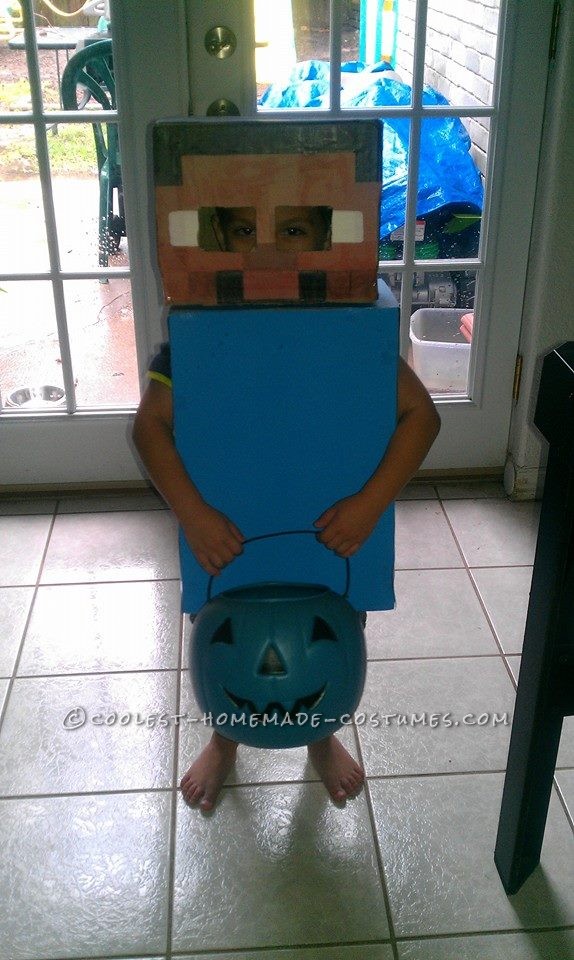 My 4 yr old wanted to be Steve from the popular Minecraft video game. I thought it would be cool and probably very cheap costume. I was sure it would also be a huge hit too ! I started out with looking for a free template of Steve’s head. I printed it out on regular … Read more 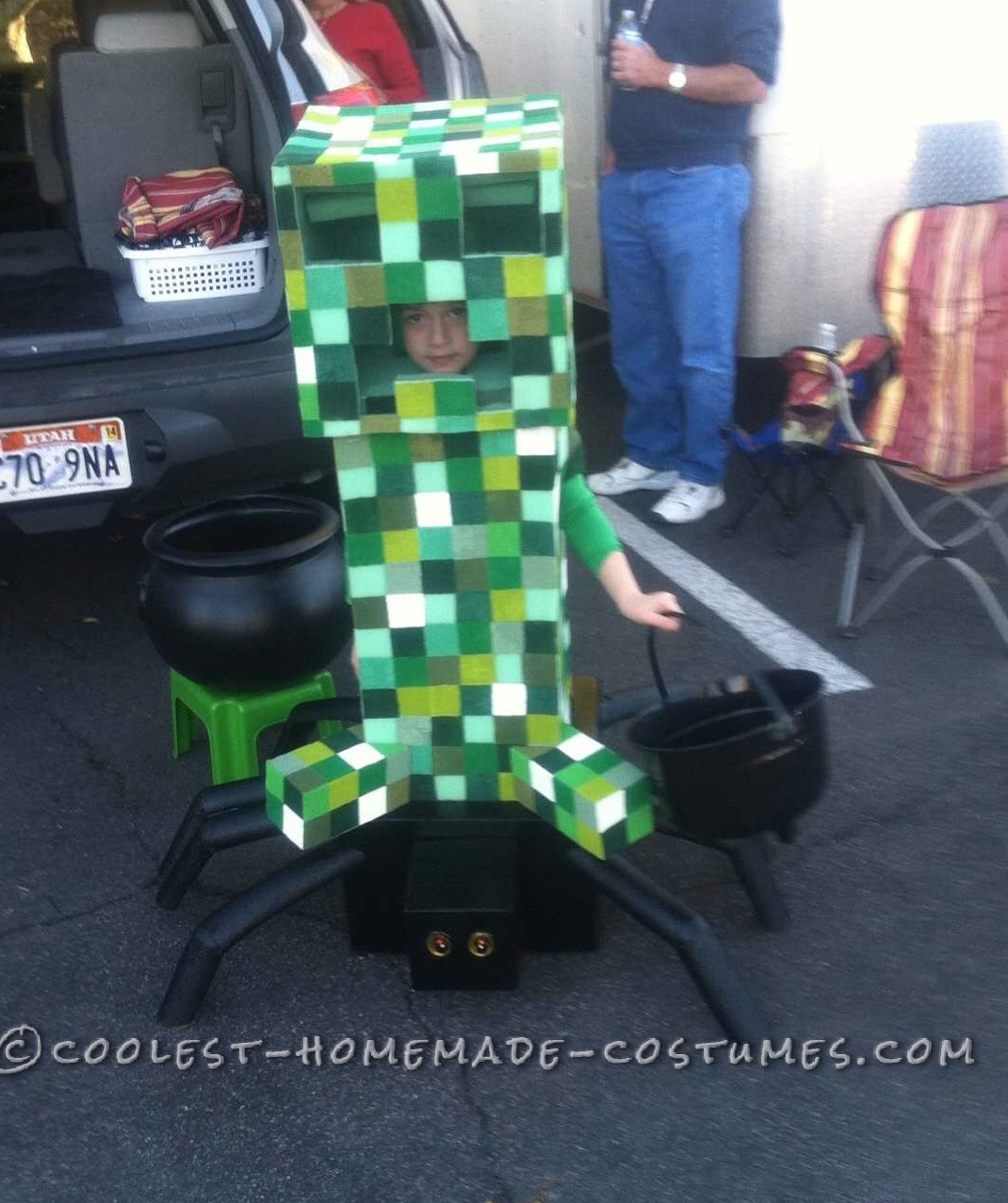 Last year my son was in love with Minecraft. We went to several stores, and I even searched online, with no luck finding a great Minecraft costume. So I went home and started planning. It wasn’t hard to make, in fact quite easy, just took several steps and time to dry. I started with green … Read more 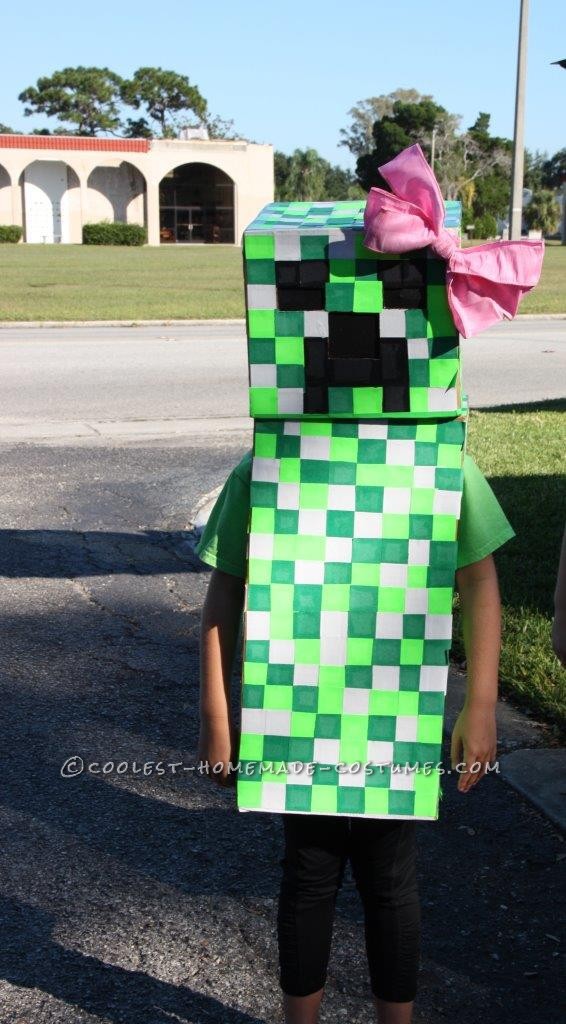 This Minecraft girl Creeper costume was a labor of love for sure. My daughter chose something unique, as usual. I bought different shades of card stock, I sliced perfect little squares and glues them all on, one by one, to make a not so normal pattern onto two boxes.  One small for the head and … Read more 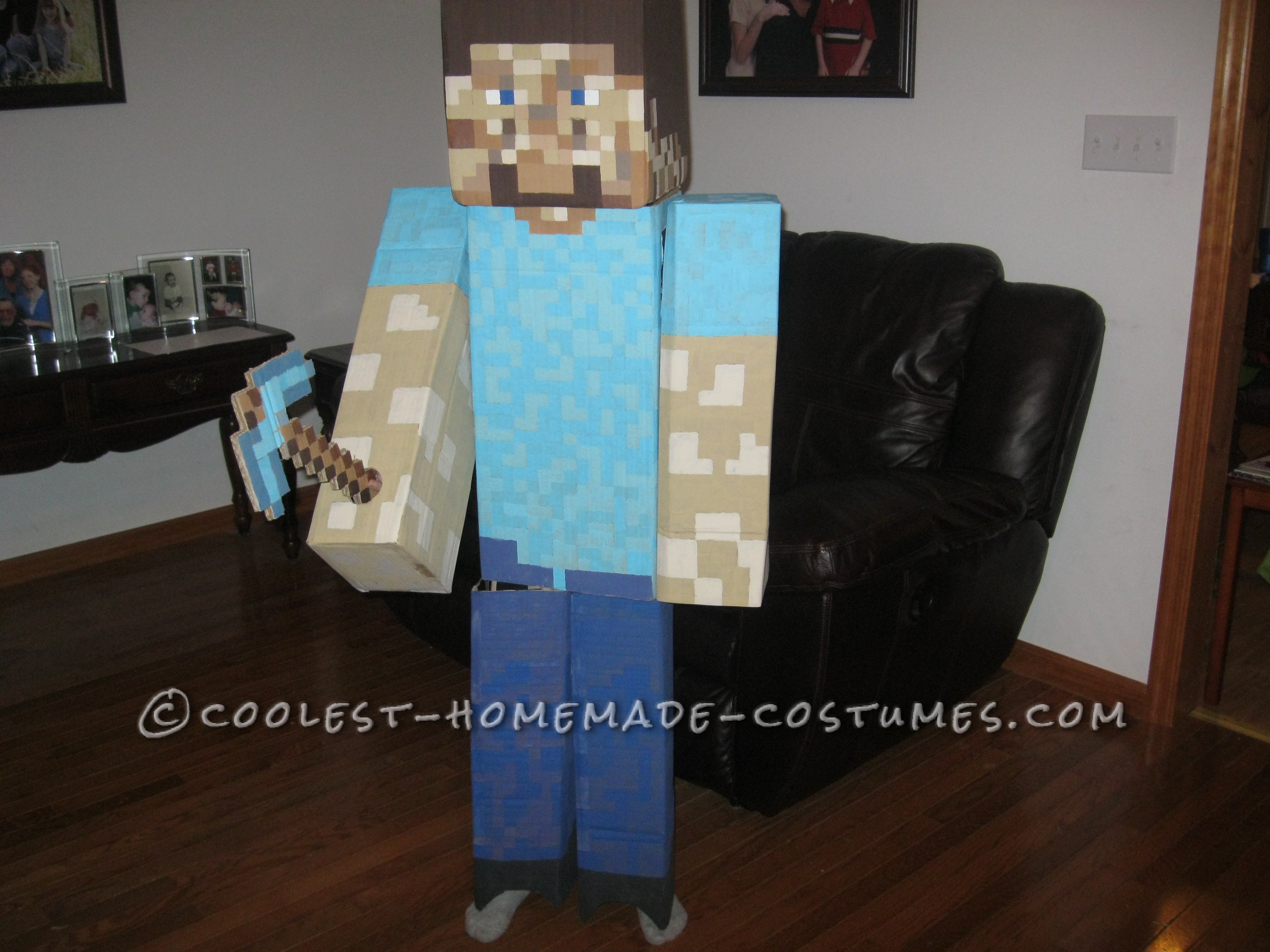 1. HOW MINECRAFT STEVE WAS MADE This first step in making this costume was to get the measurements of my sons torso. The body should have only enough room to slide the costume on with your arms outstretched straight above your head. The arm holes should be large enough to easily slide on. Before trying … Read more