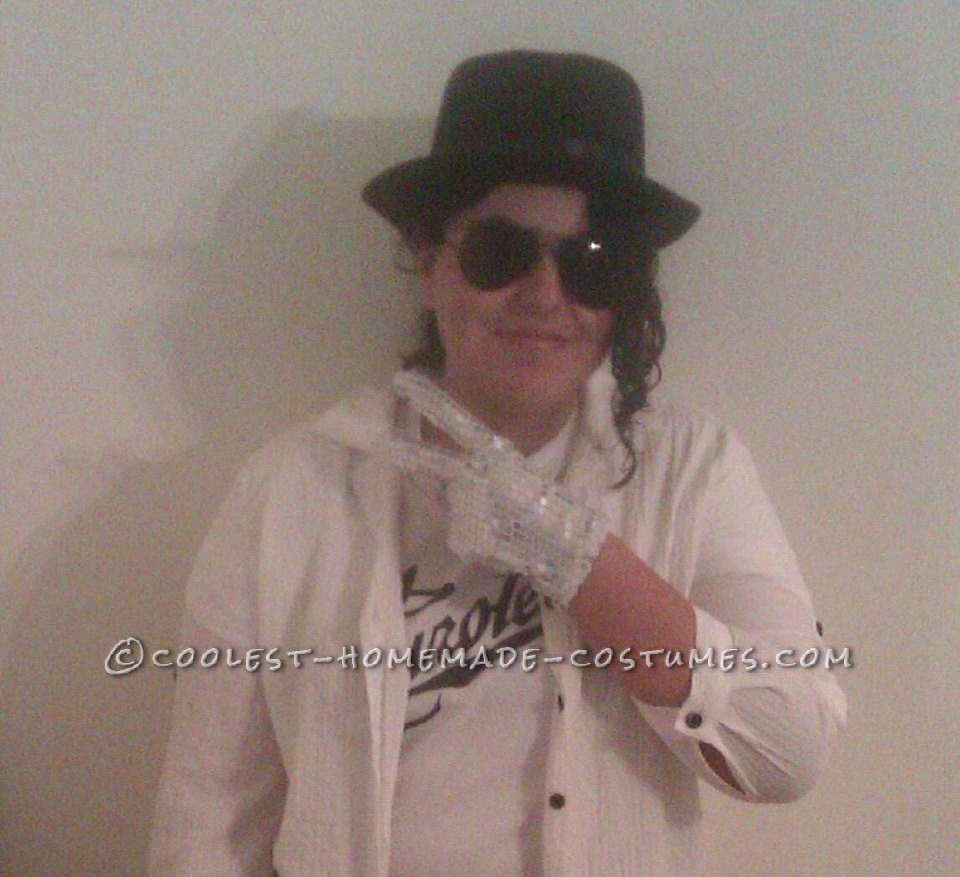 First I brought a fedora, a sequined glove and sunglasses at a Party City. My outfit consisted of a white button up 3/4 sleeve shirt, a vintage tshirt and some black slacks, and my combat boots. I put my hair up into a ponytail and let some loose strands fall in front of my face. The hardest part was finding the right shirt to match with the tshirt i had picked. I wore my costume to school (Im in high school). Many people complimented me and said it was very creative and some people just looked at me for a few seconds and then ask me “Who are you supposed to be?”.  A fellow classmate  started to tell Michael Jackson jokes ( lame ones), for example when I said that I too lazy too move, he responded with “Michael Jackson wasn’t  lazy, he Loved to move” and as I was about to walk leave the classroom, he said “Hurry up, and Moonwalk your way out of the room.”(-facepalm-). Also, many teachers put me on spot and asked to dance in front of the class, to which I said no. I was worried that people would think I was being racist or that my custome related in no way to Michael Jackson, but overall I got positive feedback on my homemade Mj custome, which made me happy that people got the message of my custome; which was to honor my idol.