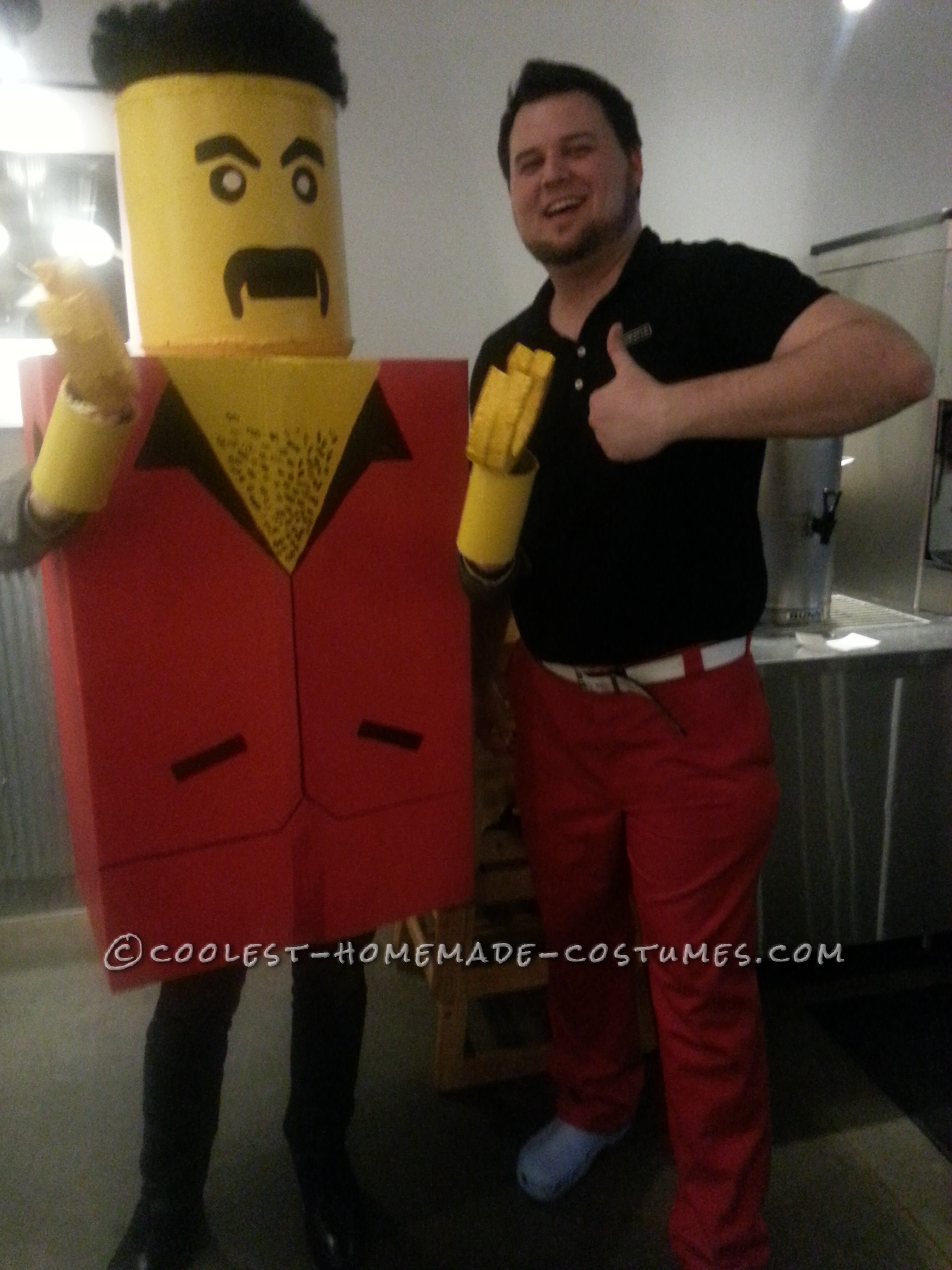 So, the idea was inspired by the Lego movie. A friend of mine and I made the costume out of cardboard, foam, fake hair, plastic tubing and imagination! The costume was originally planned since July, because we have our annual Halloween party at the office.

The costume was actually part of a group of Legos that ended up winning the most creative costume award in an office of over 2000 people. The party is held everywhere and it’s a chance for associates to bring in their kids and also display their creativity and team chemistry in the office. It’s a very competitive event, so every year each department tries to do their best to have the best costumes in the company. Kids were astounded when they saw the Lego men and women walking around and dancing to the blasting music of “Everything Is Awesome” which was featured in the Lego movie. Kids ran up to the associates in the life sized lego costumes and were astounded at how life-like the Lego men looked like. Even the parents got a bunch of laughs in as well as they tried on the costume and marveled at how it was home-made. The costume is held together entirely by glue and scotch tape. The body, head and hands have all been painted. The hair is just a fake wig that we took apart and the face was done freehand with black paint as well. It has definitely drawn a lot of attention not only in the office but on the street as well. The picture was taken at a local Chipotle as they were offering a discount to people who came in Halloween costumes. As soon as I walked in, I could feel the entire room staring at me in disbelief. Being in the costume made me feel like a kid again!