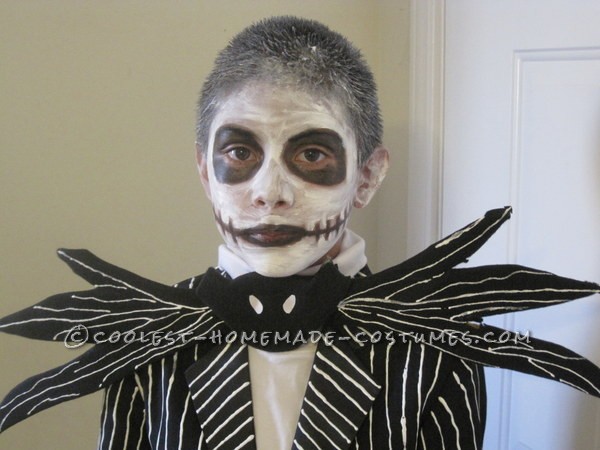 Our Jack costume came about with my second to oldest 11 year old son going to Disney land this summer and coming back obsessed with Jack. So naturally when Halloween came around he asked his father for a Jack costume. We waited with anticipation for the box but, when we opened it there was the urban warrior Ninja. My son’s face just dropped and said can we just paint my face this year ? Or maybe I won’t treat or treat this year. He has done so well on grades this year I thought he needed a treat. I went on-line to find Jack costumes and they were a little pricey for us. I happened to stumble on your wonderful site and found all the great costumes with great ideas. I think we used a bit of everyone’s idea ( thanks so much).

So I went to work. I first went to the thrift shops and found the suit jacket, the pants and a turtle neck all for under $10.00. Then we went to the general store and found white gloves($1.00) , fabric paint ($3.14 for 2 bottles) and last black felt ($ 2.47 1 yard) and face paint ($1.00). Total $17.61. I first started with taping the front of the jacket to look more like a tuxedo, then I started with the front pin stripes. I tried to make them as straight as I could but they came out a little wobbly. It actually made the costume look more like Jack’s outfit.

A day later after it dried I found a picture of Jack’s coat tails and tried to cut them as close to the pictures as possible, then I sewed it to the bottom, inside of the suit jacket and reinforced it with duct tape. Then proceeded with the back pin stripes. Next I moved on to the bow tie. I first made a stencil on construction paper as close to Jack’s tie as I could get it. Then layed it down on card board and cut it out. After I covered the bat face with the black felt and then the bow tie it self, but only in the front. I came down to a time crunch. I was finishing this up on Halloween day. Lastly we painted his face and also painted his hair white using the face paint (hoping it would come off easily, ha-ha).

That night he was excited he received so many compliments on how good his costume was and they all knew who he was right away. He even received an invitation to be part of a haunted house that we came upon treat or treating. They liked his costume so much they asked him to be part of the haunted house. He just smiled and declined as he wanted more candy.

This project was such fun , it gave me and him time together (seeing as he shares mom’s time with 3 other brothers). 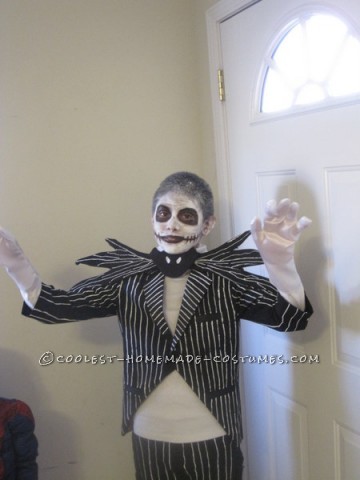 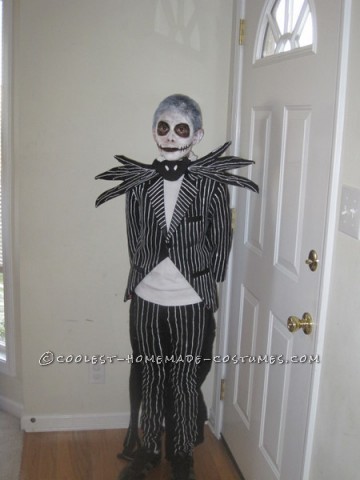 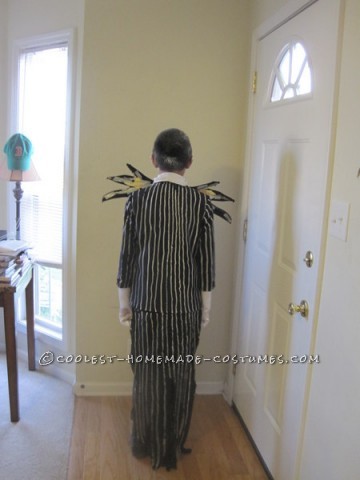 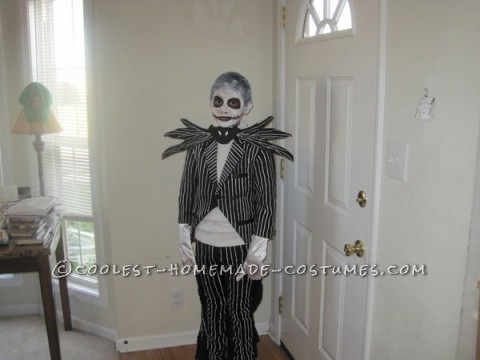 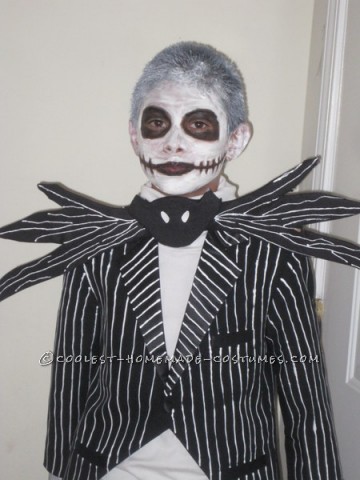 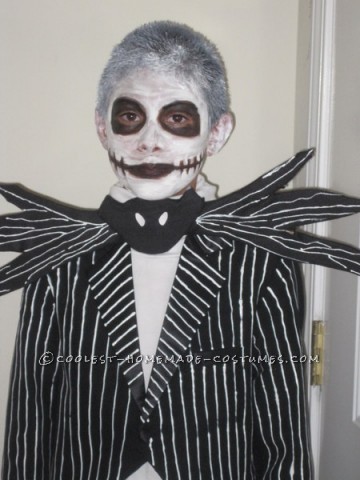 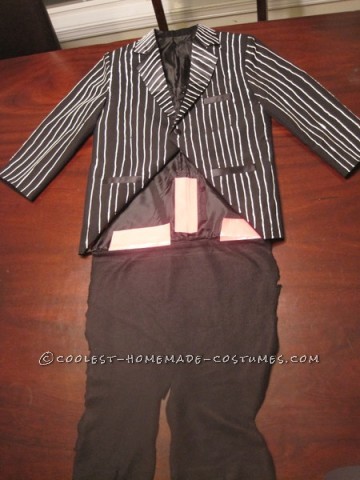 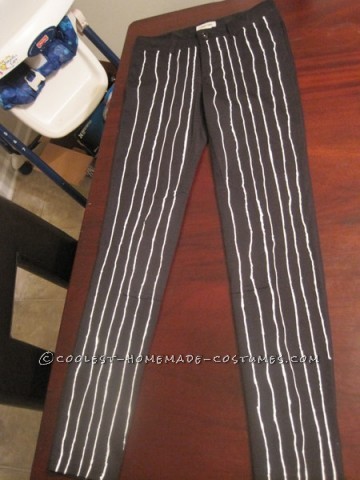 2 thoughts on “Homemade Jack Skellington Halloween Costume for a Boy”