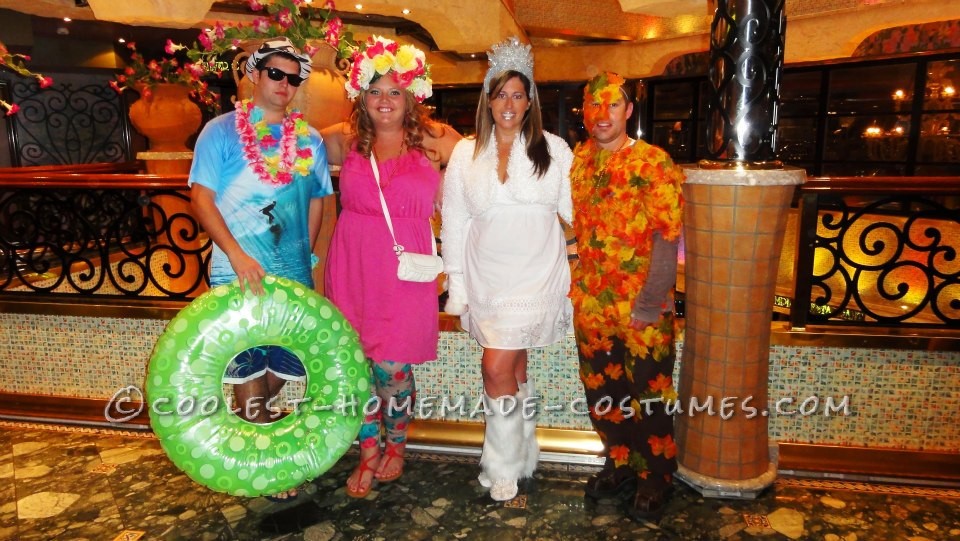 We booked a cruise for Halloween and the next obstacle was picking a group costume that was creative AND travel-friendly.  We saw a few “four seasons” costumes online, but decided to step it up a bit.

The guys weren’t ANY help with deciding.  About a week before the cruise, they expressed how “unexcited” they were about our idea.  So it was a challenge making the guys costumes “cool” and not “girlie” lol. It was a lot of fun dressing them up.  It was almost like when you put a costume on your dog – they have their ears back and look tortured.

For Fall: We bought a brown shirt and pants.  I cut (artificial) leaves off of about 40 “branches” and glued them all over the shirt and pants, making it look like they were “falling” from the top to the bottom.  We got a phantom mask and glued the leaves there as well to make it more “manly”.  We originally thought about having “strategically placed” Indian corn, but decided against it since there were more than likely kids at our costume contest.

For Winter: Bought a white summer dress and glued glitter to snowflakes, then sewed it along the bottom of the dress. I also handmade the “furry jacket” and got the furry mittens and leg warmers. I combined the leg warmers with white fuzzy socks – which I sewed glitter snowflakes on top of. I also made the crown with various glitter leaves and snowflakes. Lastly, added glitter to skin, silver lips and glitter eyelashes.

For Spring: Got a pink dress and floral tights, Made a crown of artificial flowers and drew vines/leaves/flowers all over arms.  Also put pink in hair, bright pink lips and turquoise eye shadow.

For Summer: (This one was tricky, given we were on a cruise, it was hard to “stand out” as a costume!) We found a shirt with the surfer waves on it, of course wore flip flops and board shorts.  We got glasses that would stand out, and the off-style hat.  Also had him wear the tube and a couple lei.

We had a ton of fun making these and made it into the costume contest on board. We got through the first round, but not into the top 2 for the final round. The people who won were awesome – and certainly in character. We didn’t really have a “character” to be.  However, we did get some champagne! 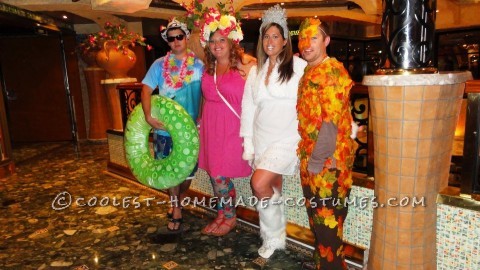 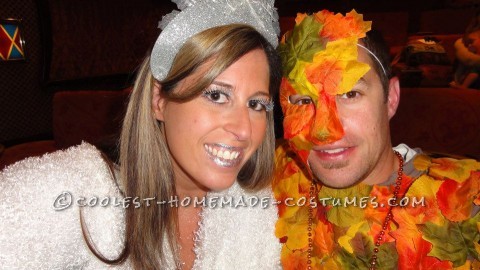 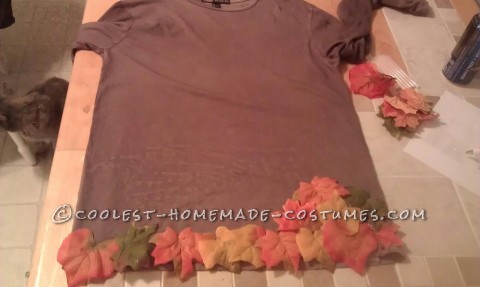