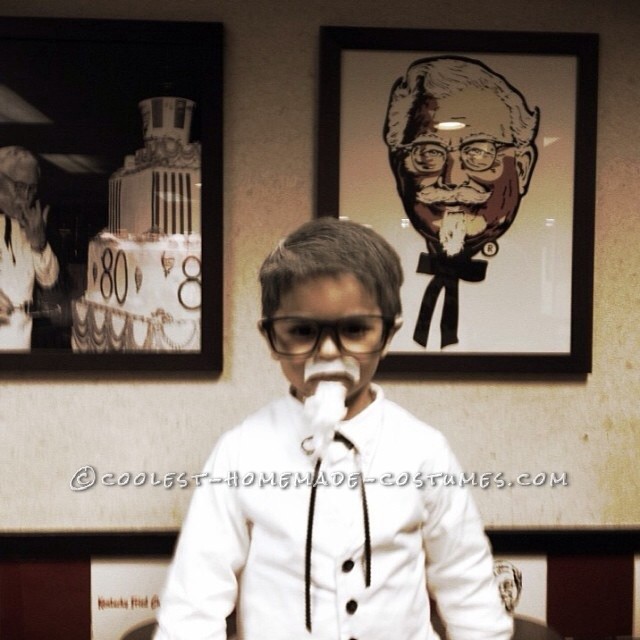 I was planning on making a “couples costume” for my two boys out of whatever my oldest chose. As it turns out my 4 year old couldn’t make a decision for more then a few minutes without changing his mind so I chose for him. I wanted something cute and unusual. So we chose the colonel and a chicken.

The Colonel costume was the hardest of the two. I took a vest and dress pants from a resent wedding and used them as my template instead of trying to wrangle my wild 4 year old for his measurements. I bought plain whtie fabric and got to sewing. The glasses are a dollar tree find with the lenses popped out. The shirt we already had and the white hairspray from another costume. The mustache and beard are sticky felt and cotton balls. We also bought a bucket a KFC bucket for his candy.

The chicken was simple enough. I took an extra white hat I had and sewed black buttons on for eyes and the beak and red thing lol is sticky felt. That sticky felt was a lifesaver/time saver! The feathers are actually attached to the infant carrier so he could walk around with it and be able to easily take it off. Oh and I happened to have orange fabric so I just sewed him some pants and shoe covers.

I was not anticipating the reaction we got! People loved it! Random people walked up to us to talk about their costumes one person even told she met the real Colonel once. My oldest got massive amounts of candy because of his costume. We finished the evening at our local KFC for dinner where they were super nice ame gave my oldest a cookie and discounted our dinner! :) 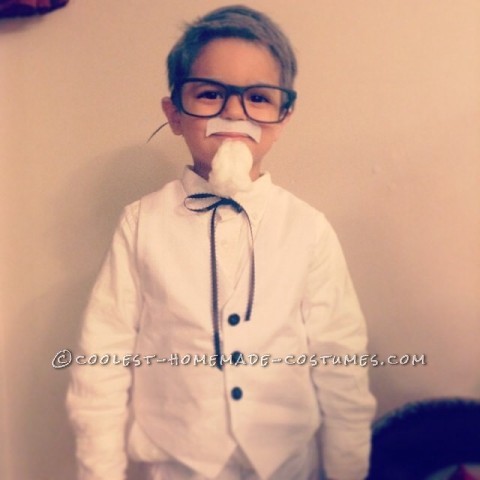 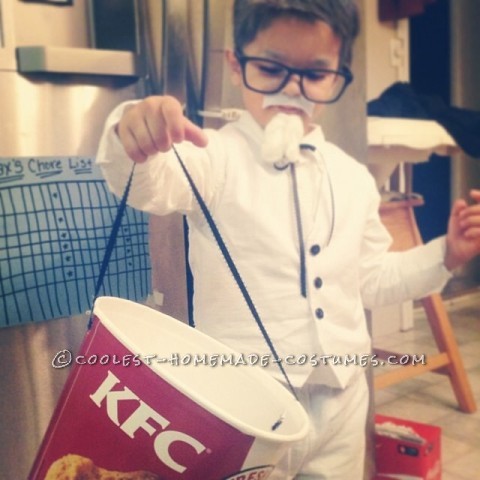 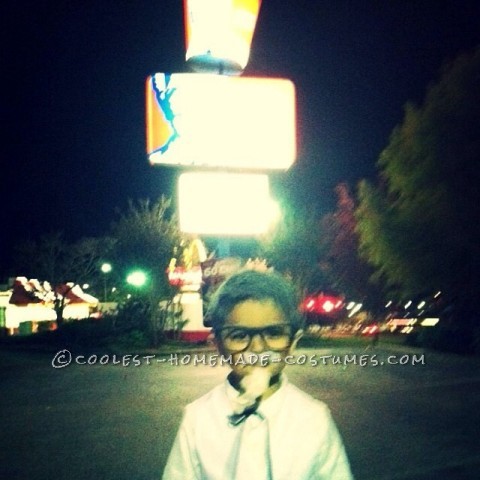