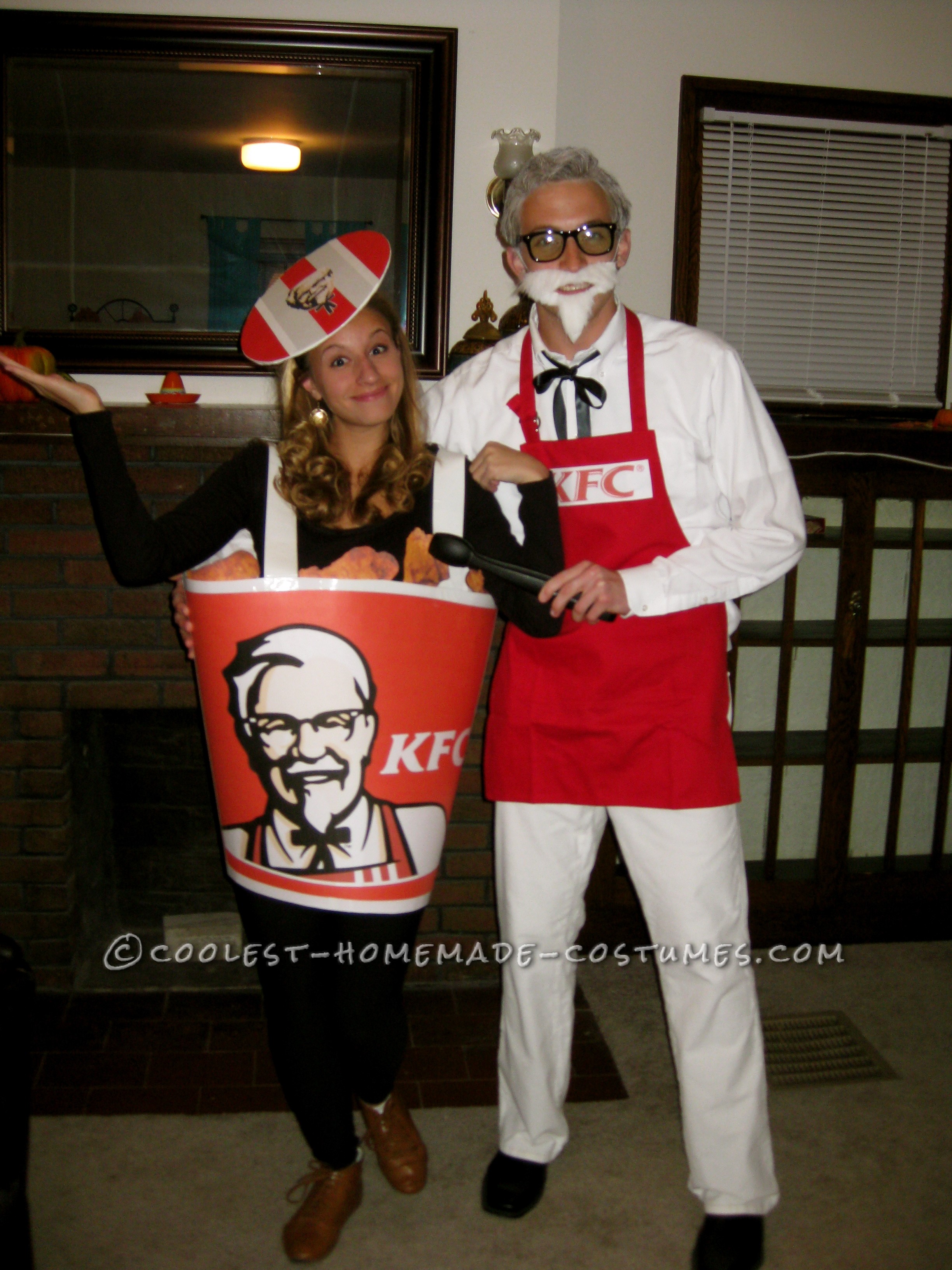 Two years ago, my boyfriend and I went to a college Halloween party as Colonel Sanders and a bucket of KFC Fried Chicken. We wanted to dress as something original that we’ve never seen out at a Halloween party before, something that would bring smiles and laughs to people’s faces, and this costume did just that! It was an added bonus that my boyfriend is actually from Kentucky.

When we walked into the party, everyone cracked up and came over to get a closer look at our work. We received compliments all night about how amazing these costumes turned out, and how they were the best at the party! Several people pointed out the clever placement of my fried chicken breasts (which was genuinely unintentional but worked out nicely)! I make a homemade costume every year, but I must say that this was one of my all time favorites.

Together, these costumes took about three-four days to make in our spare time between classes and homework.

What we used for Colonel Sanders:

What we used for the Bucket of Chicken: 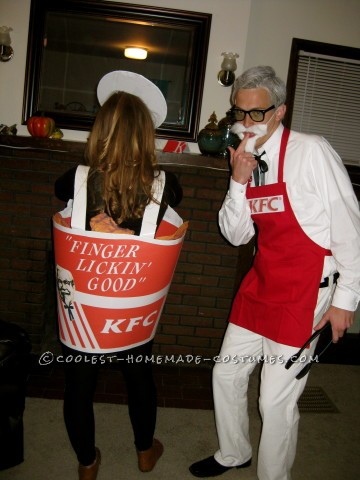 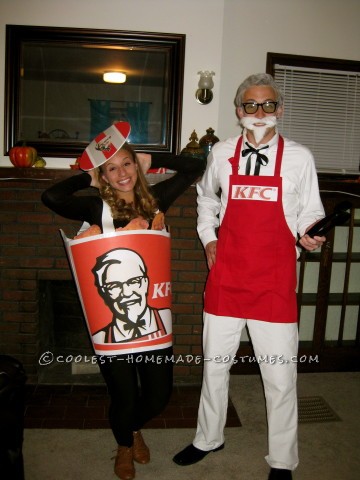 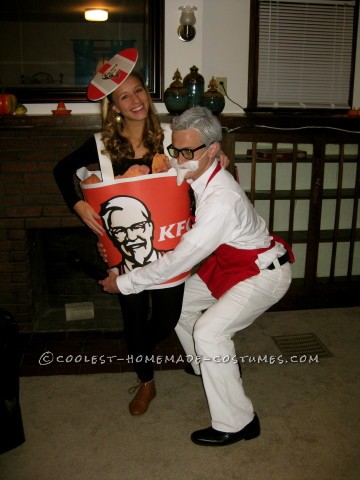