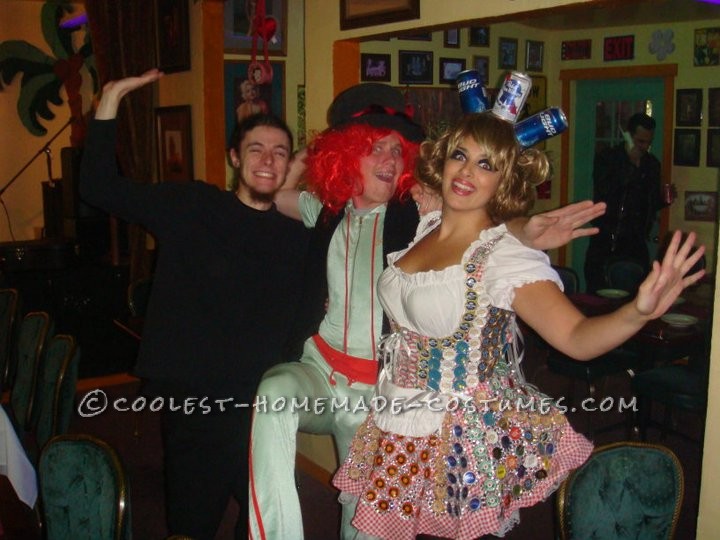 I started collecting bottle caps for this project about 3 or 4 months before Halloween. I had no idea what I was going to do. By the time I actually started working on the beer can wench costume I had over a thousand beer caps.

I bought a dirndle-esque dress and started going to work. I coudn’t figure out a way to get a hole in the caps to sew them, so I hammered each one flat with a sledge hammer and started using hot glue to attach them to the dress. Then I used crystals to fill in the gaps. This dress probably took me two months to make, and it was the heaviest thing I have ever worn in my life.

I made the crown out of empty beer cans and a large headband that I wrapped in silver ribbon. Again I used hot glue to attach the beer cans. I wore a golden wig. I took the zipper out and grommeted the back of the dress and created a corset. If I were going to do this again I would have figured out something else to do that didn’t involve hot glue. That dress was so incredibly heavy to wear.

I didn’t know what to call myself, but this girl at a bar kept calling me  “Beer Can B**ch” so that’s how I think of it.