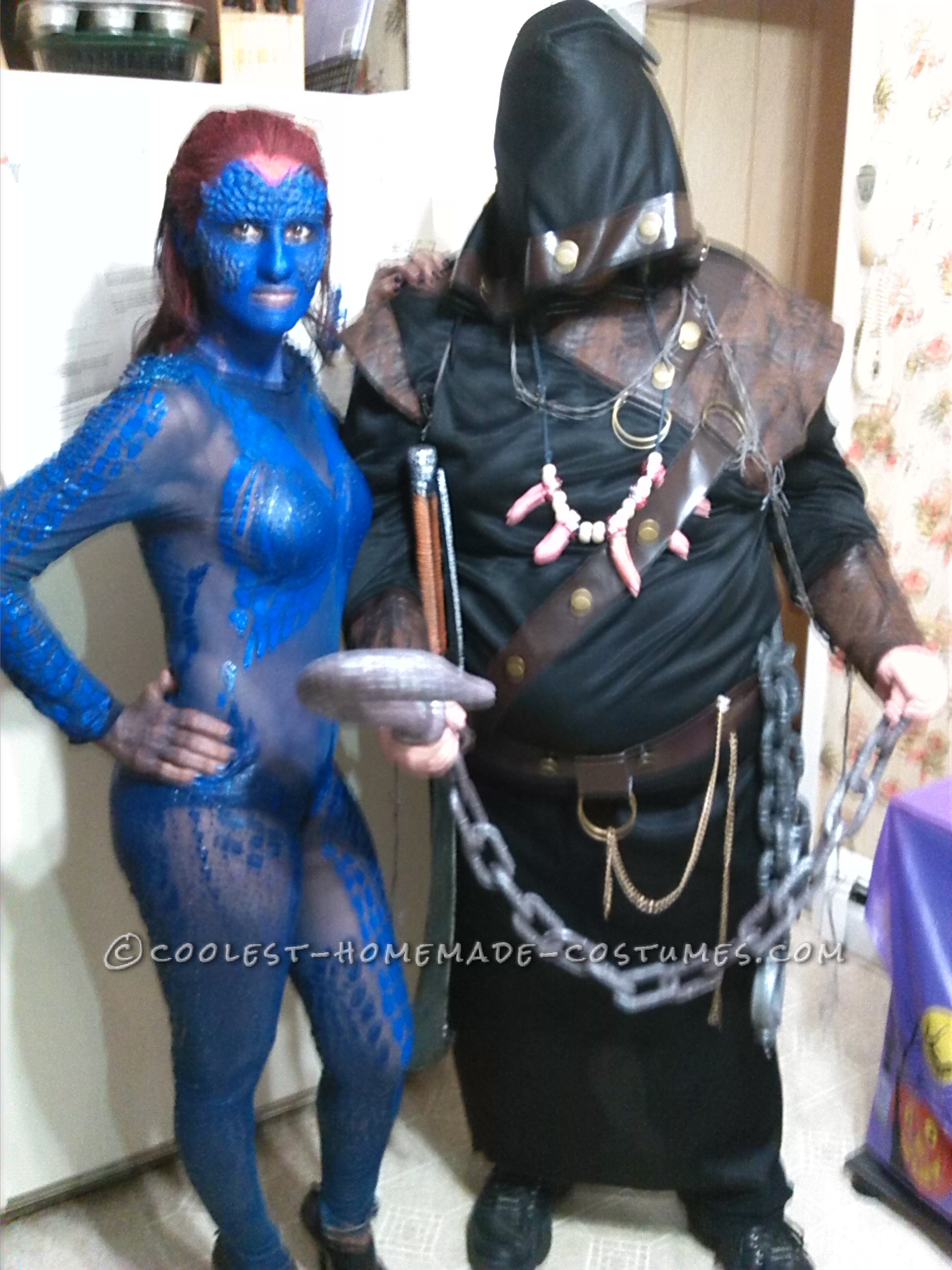 Hello everyone, this is my first homemade costume. And it came out great! I won some great prizes the two nights I wore it! And everyone wanted to take their picture with me.

I wanted to be mystique, but the online costume I saw online were expensive and didn’t really showcased the nude look of mystique silhouette, I looked online for inspiration including this very site, I found very good ideas of how I wanted to make it.

Since I wanted that nude look without actually being naked (I am a mom for goodness sake!) I shopped around for a body suit sheer enough to give me the look I was going for, I found one on amazon, but only in nude color, no blue! I was hesitant, I didn’t know if it was going to work but I headed to Michaels for some blue dye, the material is 80% nylon but leaving it overnight with more vinegar than warm water did the trick. After it dried, I went on to start decorating it, I put it on to make some markings using white chalk to see where my hips started and where I wanted the design to cover parts of my body.

I wanted the designs to resemble Mystique’s scales and other shapes she has going on, therefore I needed something with texture and dimension, I found 3-D paint at Michaels and after making a few drafts of what I wanted, I started to work. Soon after I started making the first designs I realized that since the fabric was really a mesh, the paint was leaking through and not creating that 3-D effect I was looking for.

After thinking that it was impossible to do a light bulb turned on, I decided to use folded cardboard inside the body suit to make as if it was my body inside of it, also since I wanted the designs to feel as scales, I hanged it upside down from the ceiling, (ha ha ha, it looked as if I actually had a body hanging in my room) this also made it so much easier to paint all around rather than doing one side then the other, also as gravity pulled on the paint it would create tear shaped designed that really felt like scales to the touch. I spent three ½ bottles of the 4 Oz 3-D paint to be able to do the whole thing as well as having to retouch some of the designs with a brush.

For the face scales I first made the design on paper by looking at a mystique picture I found online, I used wet toilet paper and liquid latex to make the first design but realized it didn’t hold too good and it unrolled a bit while drying, (I used those on my cheeks), for the forehead I decided to used my daughters play dough to make the individual pieces and using once again the model I made on the paper as a guide, I held it together using liquid latex I bought at party city, and that one came out a lot better! More definition, almost professional looking!

In all, costume was a hit! Can’t wait to see what I can come up with for next year. 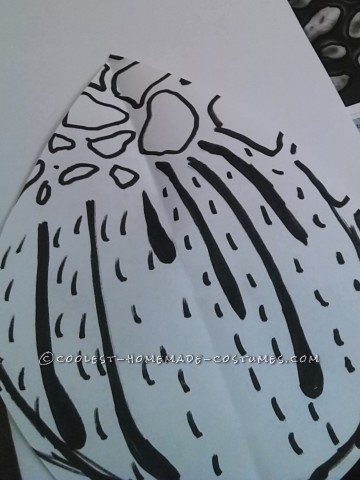 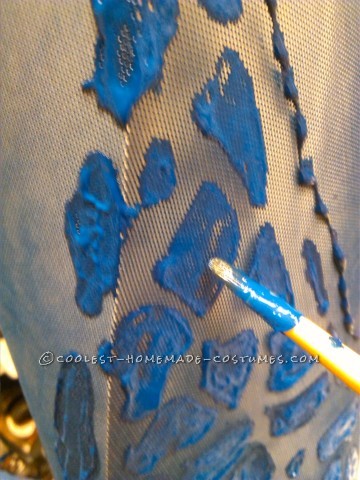 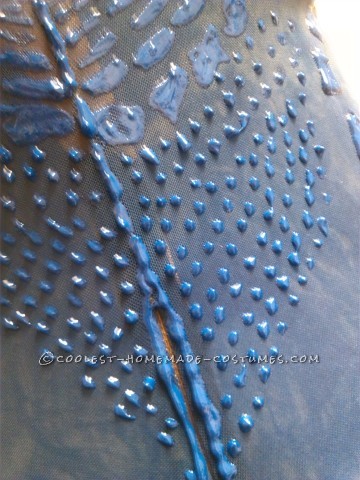 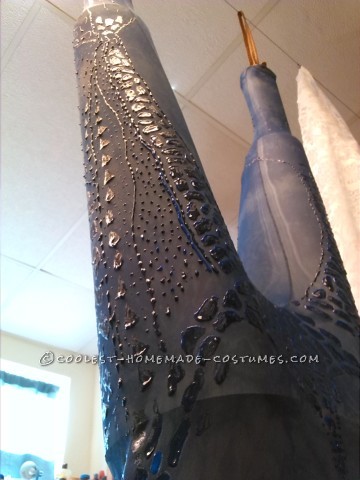 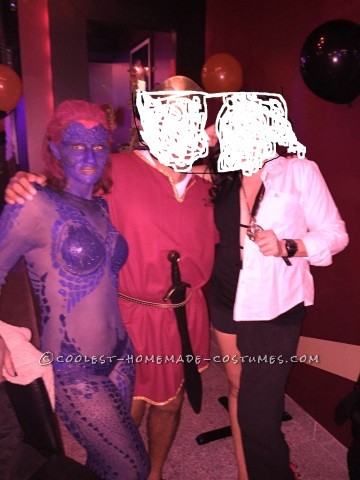