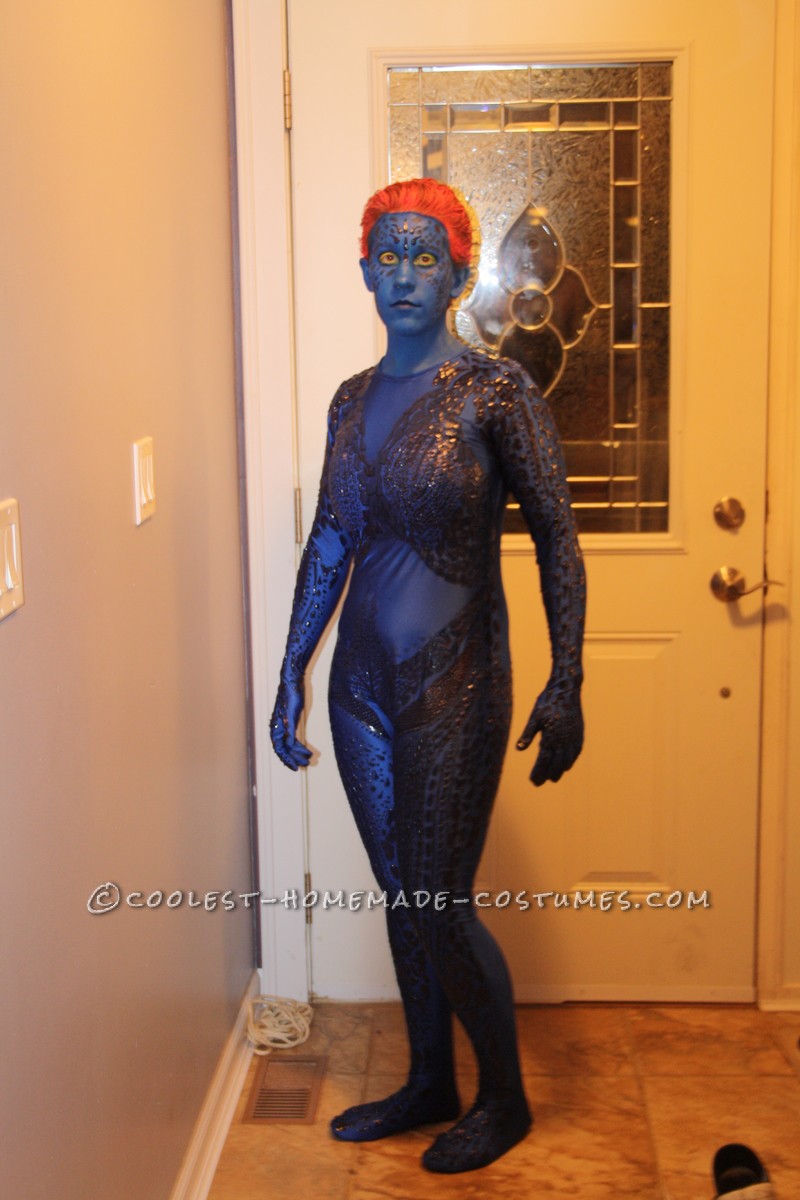 Originally this year I wanted to be Jessica Rabbit from who framed Roger rabbit. But in April I went to a cancer fundraiser and spontaneously decided to shave my head  (I raised 1051 dollars in less than 5 min). But this caused me to have to change my idea of what I wanted to be for Halloween. Trying to think of Halloween costumes for people with short hair I came up with Mystique from X-men. The process of how to achieve the costume then started. First I had to decide “do I be Mystique form the movie or the comic books?” I figured people wouldn’t recognize me from the comic books so I choose the movie character.

Finding the suit
I then had to figure out how to make my costume because I couldn’t find a mystique costume to buy anywhere. Do I paint my whole body? Do I find a body suit? If I paint my body is it going dye my skin blue? I looked around on the internet for different unitards. I could only find ones that were wrist to ankle to neck. This would mean I would just have to paint my hands and feet. But one day walking around in Kelowna (I was on a shopping trip) I stumbled upon a costume shop and found a dark blue Mono suit! If you don’t know what one is they are most commonly known at the Vancouver Canucks hockey games and are the green guys. It was perfect I wouldn’t have to paint my hands and feet. And I’d just have to cut off the head. But how to make the scales?

The scales
This decision was easier I found fabric paint at Wal-Mart and set out to paint the scales. I printed off pictures of mystique with as much detail as I could muster. Luckily for the Jessica rabbit costume I had made myself a dress mannequin out of duct tape and put my mono suit on there. I went along hand painting he scales with the fabric paint. Then after they were dry I would go around one side of the scales with a black sharpie to add depth. I cut off the head and hemmed around my neck. I decided to wear fast flats inside my costume so that when walking around in the bar my feet wouldn’t get wet from peoples booze.

Hair and makeup
I prayed and prayed that my hair would be long enough for the costume and luckily it was. The hardest part was gelling it back because my hair is very thick and curly. Dipidy doo get number 10 was the way to go. And a red hair spray paint worked wonders to make my hair red.

For my face I started off by painting the scales pattern on parchment paper and letting the dry I would later attach them to my face with eyelash glue. For the blue I went through a two different types. I found an acrylic biased liquid paint which was great until it started to crack and then made my face look bad. (I am very glad I did a test trial) so a week before Halloween I went looking for a new option in my small town. I found these wonderful face paint crayons, that go on once dipped in water. They were the perfect blue and didn’t crazy or peel. After applying the blue I then attached the four center scales that I made from fabric paint mentioned earlier. And then painted on liquid latex scales for the rest. After the scales dried I painted them all a darker blue and added some black eye shadow to make them stand out. I also put the dark blue on my eyelids and underneath my eyes. The final touch was the yellow around my eyes. It is the only part of the costume I didn’t go authentic because I really didn’t want to wear colored contacts so I lined my eyes with yellow and made yellow mascara.

The Party
My costume was a hit, everyone loved it. They thought I bought the costume only for me to tell them that I made it in half a year. Some people obviously are not educated in their X-men because a lot of people thought I was an Avatar. I loved my costume I am two years running the best female costume in my small town. When the voting commenced on best costume no one got any votes until I came around. The blue paint stayed on so great didn’t have to reapply at all even after dancing and drinking my pop and water. I stayed sober though the night because I didn’t want to have to shower and wash while intoxicated. My skin did stay slightly blue after but not too bad. All in all I am toughly happy with my costume. I am very glad I decided to wear the shoes inside my costume because the bottoms of my feet ended up ripping with all the dancing I did but I didn’t notice until I got home and got out of my costume. 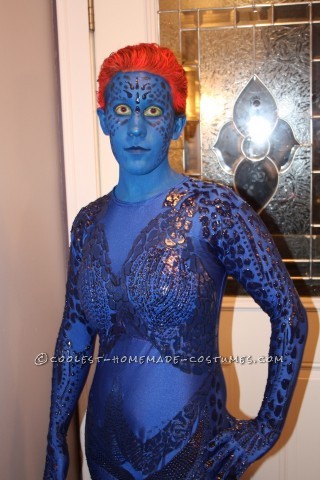 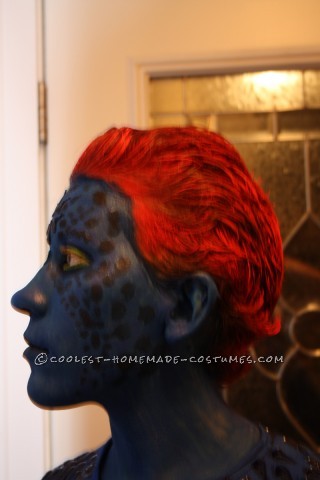 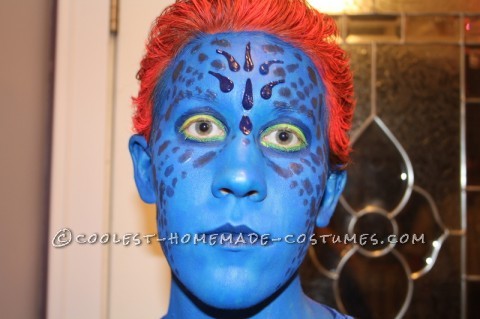 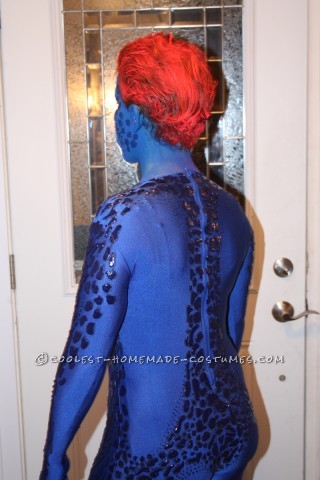 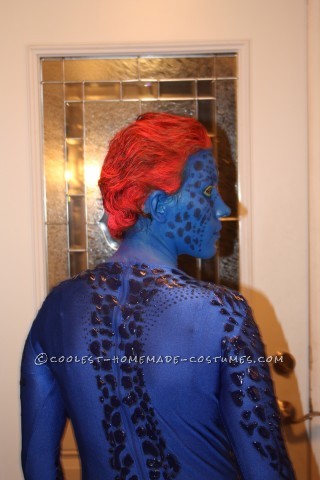 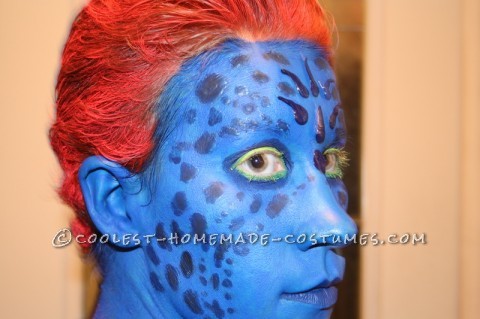