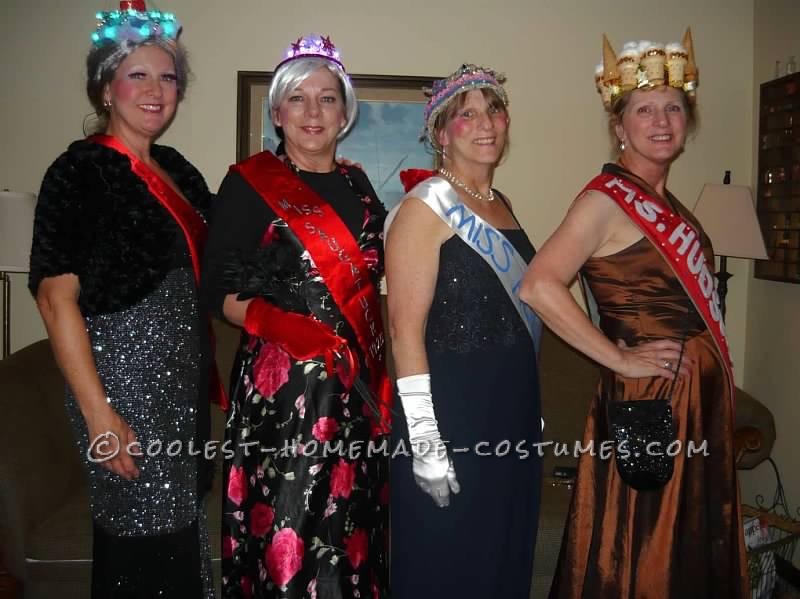 We have an annual sister’s weekend every October and get together in a town in Western Michigan. We have discovered an adult costume parade in the town where we were staying and have participated in it the last two years. It’s a blast. There are four of us sisters and we decided on a theme for this year’s parade, we decided to be “Over the Hill Beauty Queens” and we made a contest between ourselves out of making our crowns. Who had the prettiest, the most original, etc.

We pretty much just used any materials we had on hand to decorate and make our crowns and we also made the beauty queen sashes (which were named after the towns around the parade and we put the year 1925 on the sash – the year is in honor of our mother’s birth year, who recently passed away).

We bought old gowns from Good Will stores and two of us added some gray wigs and we used gloves and some heavy makeup. We added lights to our crowns since it’s a night parade and they stand out! We also had two canes and two walkers and we added lights to them.

We got a very enthusiastic reaction to our costumes I would say, especially with the walkers and canes and the lights added to the experience. The walkers were a good touch, because walking down the street we could pretend we were tired and sit down on them! The people watching the parade loved that. So we did a little acting along the way, did a little dosie-do with the walkers around each other.

We did have a sign on one of the walkers saying who/what we were, the Over the Hill Beauty Queens. Quite a few people told us that we were awesome, it was a fun time! 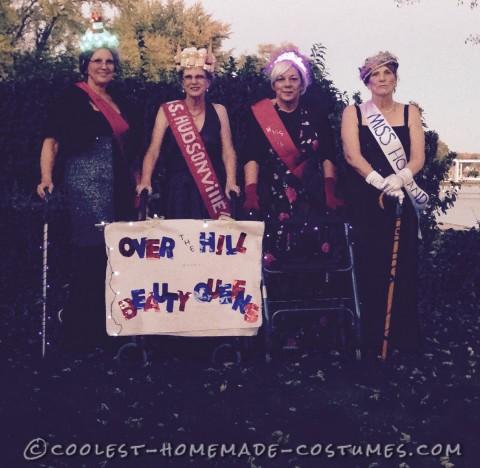 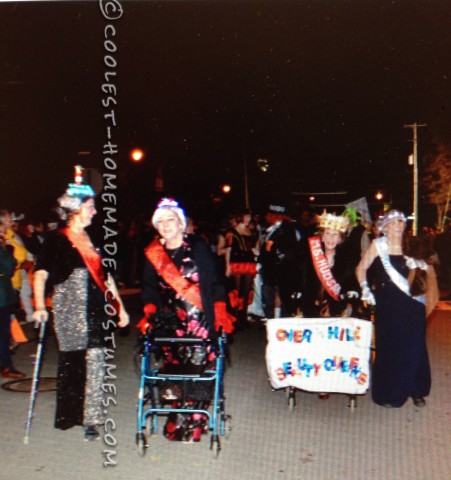 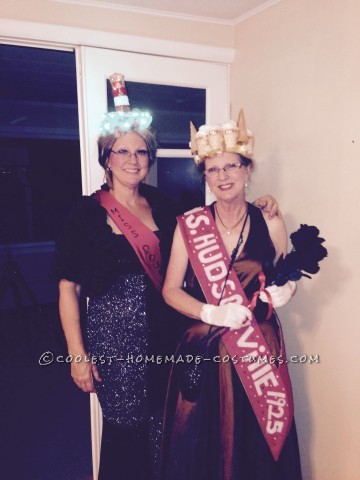 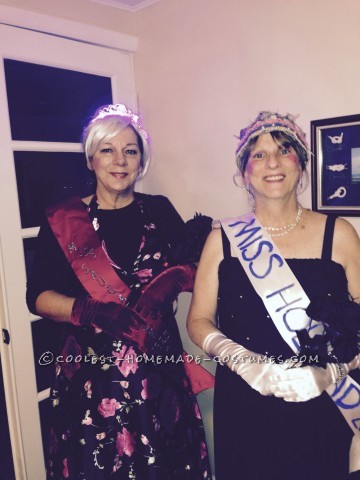