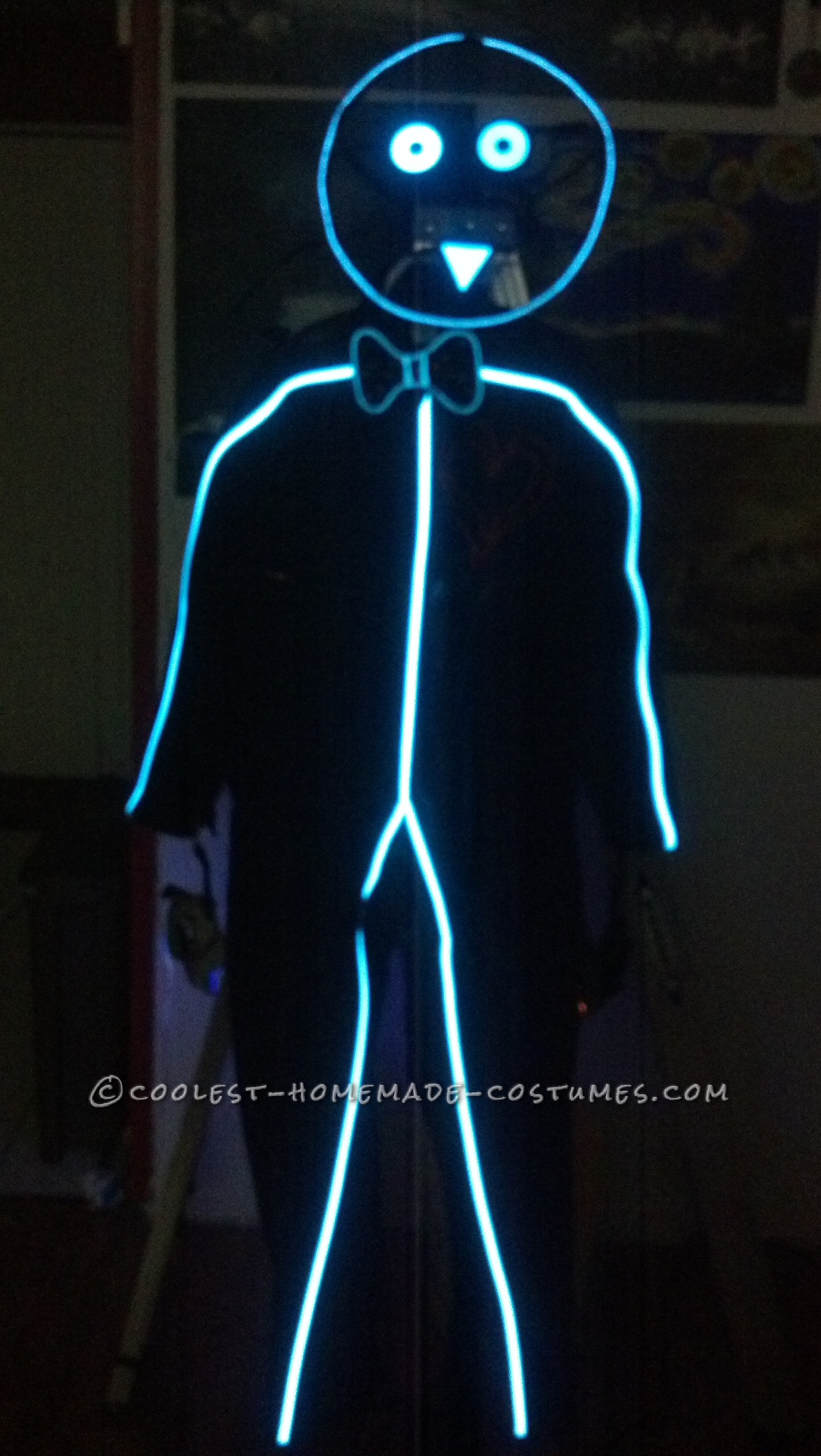 This costume was inspired by the Glowy Zoey baby stick figure costume posted sometime last year. I liked the idea, but I wasn’t a fan of LEDs as it produces an obvious pixelated look. I liked the look of EL wire, but as that had already been done many times over, EL wire is also rather thin and not as bright as I would prefer. So I decided to go with EL tape which is the same material as EL wire, but a nice wide surface that produces a much more noticeable glow.

The EL tape formed the main stick figure shape for both the front and back, but I also used EL wire to make a glowing bow tie, shoes and head. The eyes and mouth are EL panel shapes that worked as a smiley face. The shoes also have LEDs around the base that light up after each step. The inner section of the bow tie also has LEDs that are controlled by an arduino micro-controller making them light up like glowy stars. As a final touch, I made two heart shapes out of red EL wire and used push buttons to activate them on demand. So by pushing the buttons, I could make the heart beat whenever I wanted. The head piece was constructed from scratch by first modifying a catcher’s mask and then using coat hanger wire to make the shapes and cross beams to place the EL panels. I cut up a t-shirt and glued it to the inside to make an inner lining to help separate me from the wiring inside. This turned out to be very helpful because the EL tape and EL wire are all running on 160 volts of AC power. So any contact with a loose wire will shock and hurt like heck. When I finally tested it out, I realized that (at least in Phoenix) the suit retains a lot of body heat, amazingly none of the EL inverters create any noticeable heat.

So I took the costume to a family friendly Halloween event on the 25th and a ton of people were constantly asking us to get a photo with me. Given how large the response was, I might have won or at least been placed in the contest if I had arrived on time. But the next week, on the 31st, I went to a party with my friends and I did win that costume contest based on the applause-o-meter response. I learned a few lessons in this project, but overall, I was satisfied with the results. I started experimenting and testing in February and main construction began in May. I finished the suit by October 1st which came in handy because since the left eye was defective, I had to replace it, and I only electrocuted myself twice! 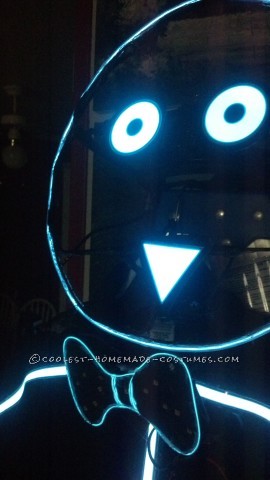 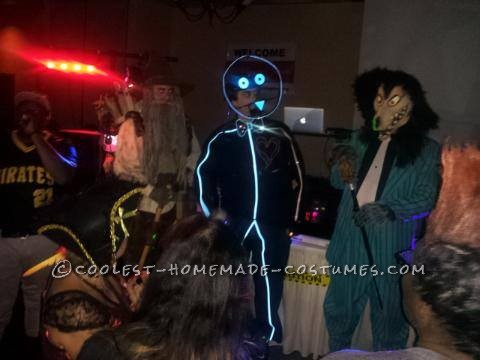 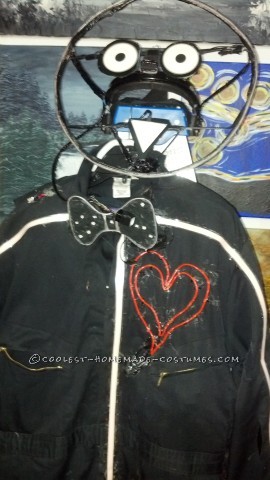 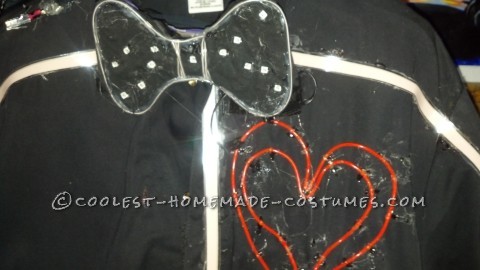 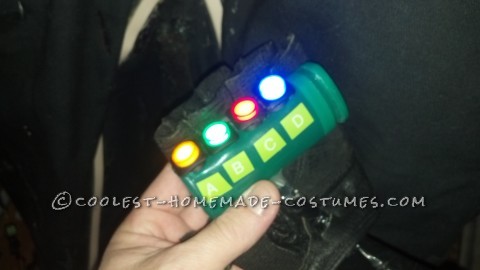 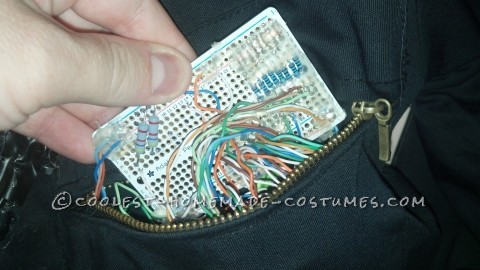 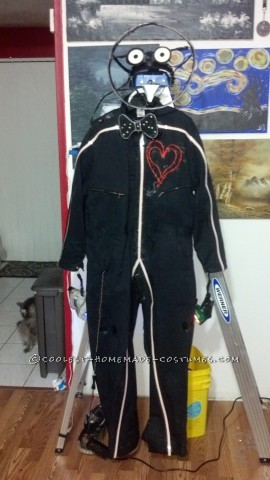