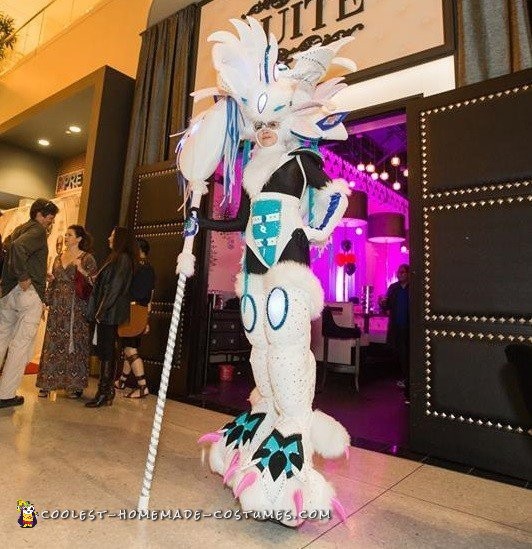 This costume was the product of about six months of work.  It was all based on a simple sketch that I made when bored one day….I looked at the sketch after completion and told myself “I can make that!”.   So the journey began, and me armed with my competitive spirit…set off on a unforgettable journey where my imagination takes hold and pushes my skills to the absolute limit.   The Dream was being brought to life.

The headpiece of this costume was the most difficult to create, as it needed to be very large, able to stand on its own, and extremely light, balanced and comfortable.   I began by duct taping my head and creating a pattern out of it, which was cut up, transferred to fabric and sewn together, it looked like a mexican wrestlers mask and was reinforced by multiple layers of fleece to be able to handle the amount of weight it was going to have to carry.  Then I had to build 3 main foam extensions which were carved out of  upholstery foam and then covered in fabric and fused together, the small ones on the sides and large in the middle.  The double wings were created next and each ‘feather’ was carved from EVA foam and then reinforced with wire coat hangers…each wire terminated down to a central bar in the middle that held all the  wires from both fans, the bar was covered in multiple layers of fabric and fused underneath the main foam spine. In order to make the small blue spines and light domes on the hood I designed shapes on Solidworks and then 3-D printed them, cleaned them off and implanted LEDs and a battery pack. Sequins were added for decor, as was many silver spines…and hundreds of plastic jewels were placed individually on the fabric so I would just light up the room.  A zipper was placed on the back of the hood, and the massive headpiece was fused to the hood. And finally the huge white feather boas were added to trail behind the head.  The headpiece was so  well balanced that I was able to wear it for over 8 hours with no bad results.

The stilts were the second hardest piece on the suit.  The metal scaffolds I had to order from Area 51 in the UK as I ran out of time to make my own.  The stilts are digigrade and make your legs look like the back legs of a cat.  The stilts themselves had a tiny foot, and I wanted giant cat like feet…so the first step was to cover the part of the stilt near the bottom so I could have a bigger  canvas for attaching the  carved foam toe pads. So I sprayed the stilts with expanding foam and carved it into a big teardrop shape right below where my feet were placed. I carved pads to give the feet toes, and pads that attached to the stilts with velcro to simulate muscles.  After all the muscles were in place, both stillts were duct taped and a pattern was created.  The pattern was put on fabric and most was handsewn directly to the stilts.  The claws and light dome near the top were 3-D printed and LEDs were placed in the dome.  And then hundreds of jewels were individually glued to the fabric to match the headpiece.  I carved up some EVA foam and made some nice foot covers with sequins and jewels to add a little extra spice to the stilts too.

The staff was made using a giant dowel from home depot, expanding foam, fiber optics, EL wire and 3-D printed light domes.  The foam was  sprayed and carved at the top of the staff into the shape of a cat head.   IT was duct taped and transferred to fabric, and  once sewn on it was implanted with fiber optics and LEDs.

The body suit was a black zentai suit to cover my skin. The suit on my abdomen was made using a duct taped pattern of my own torso and then cut up and placed on different types of fabric and sewn together. IT had many decorations on it and had a bondage type feel to it. The hurricane charms on it were laser cut by myself and the spines inside the metal rings were 3-D printed.

There were also giant paws and a backpack that went with the suit, but I pretty much kept them for wearing separately as it was difficult enough without wearing them.

The first night in the  Dream was incredible. I had gone to Suite in Bellevue which was in a high end mall, and when I first arrived at the venue, I had swarms of people asking for pictures and asking if I needed help to put on the headpiece…I was very greatful and it took 4 people to zip me into the headpiece.  I walked in the venue at around 10 feet tall and with everyone in complete awe as to what stood before them, the owners offered me drinks for free and when I wasn’t walking around and mingling, I was seated right at the door, like a massive guardian.  My work had paid off and I met plenty of wonderful people, and was offered many jobs for my work, which I believe I will take as I have always wanted to turn my hobby into a profession.  I won the contest hands down and then spent my night dancing and spending time with my best friends.  It was an incredible 30th of October.   The next night was a bit sad, as I slept in and missed the sign up time for the competition I had worked so hard to be in. It was at the EMP in seattle, and as I walked into the venue every person there turned around for a picture or just to drop their jaws.  I almost cried when they told me I could not enter the contest, and turned around to leave as my foot was already cut open from the stilts.  The great thing is, I met up with my friends who showed me one of the best Halloween nights I’ve ever had. And I wouldn’t change that for the world.   The costume took around 650 hours to build and thousands in materials.  I was never able to make the money back, but it was incredible having every single eye on me those two nights.  Nothing felt better than being appreciated for the hard work that I put into that costume.

The best part of this suit, was the fact that it was inspiring. It showed what a person is capable of making if they put their minds to it. And kids really dropped their jaws because it looked as if it came from a dream…..and it did, it was my dream. 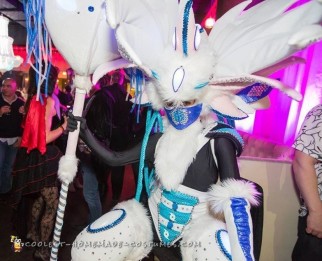 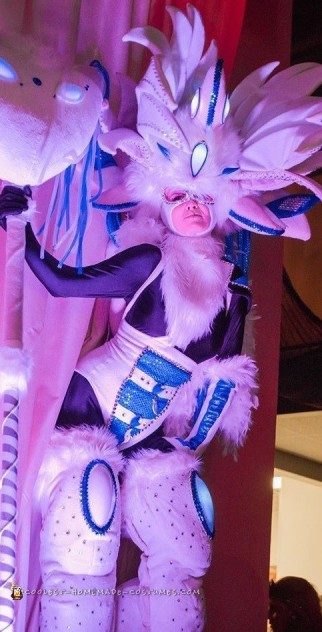 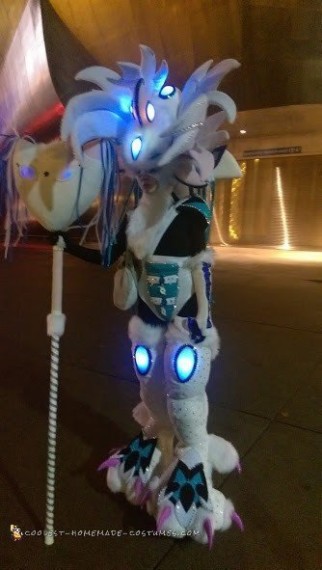 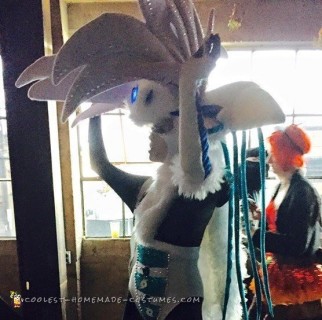