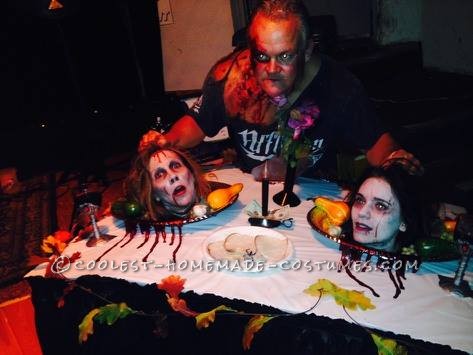 I was seriously sitting at the dining room table when this idea popped into my head, thinking how cool would it be to become dinner!! Not wanting to spoil what my plan was, I worked on it when everyone was sleeping (I’m very sneaky that way).

I started with a piece of cardboard that and added a table cloth to it. Then I started brainstorming for what would look cool and I found some silver platters that I used a saw to cut out the middle. Added some fruit and veggies for that roasted dinner look and made some jello in wine glasses so that it wouldn’t spill. Added few more small touches and dinner is served!

The reactions were priceless to say the least. My son could not figure out how my head was on the table. MANY photos were taken of us, including the guy holding our heads…he was not part of our costume.

Well, I wanted something creative that would also get a reaction… it sure did! 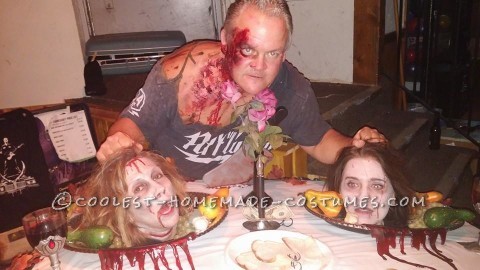 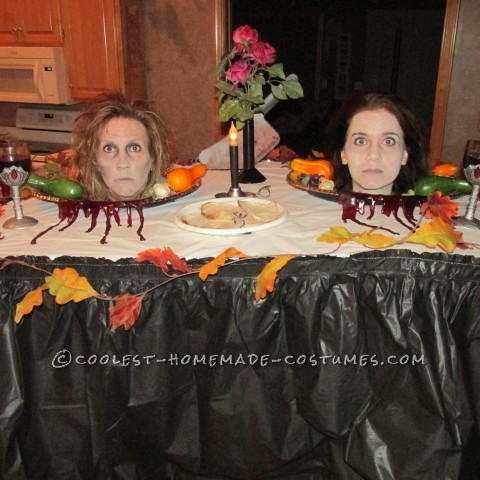 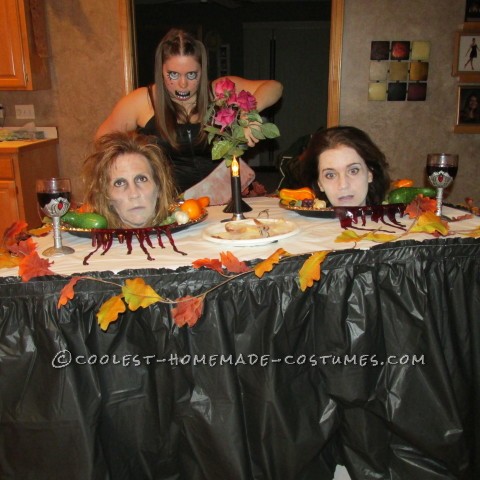