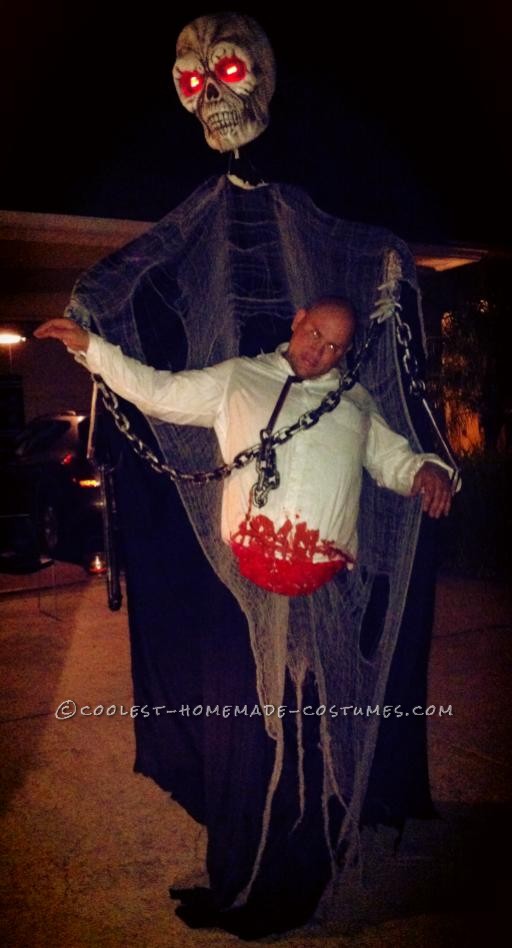 This was actually a last minute costume. It all started with a failed attempt at making a costume using stilts apperently I do not have balance. So two days before Halloween I searched the house to see what I could come up with.  I used an outdoor skeleton and started to tear it apart. I Found a telesopic pole that I use to wash our cars with and taped it to the head of the skeleton.

Then I needed to figure out how to harness this monster. I found a PVC pipe and two old belts and boom my harness was created. I was going to stop here and just be a huge skeleton but decided on a illusion. so half a body was my next project

Now for the body I used one of my old work shirts, used stuffing from a pillow and sprayed insulating foam spray on the bottom for the guts. To colors for the guts I used red spray paint and pink latex. finally added fake blood to give a realistic look.

The costume was comfortable and I could adjust how tall I wanted to have it using the telesopic pole to lower it if I was indoors. I also bought some flare at a halloween store to make it looked like I was hanging from chains rather then the typical fake hands.  I spent most of the night taking photos with kids and passed out tons of candy at a local truck or Treat. The is one of my favorite costume I’ve made and fairly simple for such a large impact. If I had more time I would have made it more gory…hopefully this may inspire others to try it with more than 2 days 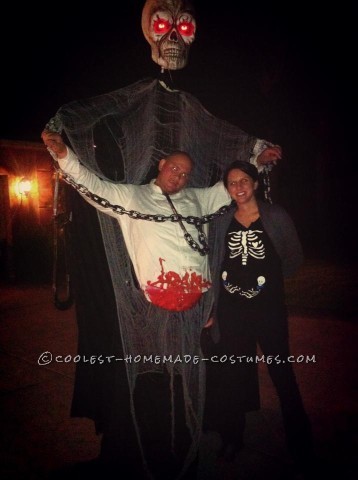 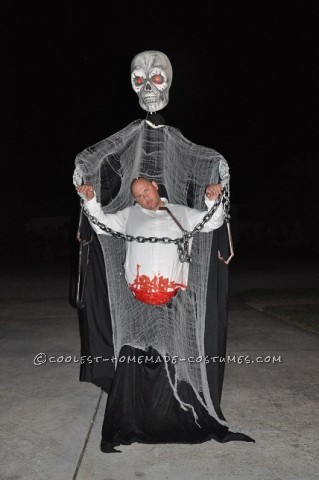 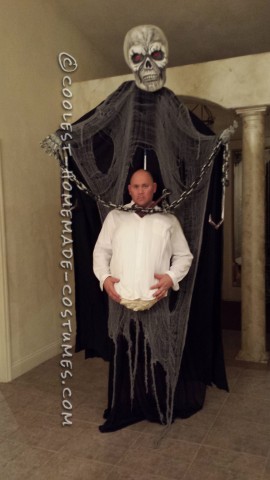 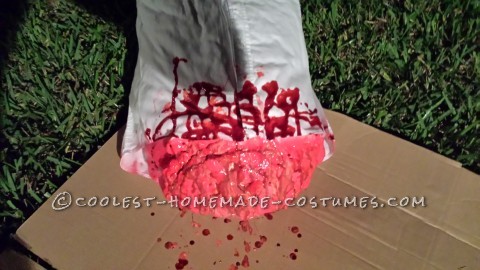 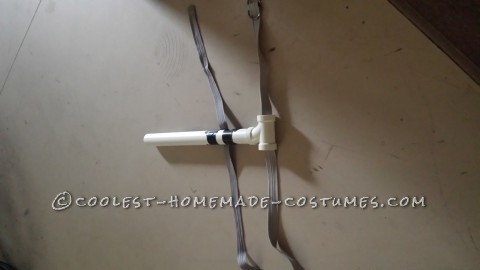