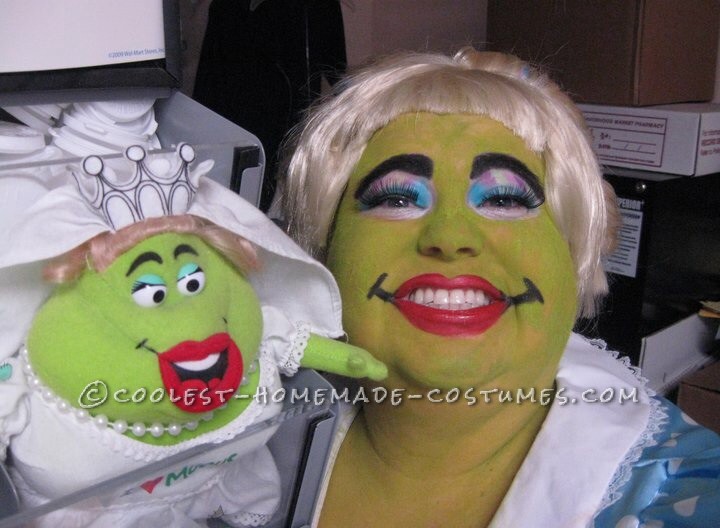 This was a funny one…I was working in the Pharmacy so it was really cool going to work as the Mucinex Lady.

I was first inspired by a Used Goldilocks costume I found at the local thrift shop. It just came to me. I watched some commercials and chose to base my lady off of the one where she is cleaning up with a vacum feather duster. I had an apron and then added some “boogers” with green beads. I also added some patches that said “mucus rules” and sewed some leggings and arms of greens shiny stretch fabric to an old shirt. I used a crusty old wig and sewed curlers into it. Last I used the doll from the Pharmacy we got as promo to do my makeup inspiration. The reaction was priceless! Being so close to the doll and having a bunch of Mucinex promo items out on the floor really helped identify what I was…i did have one little girl think I was Fiona from Shrek though. I cam in 2nd at the work contest…some said I was robbed…lol 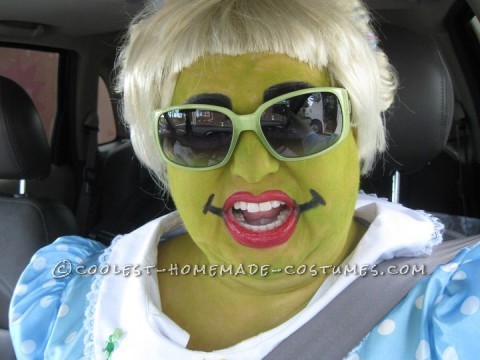 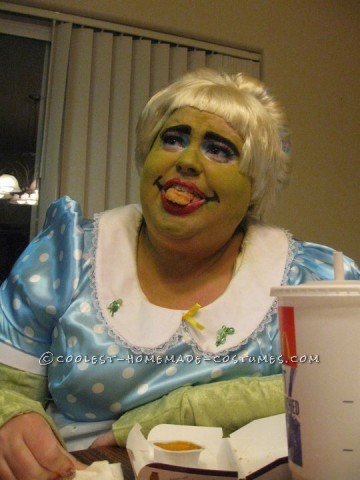 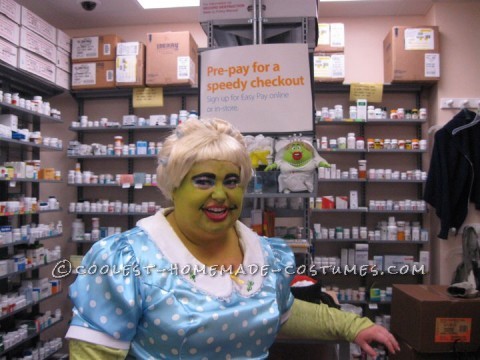 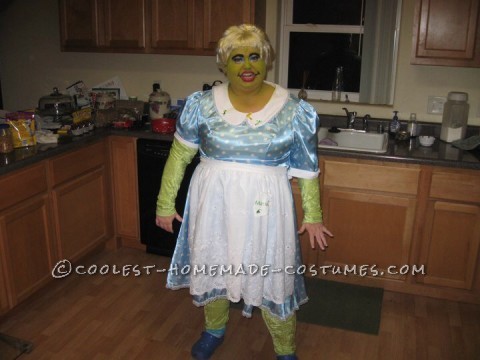