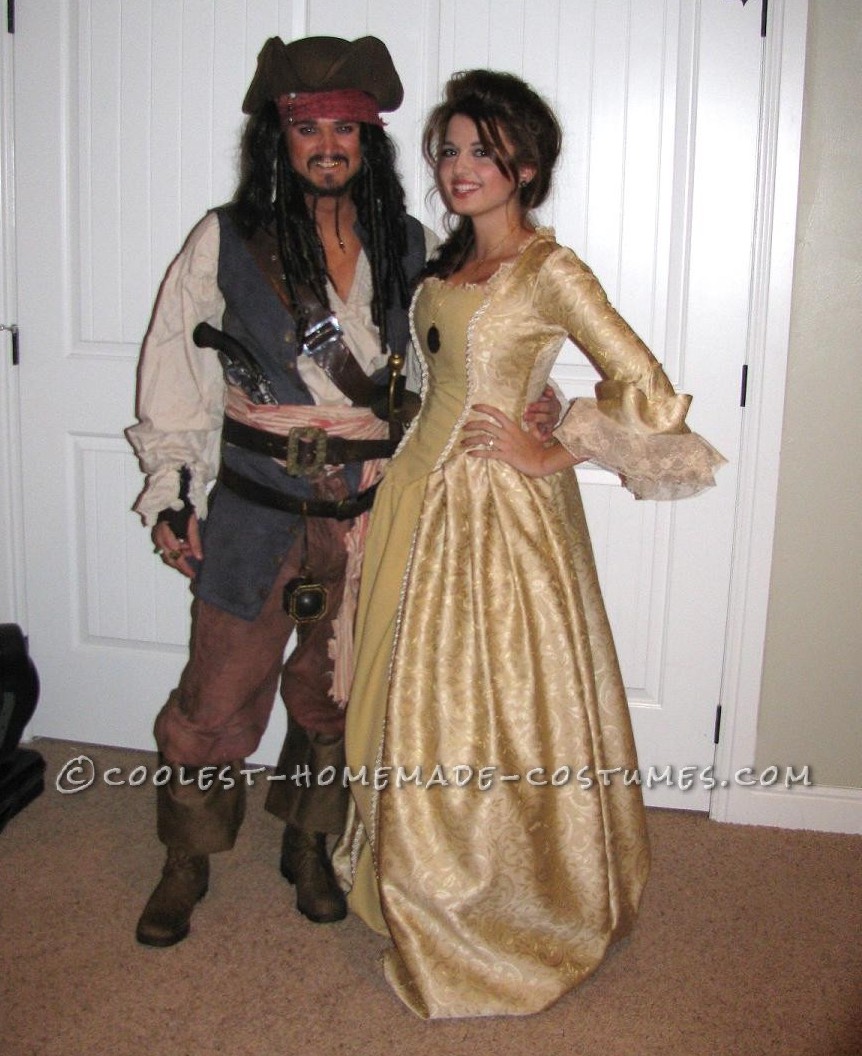 Our entire family gets really into Halloween. Every year my In-Laws throw a huge Halloween party. A bunch of our family and friends go and every year everyone gets extremely creative. Last year my husband and I decided to be Jack Sparrow and Elizabeth Swann from Pirates of the Caribbean. We started planning our costumes in August and continued to work on them up until the party which was in the middle of October. At the party no one could believe how much work we put into our costumes that year. My husband even won the costume contest. Everyone had such great ideas that year and it seems to get better every year. We LOVE Halloween!!

To make our costumes we had much to do.

The entire process was such a blast. I was actually about 12 weeks pregnant during the party so I didn’t feel the best but we got to wear our costumes again on Halloween. We are still trying to figure out what to do this year as costumes and seem to be getting a late start this year but we have a 4 month old baby so we may not get as into it this year. But def see more costume making in our near future. Happy Halloween!!

We started off with Fabric for his shirt and vest. The pants we found at a thrift store but had to dye them darker. After I sewed the clothing we had to boil everything in black tea, leave things out in the sun, cover the clothing in dirt and even spray bleach all over everything to give them a worn look. We found great fabric for the bandana and sash, we had to make them look torn up by using a razor that looks like a small pizza cutter but its for fabric. We had to dye them in tea as well.

For the boots we considered purchasing boots but they were so expensive we decided to cover an old pair of boots in fabric that looked like leather. We basically had to hot glue it all on the boots. Then spray paint them so they look old.

We found a pirate hat that we purchased but it was huge and it also looked brand new, I had to cut it down (fabric and the wire) and re sew some of the fabric over it. Then we had to spray paint it and make it look worn out as well.

The hair was the hardest. We found fake hair extensions at a beauty store for a couple bucks a pack. I think we had to purchase about 10 packs if not more but basically we had to tie pieces together, tease each piece and then run each piece over a clothing steamer to make dread locks. This seemed to take forever. We decided to do a couple each day since it was so time consuming. We then had to buy a cheap wig and sew the dreads onto the wig then cut the wig down. We also had to make/ buy beads and thread/sew them into the hair as well. We also had to make a reindeer bone out of clay to add into the hair.

We used some old belts but I had to make the belt buckles out of clay and paint them. We also had to spray paint the belts and hot glue the buckles on to them.

We also used the fake hair for the braids in his beard and glued them in with spirit gum but my husband grew out his beard and mustache for about 2 months prior to the party.

The day of the party I had to put so much bronzer all over his face and hands and even his chest, even put eyeliner on his eyes. This was funny since guys never wear make up so its almost near impossible putting makeup on their eyes without them blinking every second and their eyes watering like crazy.

I forgot to mention the props, we found a couple things to finish the costume off (compass, sword, and pistol). The compass I had to take apart and paint the inside so it looked more realistic, my husband took apart the sword and pistol and painted them and sanded them down to make them look old.

This was still a process. It took a lot of fabric and sewing. I looked for sales on fabric and got pretty lucky with some. My mom helped me with part of the dress but I sewed most of it. I don’t sew much so this was quite the learning experience. I had to buy some lace and soak it in black tea to give it color, and also had to purchase some rope decor to sew to the front of my dress.

This part was simple, I just put on a bunch of makeup and curled/ put my hair up 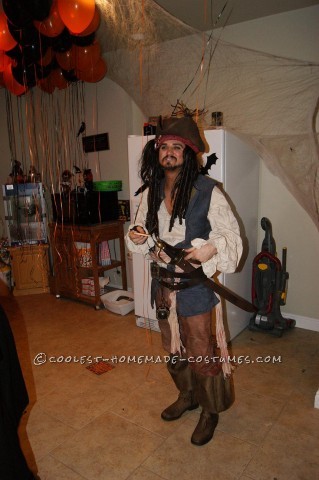 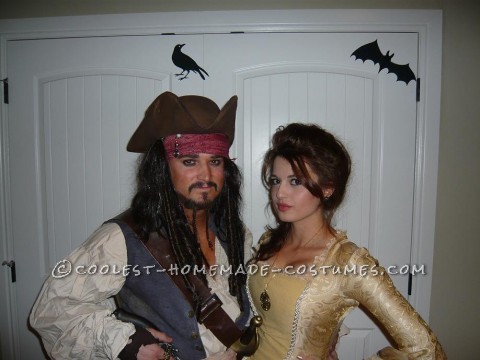 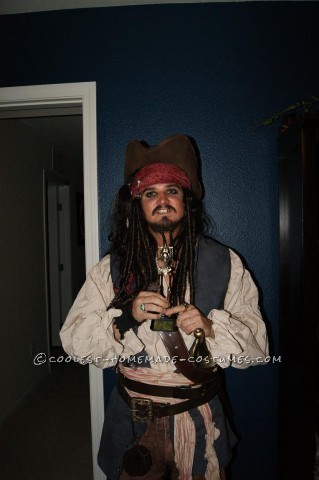 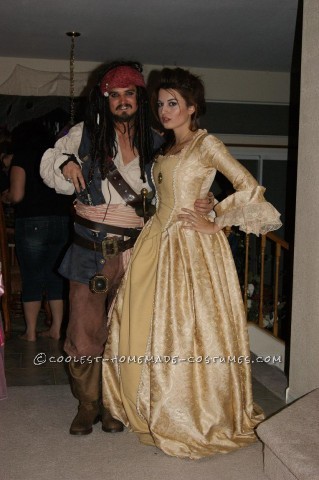 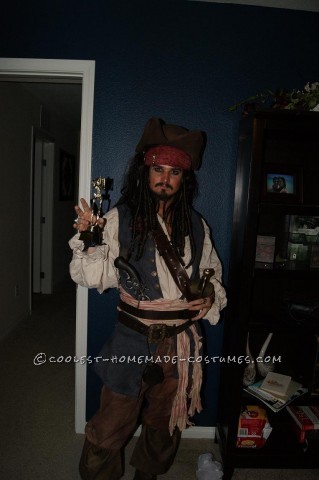