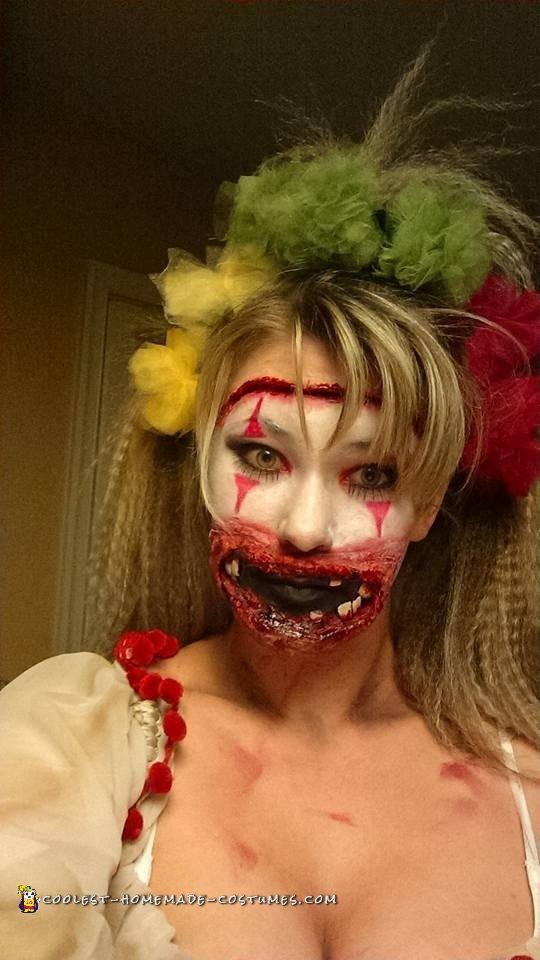 Why isn’t Halloween a national holiday? It needs to be so people can be off work and have more time to don their awesome costumes!

I love Halloween and mainly doing my makeup. The past several years I was a zombie and it was cool, but after seeing Freak show (Season 4 of American Horror Story) I knew twisty the clown would be totally creepy and fun and gross to be for Halloween! I spent about a week and a half altogether putting everything together, just working on it when I got off work or on the weekend. I was determined to be in a costume contest because I never had before!

Throughout the night everyone was looking at me funny and when you have makeup like that on it’s a little confusing. At first I was like “What are you staring at?!?” but then I remembered what I looked like.

Unfortunately, despite the fact that I was complimented throughout the whole night I did not win anything at all because nothing was ever announced that the contest was occurring. Needless to say I was quite sad because this is the most work I had put into making a costume, and I felt like I had much better plan/idea of who I was as opposed to years past when I was just a zombie.

Altogether it was about $70 to make, but I also had some leftover tulle and makeup which I save and will find plenty of other uses for in the future, and had a lot of fun learning new things! And was more than pleased with how I was able to put a female twist on him.

Shirt and mask: Spirit Halloween then sprayed with mixture of watered down coffee and black acrylic paint to make it look dirty. Then made tulle pompoms for the red-yellow-red ones he had on his shirt, and hand sewed a red pompom trim around all edges.

Pompoms: All hand made with tulle I already purchased, the green ones (in hair) were sprayed with watered down acrylic green paint.

Tutu: A total of about roughly 11 yards of tulle, in other words many hours attending around Jo-Ann fabrics, then going back for extra tulle because I didn’t get enough the first time! I had red white, and off white to make it like older, the bottom row was white, and I cut the strips too thick so then I put it on it was a bit too unruly, so then I had to go back and take it out every other hole. There are many tutorials online about how to make one, it was a tedious learning experience!

Shoes: I tied red pompoms around white shoes I had.

Makeup: I bought Mehron clown white for the face and spirit Halloween brand scar wax for my forehead (This brand is way more pliable than the Mehron brand. I also used red latex for the mouth, and maybe one of my favorite parts is the pistachio shell teeth! I filed them down a bit, dipped the end in latex and shoved them in the corners of my “exploded jaw”. They were a great color and shape. 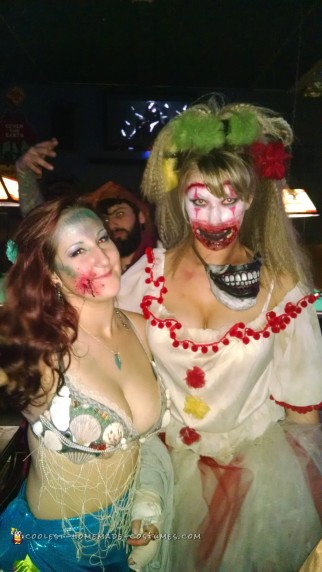 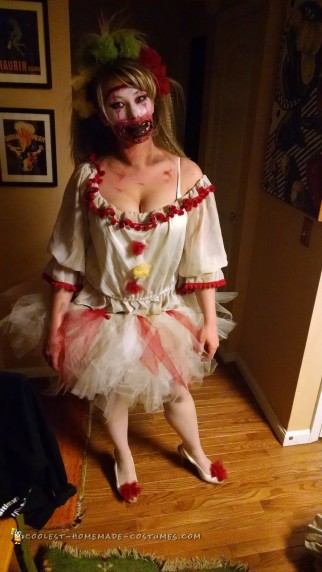 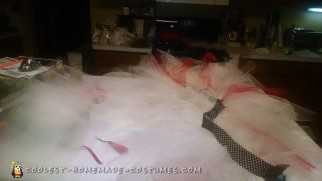 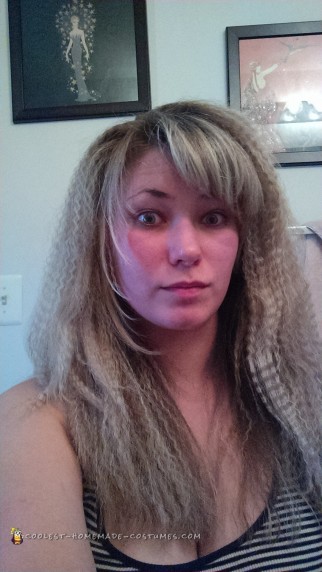 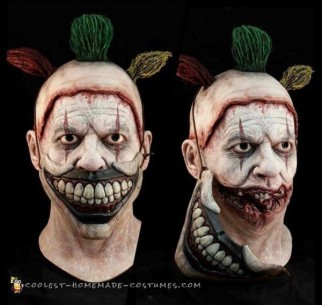 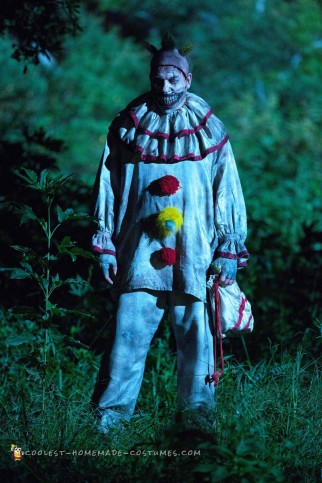 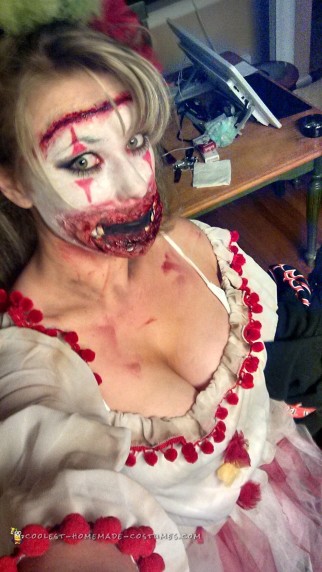 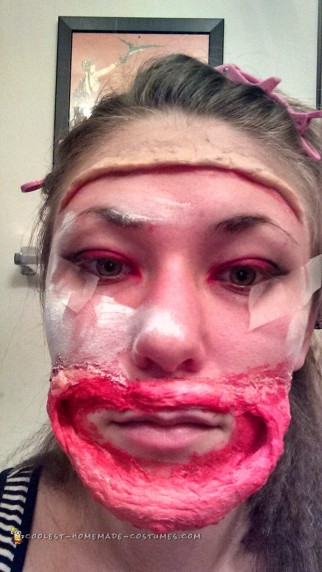