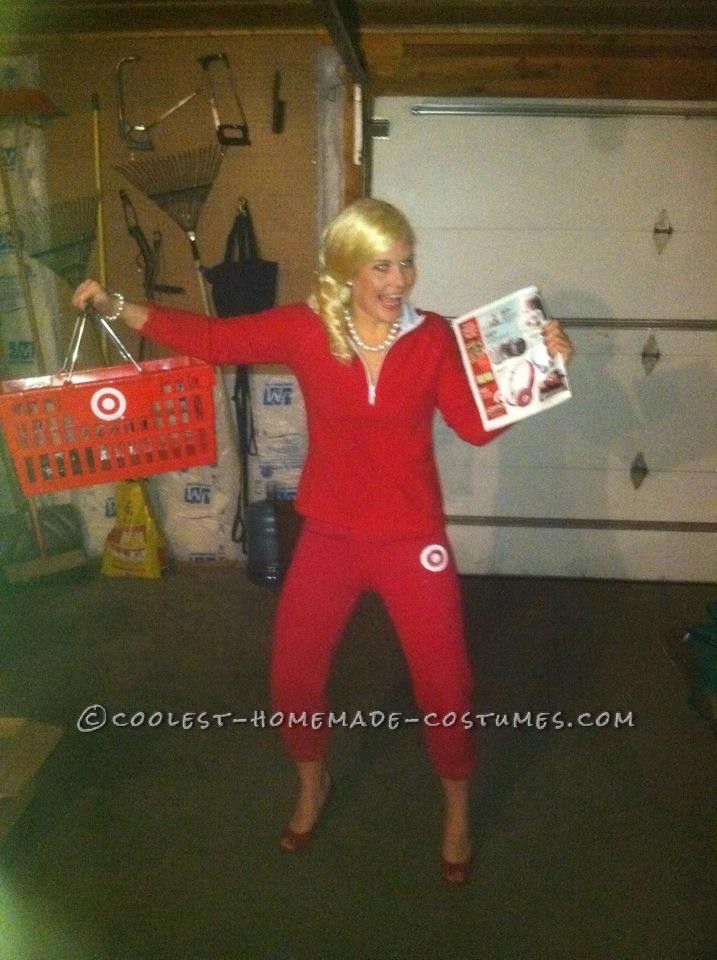 Every year for about the last four years, I’ve always been some sort of TV character or commercial character. Not for any certain reason, but I like having funny costumes and being original. In the past I’ve been Flo from Progressive, The Sundrop soda girl, and contestants from Double Dare.

Well this particular year, I didn’t have a clue what to be. My friend sent this idea to me and I  just went with. It was really easy and cheap and I knew I would get a bunch of laughs.

The shirt and pants just came from Goodwill. I painted the Target symbol to hide an emblem that was on the pants. I already had the red shoes and just purchased the pearl earrings, bracelet and necklace at Kmart. I wasn’t planning on doing the wig, but I have brown hair and wanted it to look exactly like her. I found the perfect one at Savers and just put it in a side pony. The basket was a little tricky. I actually “borrowed” it from Target but I did bring it back!! The outfit wouldn’t have been complete without it.

I had so much fun and actually won a couple of contests. Hands down the best costume I’ve ever done.

Who Does a “Butter” Homemade Costume than Mrs. Butterworth?