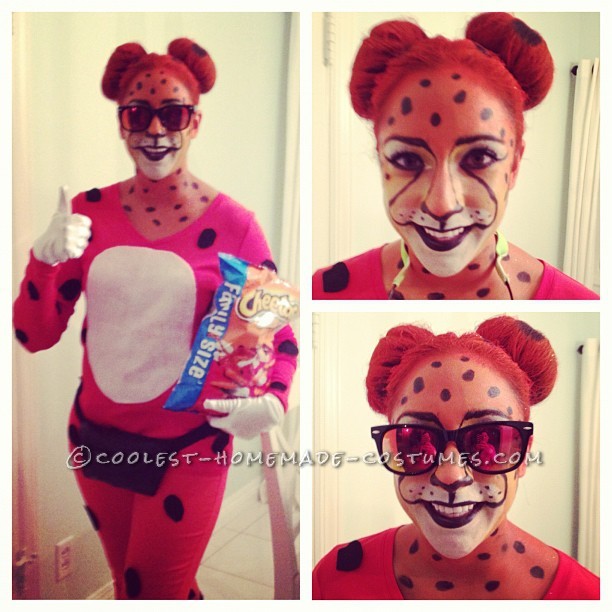 Chester the Cheetah was such a hit!  I wore orange jeans from Old Navy, an orange shirt from Target, reflective sunglasses and some sweet Nike high tops.  I bought felt at a local craft store and got to work on my spots, stomach and tail.  The tail took the longest time as I had to sew and stuff it with teddy bear fur.

I put my hair in two sock buns at the top of my head for the ears.  Since I already have dark hair I cut out small circles from a paper plate and taped it to my hair temporarily.  I then sprayed my hair white and let it dry.  To get the hair a bright orange color, I then covered the white with orange spray.  Then I removed the paper circles to create the illusion of black spots.

For my make-up I Googled several pictures of the cartoon Chester the Cheetah as well as real cheetah make up on models.  Then I went to work on myself (with no help either…I was pretty impressed with the job that I did).

I entered two costume contests and won both of them.  The first was a contest at a local bar.  I won the grand prize of a $100 bar-tab.  I then proceeded to sing “Don’t Stop Me Now’ by Queen for karaoke and made it rain cheetohs to the crowd.  The second contest was through Instagram.  I won $500 worth of clothing and accessories from a well known clothing company. 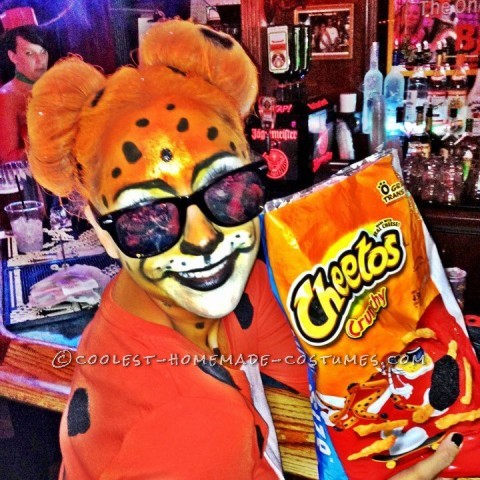 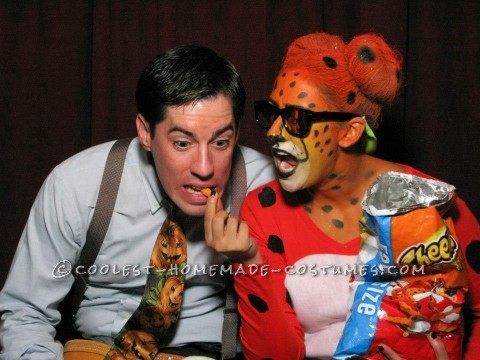 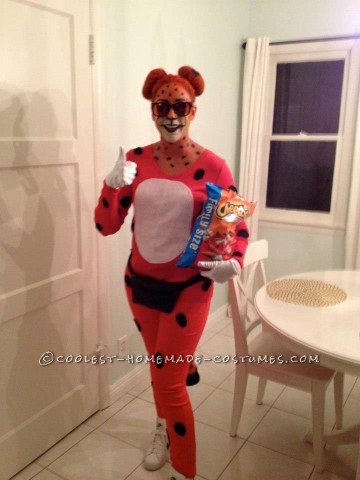 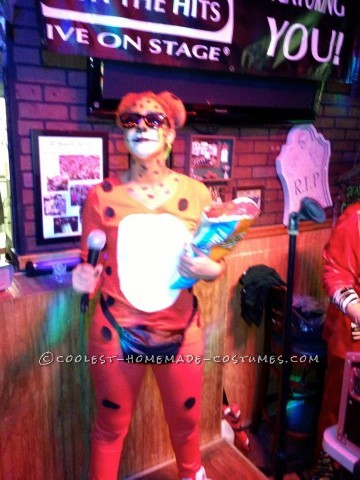 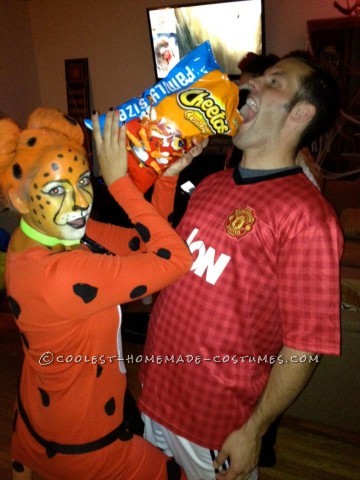