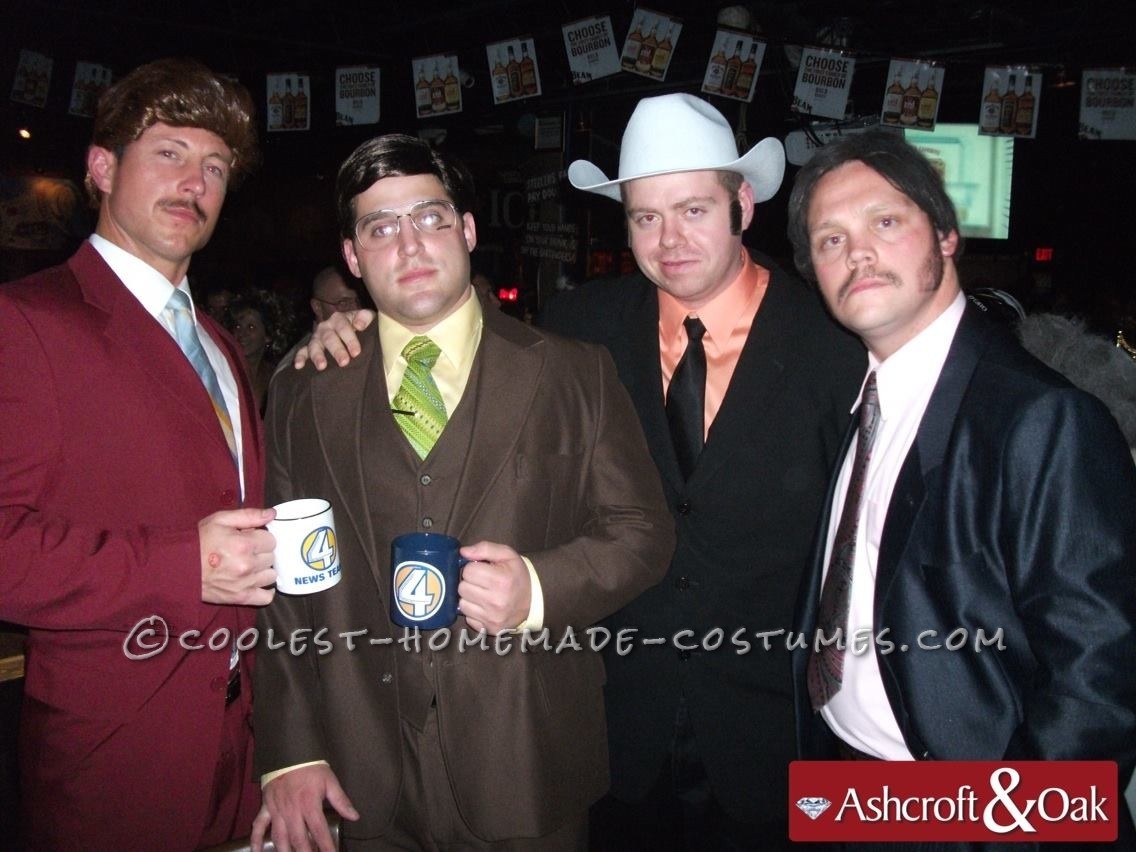 It was the evening of October 12th. As usual, my three buddies and I were discussing potential costume ideas for upcoming area parties and contests. See, we love Halloween. We take this holiday very serious. It is the one time of year when you can be anything you want. However, whatever we do, we want to make sure we’re the best!

After months of brainstorming and hundreds of ideas, that evening it finally hit us. We were destined to be the Channel 4 News Team. Yes, it has been done before…many, many times, but we were committed to being the absolute best. We had the right number of people, the right personalities, the physical structures and even look. So, we started working on the costumes immediately. We knew we only had two weeks and the clock was ticking.

In the upcoming weeks we searched Goodwill shops, the Salvation Army, Halloween stores, and even made multiple online purchases to get all of the required accessories for our four costumes. We all watched the movie multiple times just to shadow our characters. See, it’s not just about buying a fake celebrity costume, it’s about looking authentic. You must pay close attention to detail. In our group it’s important that you not only look the part, but act the part. You must become the person that you are trying to portray.

So, Saturday, October 26th had finally come. Traveling from all sides of Cleveland, we met around noon to begin our makeovers. We spent nearly six hours that afternoon in the loft of my house ironing and polishing our clothes to perfection. We colored, cut and combed our hair to the finest Anchorman movie look. I had spent two weeks growing a beard and mustache just so I could shave it into mutton chops for the natural look of Brian Fantana. We even used  “Just for Men” to make sure our facial hair matched the exact tint of the original actors. It felt like a men’s salon for a while.

After hours of preparation, our suits were finally on and our hair was styled to perfection. We were ready to head out for our evening of festivities. Our destination was the Boneyard in Mayfield Heights, OH. “Boo Bash 17 “, hosted by the radio station Q104, is the largest Halloween party and costume contest in the Cleveland area.

We spent the next six hours in character. We expected a pretty reception, but we instantly, and for the evening, became a fan and party favorite. It was an amazing feeling. After nearly 200 photos with the radio personalities, Cleveland’s real Channel 5 news team (WEWS), and hundreds of Anchorman fans, we felt unstoppable.

The only thing we had left to accomplish was 1st place in the costume contest. However, it wasn’t going to be easy knowing that there were about 500 contestants and a lot of really cool costumes. I think I’m just going to let the Q104 website video and pictures speak for themselves. Let me just say, it was an unforgettable night. WEWS aired our pictures, Q104 is still giving us shout outs on the morning radio show and even the real Ron Burgandy  “Anchorman” twitter feed re-tweeted our costume picture.

With that said, thanks for hearing my story of how my friends and I became local celebrities… 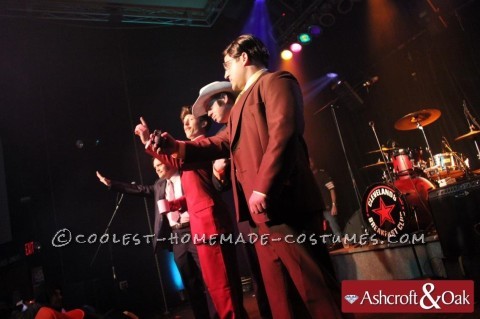