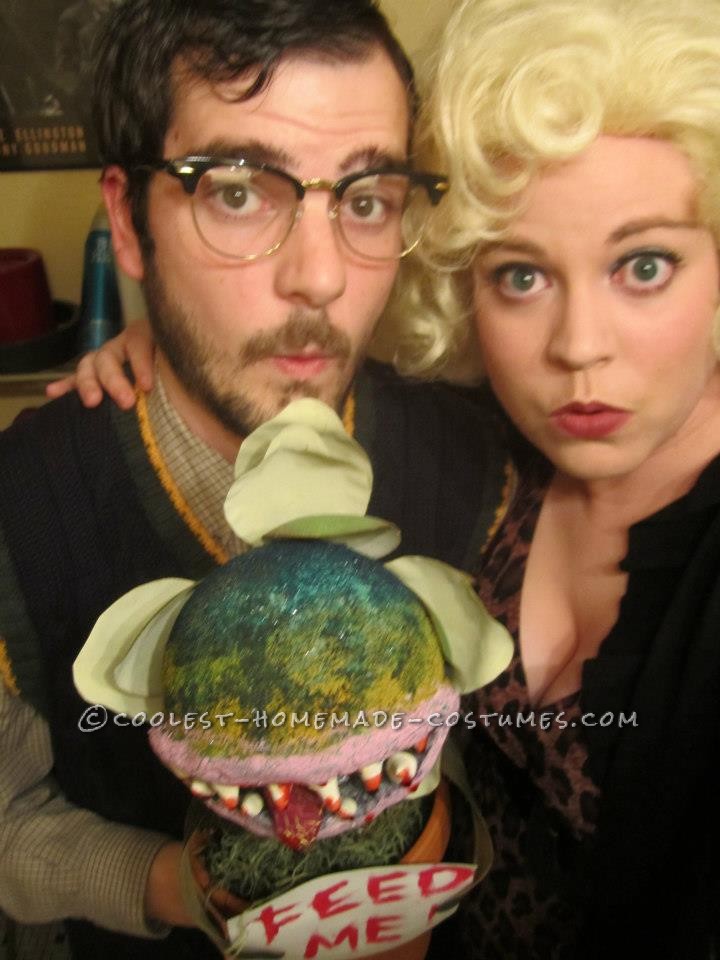 My boyfriend and I decided we needed to top our previous year’s effort when we donned Jessica and Roger Rabbit costumes in New Orleans for Voodoo Fest, and knew we had our work cut out for us.  We wanted to keep with the theme of awesome retro movies from our childhood, so we decided to try our hand at Little Shop of Horrors. A wonderful tale of boy meets girl, boy receives alien plant, alien plant demands human sacrifice, alien plant eats girl, boy saves girl, boy gets girl. A charming romantic tale if there ever was one.

The costumes for Seymour and Audrey were easy enough to come by, hitting the thrift shop for old clothes, but building Audrey II was the real challenge.  I decided to make her from scratch, so we went to the local hobby store for supplies.  Audrey II was made from a Styrofoam ball, modeling clay, a giant fake flower, and paint. Putting her together wasn’t too difficult though there was a lot of cursing and burnt fingers thanks to a rather unfortunate accident involving a hot glue gun. I carved the Styrofoam ball to resemble a 3D Packman then molded the clay inside the mouth to form the lips.

After applying the paint I then molded the tongue and teeth and glued them into place and mounted her on the flower stem in her new pot. Adding the fake blood on the mouth and teeth was more fun than it should have been and it was tricky not to go over- board. The frustrating part was protecting her from the elements so she didn’t crack and ruin the paint, which was tricky in the smoke-filled dive bar where we unveiled her.

When we first arrived we had mixed reactions from people who recognized us right away, thanks to Audrey II, to those who we even went so far as to sing “Feed Me Seymour” before they finally recognized our costumes. The bar had a costume contest and we were asked to participate, and we were almost outdone by a rather impressive Invisible Man, but in the end we won the contest and bought shots for all the contestants. We still have Audrey II and she has a prominent place of honor in our study where she acts as quite the conversation starter. 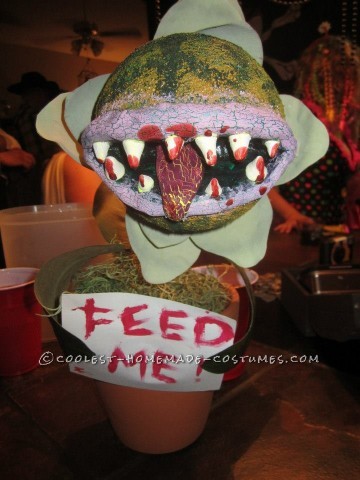 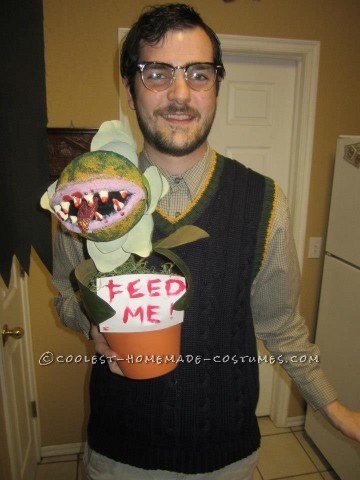 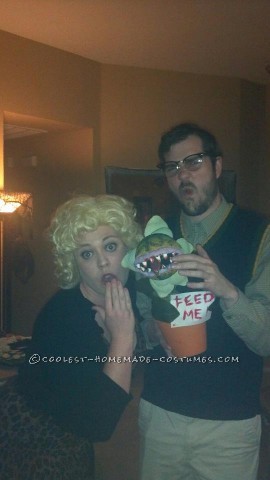