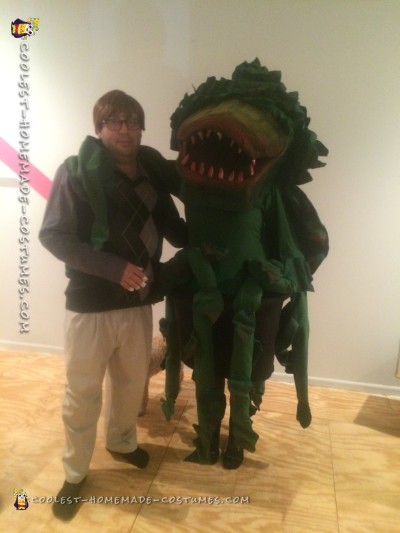 I started out with foam sheets and glued together with a glue gun. Cutting edges and rounding it out. I used foam squares and glued on top. Added green felt all over and used green, yellow, red and black spray paint to give it a scarier look. Added black mesh to the front and then the teeth were left over prices of foam that I spray painted close up to make it look like blood dripping.

The leaves were cut and sewn together with wired added and sewn in the middle. Over a hundred leaves were used. I shaped them and then painted with a dusting of yellow, then black and red tips. When first painting it looks dark but fades nicely.

For the body I started with a small hoola hoop I sewed black fleece around it to make the pot. An after thought is this part should have been done last because I was just winging it and wanted to make the pot. I had a different vision initially but I’m happy to say although I had to do some cut and resewing the two piece became a full dress.

I used a T-shirt as a pattern to cut a new shirt with a soft green material. Cut extra long arms out and sewed together, leaving bottom half of arms open I sewed enough room for my hands to peek out when needed. The rest was sewn closed along with a few leaves to help conceal my hands.

I made five roots and used polyester stuffing and then sewed onto the trunk of shirt. I had to cut extra felt to  see into the base which is where the challenge came in. I had to take needle and foot off more than six times to get hoola hoop under it. I thought about glue gun but it wouldn’t have held, I nearly quit at that point. Once it was assembled I added the leaves with a glue gun. I said I used over 100 leaves. I started with 30 made 40 more and still needed more and made the rest. Each batch takes more than six hours to sew, put together, sew again, bend and then paint.

I have to say this is was the most challenging  thing I have ever made, but it was worth it. I was able to see walk around and move the head with added foam backing and shoulder cut outs. I added a small hole on bottom of mouth to fit a straw to my mouth. I was easy to breath and a large open space inside.

I only needed to buy fabric and had to buy 5 spools of green thread. I did have to buy one can of spray paint since I used up my stash.

If I didn’t have the most of the things I had already it would have been a pricey project. I spent maybe $50 in extra material. Time was about 60 hours of work.

Seymour was easy, I bought a sweater vest at Kohls on clearance for $8 a wig for $14 and $1 glasses from dollar store. And yes I had to but bandaid tape to $3.

We ore them out last night and it was about 50/50 on people knowing but they loved Audrey II and Seymour. 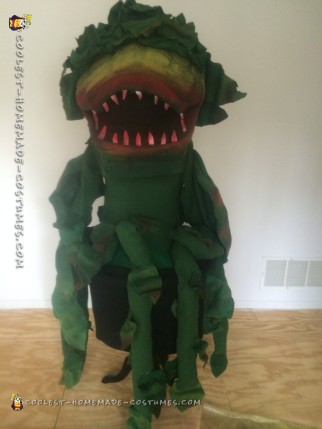 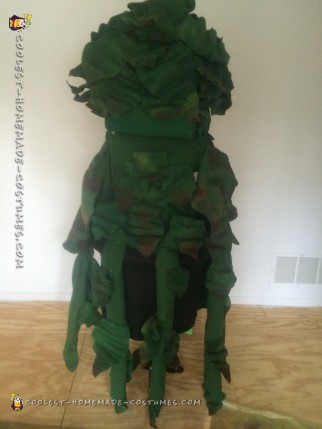 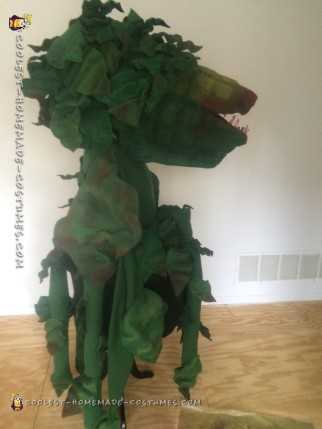 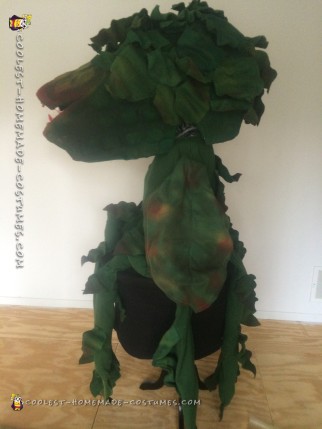 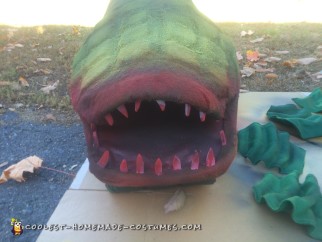 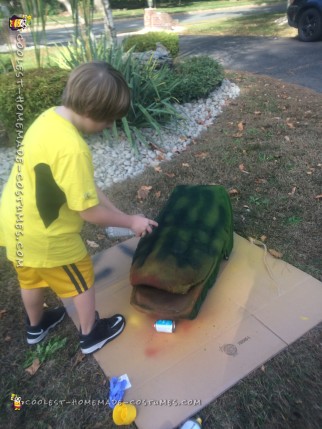