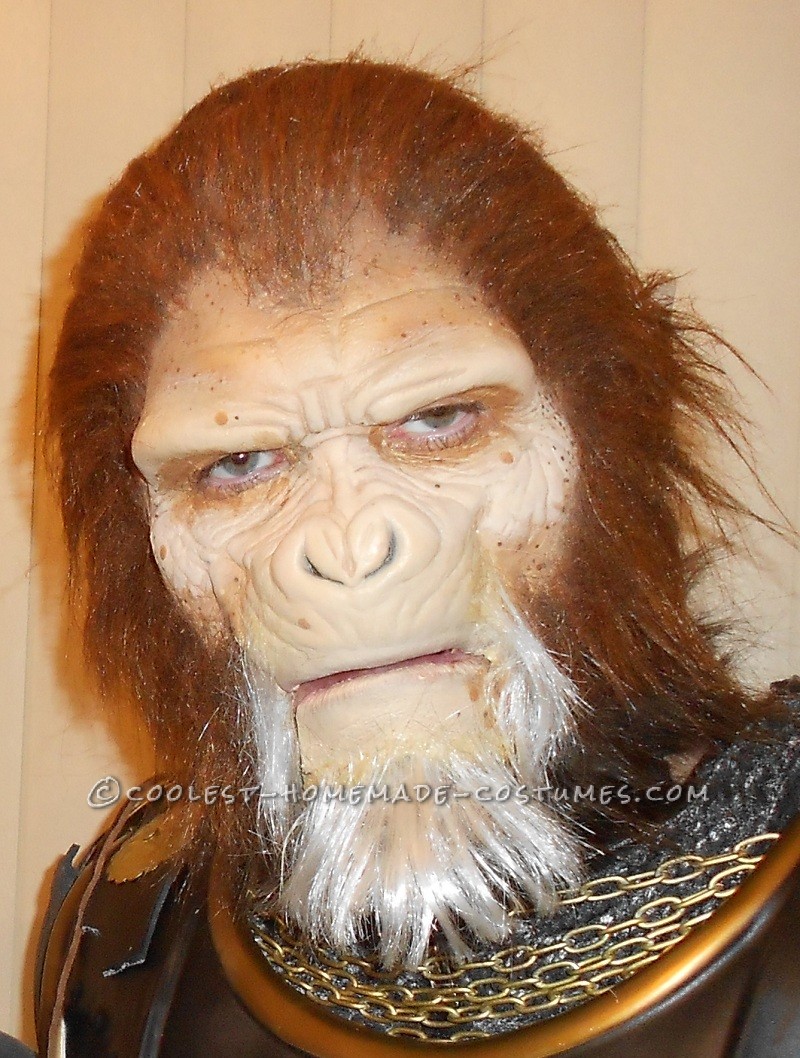 I have been heavy into creating my own costume for the last 4 years now and do it mostly for my company costume contest. It’s funny to see them progress and get more complex as I try to top the one from the previous year.

And now General Thade! I think this one will be the most fun.

I started in September with a foam latex mask from Morphstore.com. Airbrushed on color layers until I reached a color I liked (yes, the eyes were creeping me out too!). Then added some reddish brown hair around the edges of the mask, grey around the chin area and reworked the face color a little more. I couldn’t find a good fit for upper and lower teeth so I just opted to go with lower’s for now.

I purchased a Balaclava (not the desert) hood and attached fur to it for my wig (what a bee-och this was! my first). Painted an old set of ears I had laying around and attached them to it as well.

I received a leather jacket from a friend, cut the collar off and holes in the inner elbows, and glued on the black #6 wool yarn (a little closer than I should have, the pants should turn out better). Trying to match the design of Thade’s body armor.

The pants I purchased from Value Village, cut holes in the backs of the knees, cut out the butt and the crotch, basically they look like chaps, and glued on the yarn. Both the coat and pants were painted with 50/50 latex and paint to give it more strength. Then sprayed chrome paint on a piece of cardboard and dabbed it on the outside of the yarn to give it the metal strand look.

For the front and back cod pieces I cut them out of the fake leather material with gold paper table decorations glued between and metal studs. Gluing and sewing it all together and attaching it to the pants. I purchased shin guards (Wal-Mart) and roman style foam thigh guards (Display n Costume) covered them with a fake leather material and painted on the gold highlights.

Since I don’t have the room, equipment and money to create a replica of his chest/back armor, I purchased a generic Roman one and painted it roughly similar (no sadistic monkeys this time – future project along with the sandals and battle helmet). The shoulder armor was made out of an old Tupperware bowl. I cut it in half and shaped it to roughly resemble Thade’s and used double sided weather stripping tape to get the design on the front. Painted it with textured paint to give it a weathered look. Metal belt links were used to attach it to the shoulder straps.

I hope you like my new costume, it was a blast creating it and watching everyone’s faces when I walk by. I actually made an adult cry with this one. I love Halloween!! 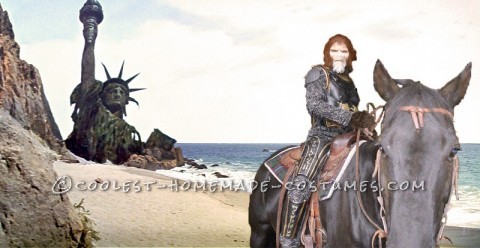 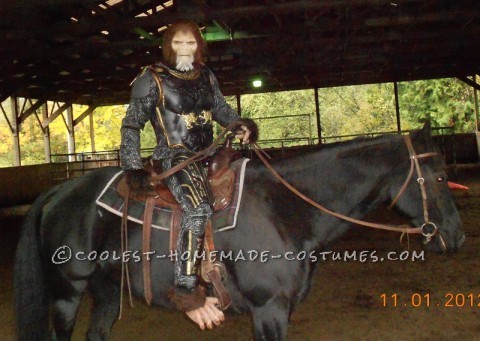 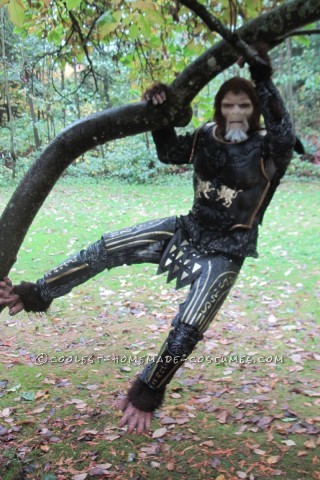 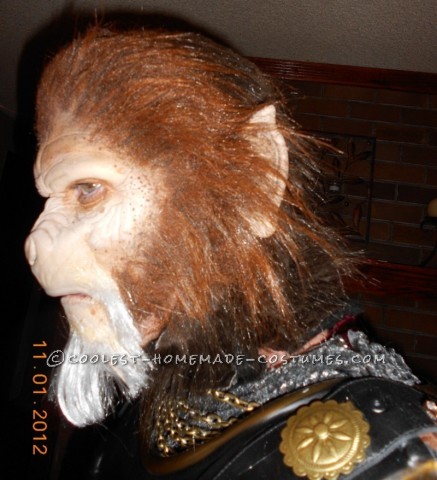 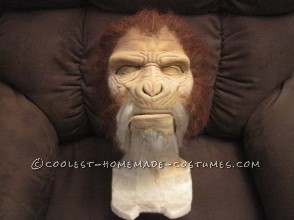 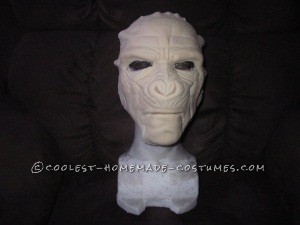 5 thoughts on “Epic Homemade Planet of the Apes Costume: General Thade Wants YOU!”