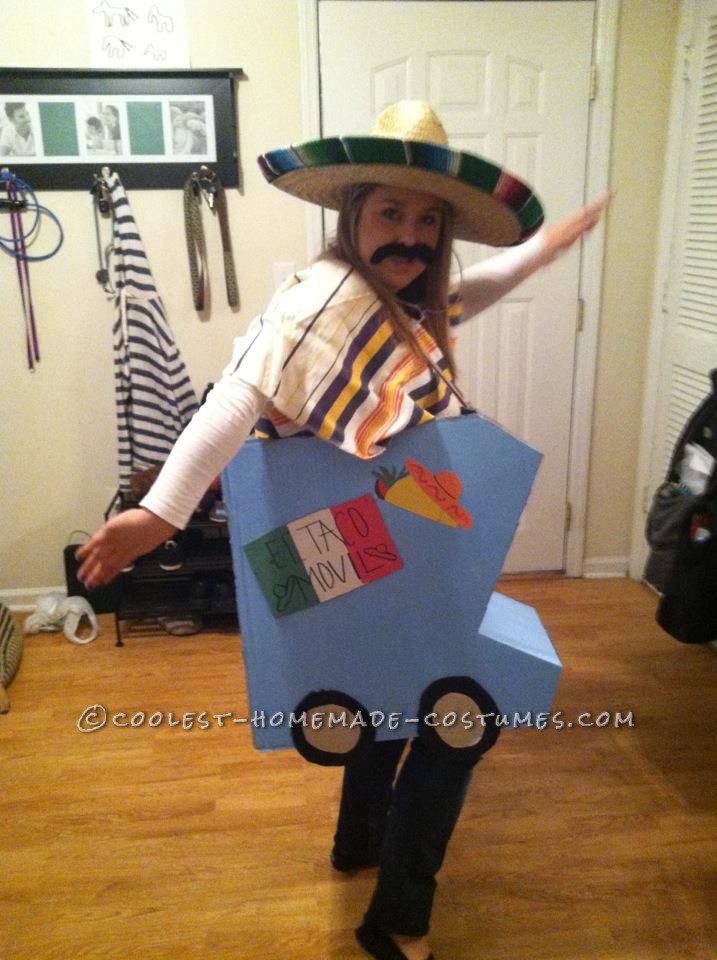 I took two large boxes from Home Depot, cut them out in the shape of a truck. Then I spray painted all of the sides and let it dry over night. Next was all decoration! I used aluminum foil for the windshield and the hub-caps of the wheels. I used a lot of construction paper to decorate: make license plates, make my logo, a pinata, lights, etc. I added another piece of cardboard for the window where the tacos were being sold out of.

Most of the stuff was purchased at Walmart for under $30. I had a poncho that I bought in another country, but I had to buy a mustache and a sombrero. I also bought some “clown suspenders” at Party city that held the costume up. It was pretty sturdy, I put it all together using LOTS of duct tape and super glue. I was in the bar and it held up perfectly, the only part was it was difficult to maneuver because I had a box around my body.

I got so many compliments for my Taco Truck Costume, and it was so much fun! 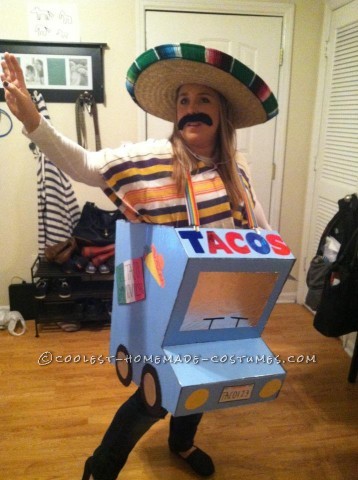 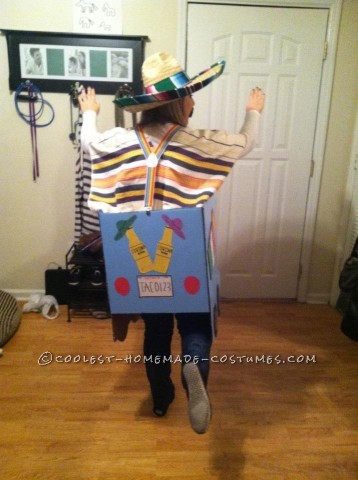 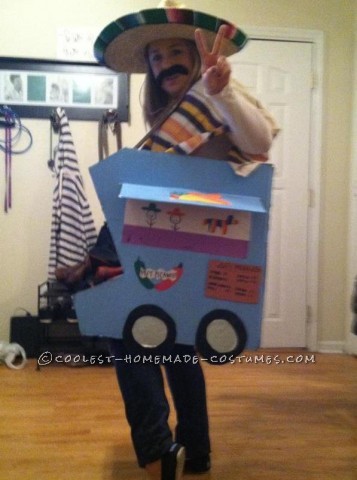