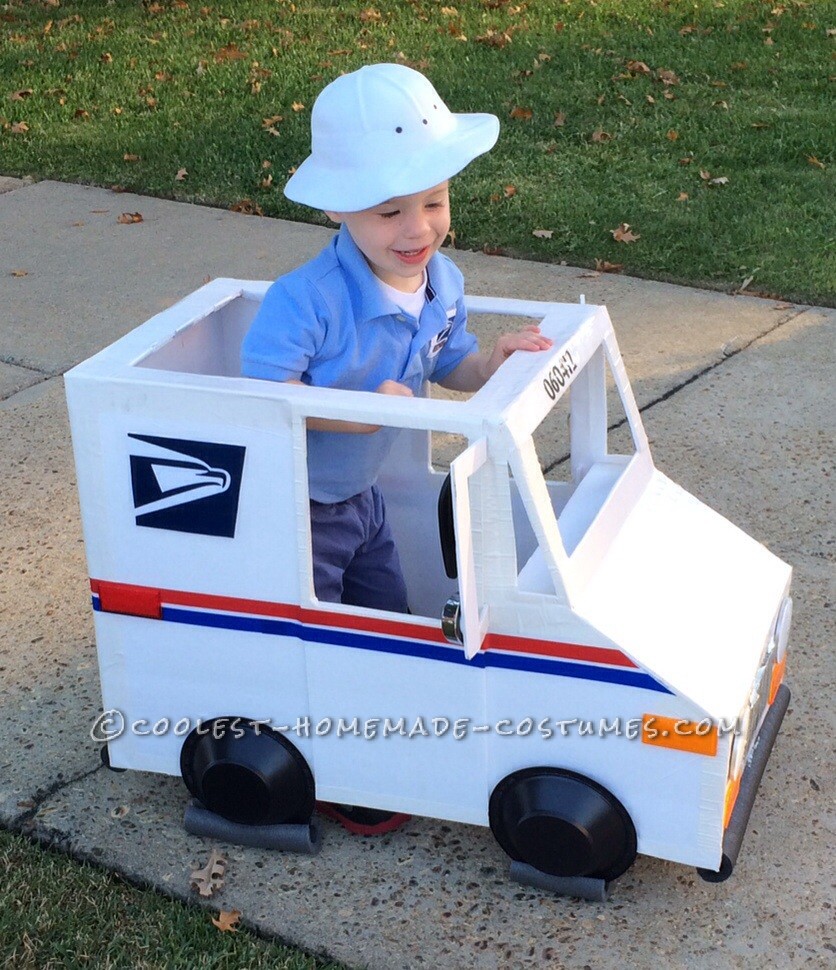 This mail delivery truck costume was inspired by my two year old son who is obsessed with the mailman. We live in the same neighborhood as both sets of his grandparents, so we share the same mailman. He looks for him daily and has for months! When we began discussing Halloween, he told me he wanted to be a mailman truck. We tried to get him to settle for being just a mailman, but that was not what he had in mind!

Well, mommy delivered and I built him his very own mail truck. After multiple “deliveries”, it required some trips to the local mechanic shop for minor repairs. Typical government vehicle, right? A few flat tires, mostly! Thankfully! Eight month pregnant mommy even ended up wearing it for a little while during trick or treating. My belly kept it up and it balanced perfectly.

His uniform was custom made by his grandma. She sewed the USPS logo patch onto a polo shirt and made his pants. The bag and hat were part of a store bought costume. The pants and shirt of the costume did not fit him.

The truck is made from the following supplies: white foam board, white duct tape (lots!), red, amber and clear reflectors for the lights, electrical tape for the stripes, printed usps logos, a framing plate for the front grill, black plastic bowls and plates for the wheels, pipe insulation for the bumpers and lots of time.

The pieces of foam board were duct taped together. Details were taped or glued onto the truck. Holes were cut out for the windows.

Lots of “oh my goodness, did you make that?”, “how in the world did you come up with this?”, “how are you going to top this next year?” A few people even asked where I bought it! I was surprised at that question. One man said I should patent it. 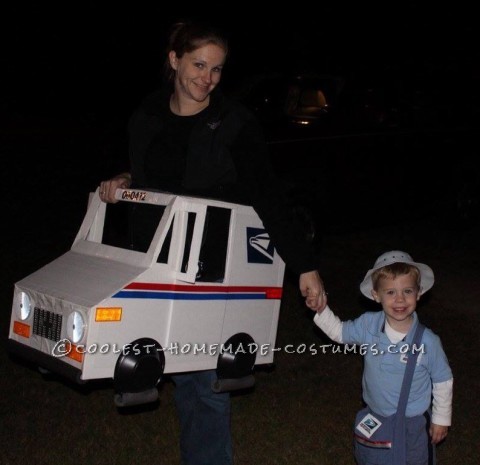 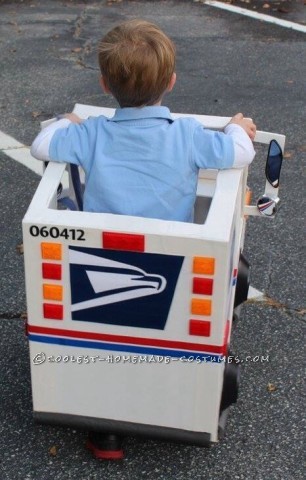 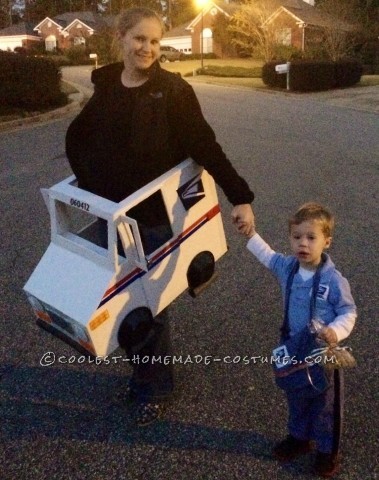 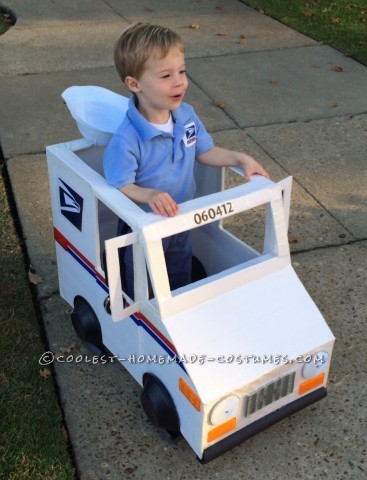 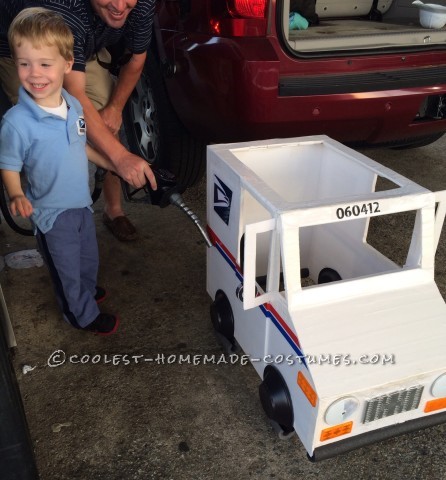 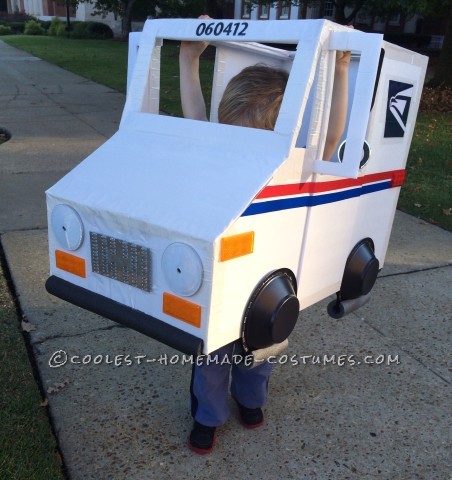