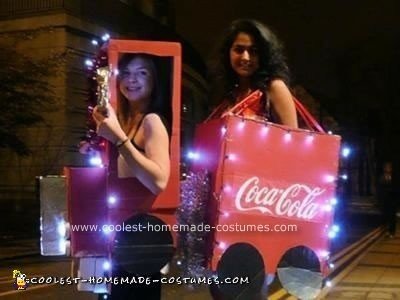 Having dressed as an elf, reindeer, and snowman in previous years, the Christmas just been I decided to go all out step away from the standard festive costume choices and dress as the famous Coca Cola Truck for my last Christmas at University. Being a student I was working on a pretty tight budget and managed to keep the costs of the whole thing to under £15.

The main things required for this Coca Cola Christmas Truck Couple Costume were – a hell of a lot of cardboard (I was running short so pestered the nearby shop/friends), red paint, a stash of battery powered lights (I managed to pick all mine up in Poundland along with the batteries), a friend who doesn’t mind walking around in cardboard all night and time to put it together.

To make the costume I first did some cardboard arranging and cutting before using a glue gun to make the truck stick together. Not having the space to do all this in my own room, my generous housemate let me turn her room into an arts and crafts area for a few days. Next everything was painted red and left to dry – perhaps not for long enough as ended up with a lot of paint on my clothes. I managed to get the pictures and logos on Google so printed them then stuck them on the costume.

The battery-powered lights were then conveniently placed around the truck so they were in places I could reach wearing the costume to actually turn them off and on when required. For the wing mirrors I found that aluminum foil boxes worked well and tinsel was used to join the two sections together.

Overall the costume was reasonably easy to make and despite the uncomfortableness of it we had a great time wearing it! 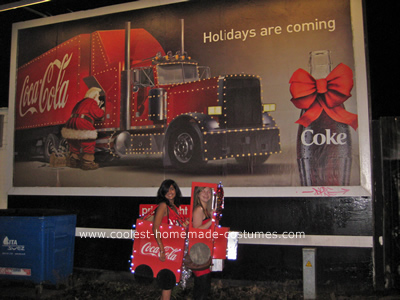 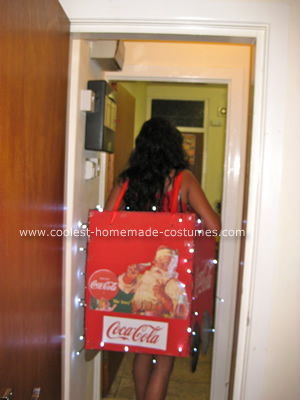 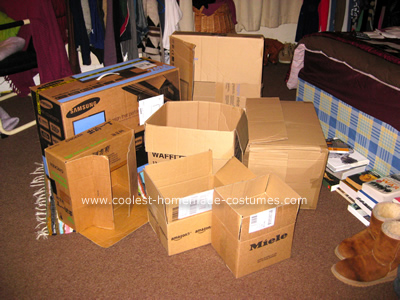 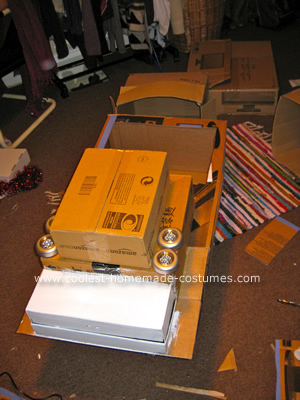