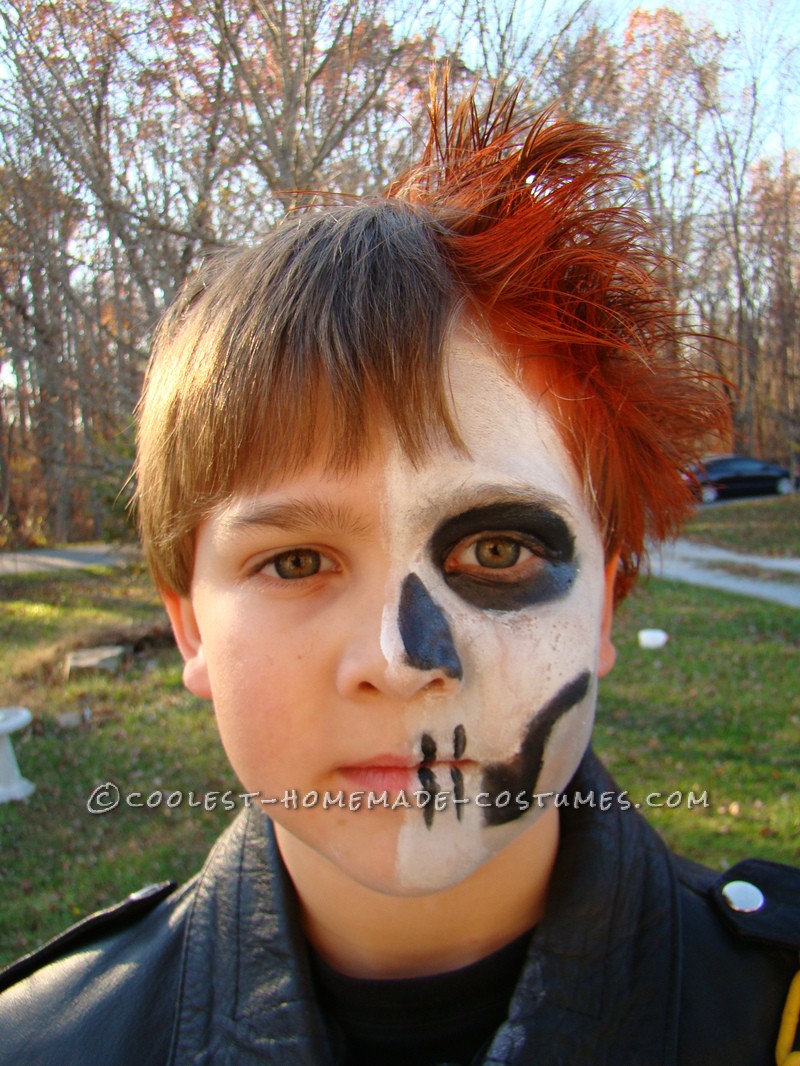 We put this easy, super cool Ghost Rider costume for kids together for our 7 yr old son.  He wanted to be Ghost Rider for Halloween.  So I decided that I would figure out a way for him to be the coolest Ghost Rider ever!!

He wore just simple black jeans, some boots, a black t-shirt and a black leather coat that had belonged to his dad when he was younger.  I was then trying to figure out his face.  We used a length of yellow chain and wrapped that around his torso from shoulder to hip for his “weapon”.  I wanted to do a flaming look for him sort of.  But I didn’t want his whole face to be covered.  I didn’t want it too scary either because he has a 2 year old little brother.  So I thought and thought on it.

I decided that we would make his hair a flaming orange color with that spray temporary hair color.  But, only on one side.  And I would paint that same side of his face like a skeleton.  So that is what we did!  I used face paint from Walmart, painted half his face like a skeleton and then used some hair spray on half his hair to make it stand up all crazy like so that it would look like flames and then we went outside and sprayed it orange!!

The results were amazing!!  We got so many compliments on his costume and everyone knew who he was!  It was awesome!  And he loved it too, so that made it all worth while! 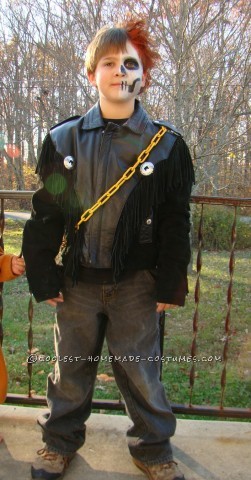 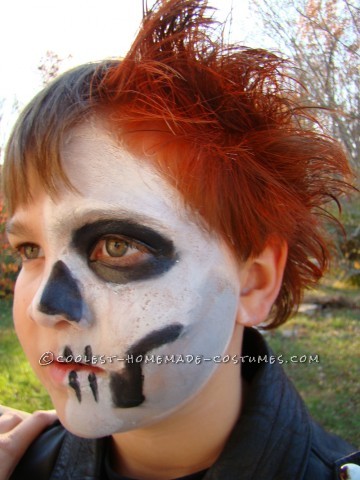 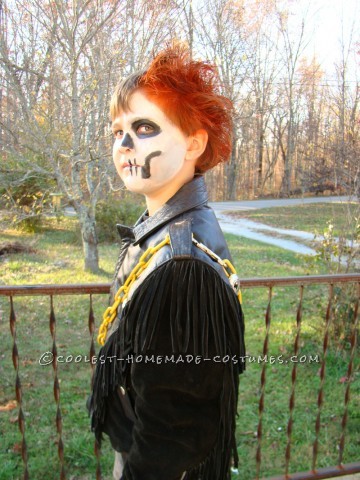