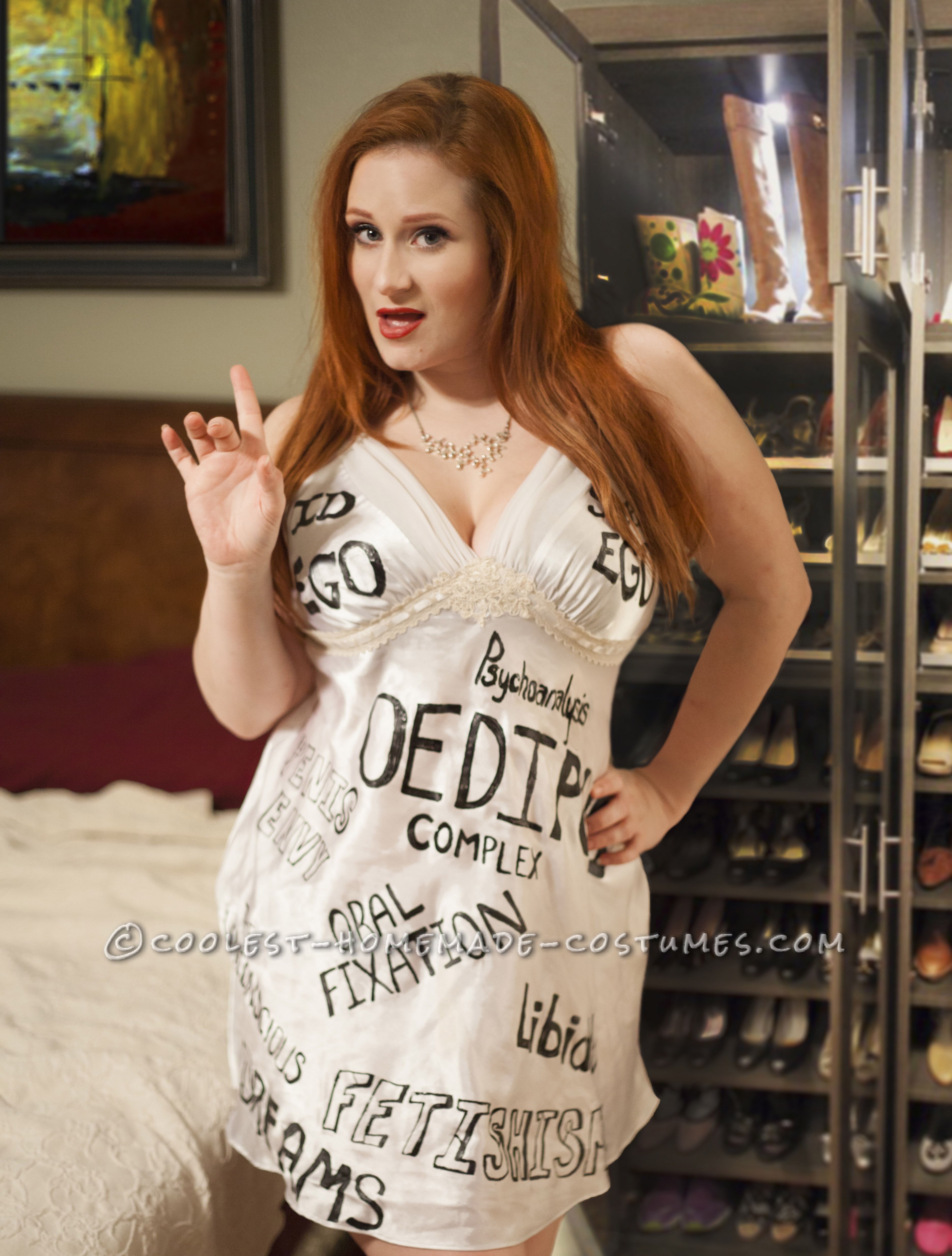 Yes, we’ve all done it. A silly slip of the tongue. A brief baring of subconscious sentiment spilling out whatever we were fixated on at the time. Freudian Slips happen to the best of us!

As a frequent contributor to this site and yearly winner of the local costume contests ’round these parts, I felt obligated to up my game this year. As it happens, I fell ill and was left with a mere evening to craft a costume worthy of my former glory. Hopefully this last minute brainstorm idea served as a good impromptu creation!

One vintage slip from my closet, some stockings, a trademark Freud cigar, Hubby’s glasses and a bottle of black fabric paint. That mixed with a bit of imagination and the remaining embers of psych 101 theology made for the perfect conversation starter and subsequent “Most Creative” title at that evening’s event! I bought a round for my loudest supporters with the $50 prize money and made some swell new friends.

Who says a costume has to be laborious? Well, not this year anyway.

Proving that a fun and easy costume sometimes only takes a sex… uhem, I mean… sec. 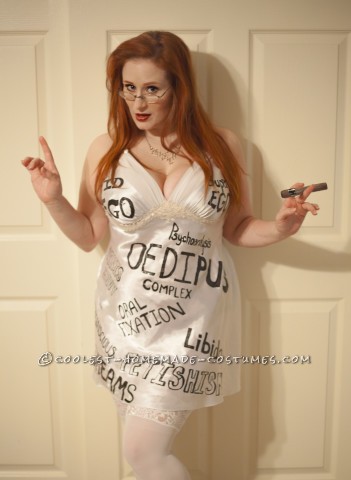 A Punny Brush with Death Costume