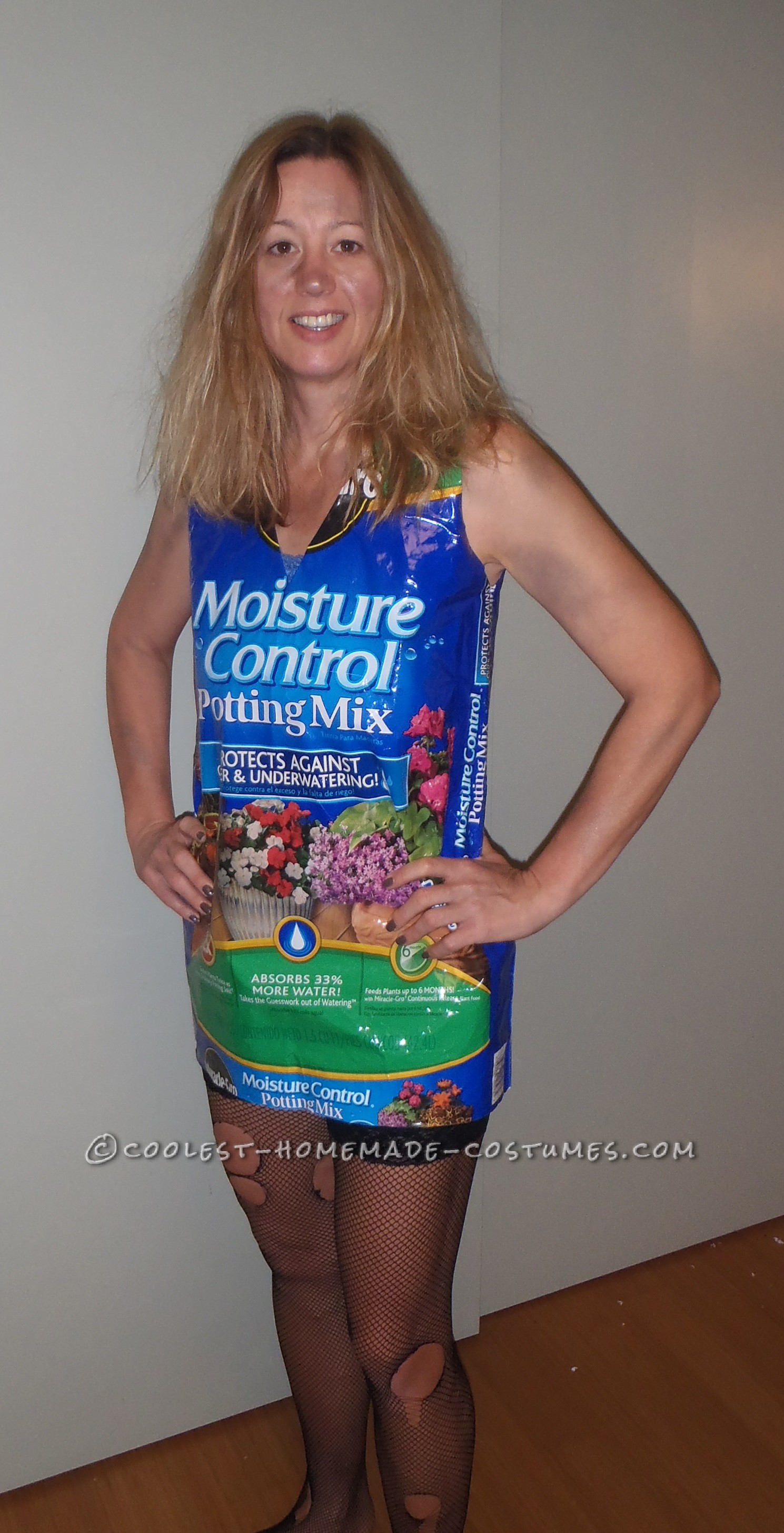 My mother was fed up to here with me wearing scary ugly costumes, so I decided to wear a dress and be cute. Just once for my mother. But what? I thought about it for quite some time when the light bulb went off one day while planting my winter flowers. Having finished emptying the last of the potting soil, I held up the bag to wad it up and throw it away when, WAIT!, I could wear this! I immediately laughed and raced in to the house to find the scissors and duct tape. I then found a dress for a pattern and cut out a basic dress shape. I taped all around the edges for reinforcement and POOF! I had a halloween costume. It was so easy! And free! And it was a dress! It was still missing something, though. The next day I bought a pair of fishnet stockings and ripped them up. Sort of a “dirt” effect on my legs. Bonus, I could tell my mother I wore both a dress and stockings. HAHAHA A little messing up of the hair… okay, a lot… and some eyeshadow on the rest of my body for added “dirt” and I had a costume! I think the entire outfit cost me $3 for the stockings. I wore it to a huge Halloween party and saw everyone pointing and laughing at me all evening. Many came up to me and said it was the best costume of the night. In my eyes, complete success! It was cheap, I got a lot of laughs and a week later people are still coming up to me saying “Hey, Dirtbag” and I just smile. What a great compliment :)

2 thoughts on “Easy Last Minute Costume: Go Ahead – Call Me a Dirtbag!”