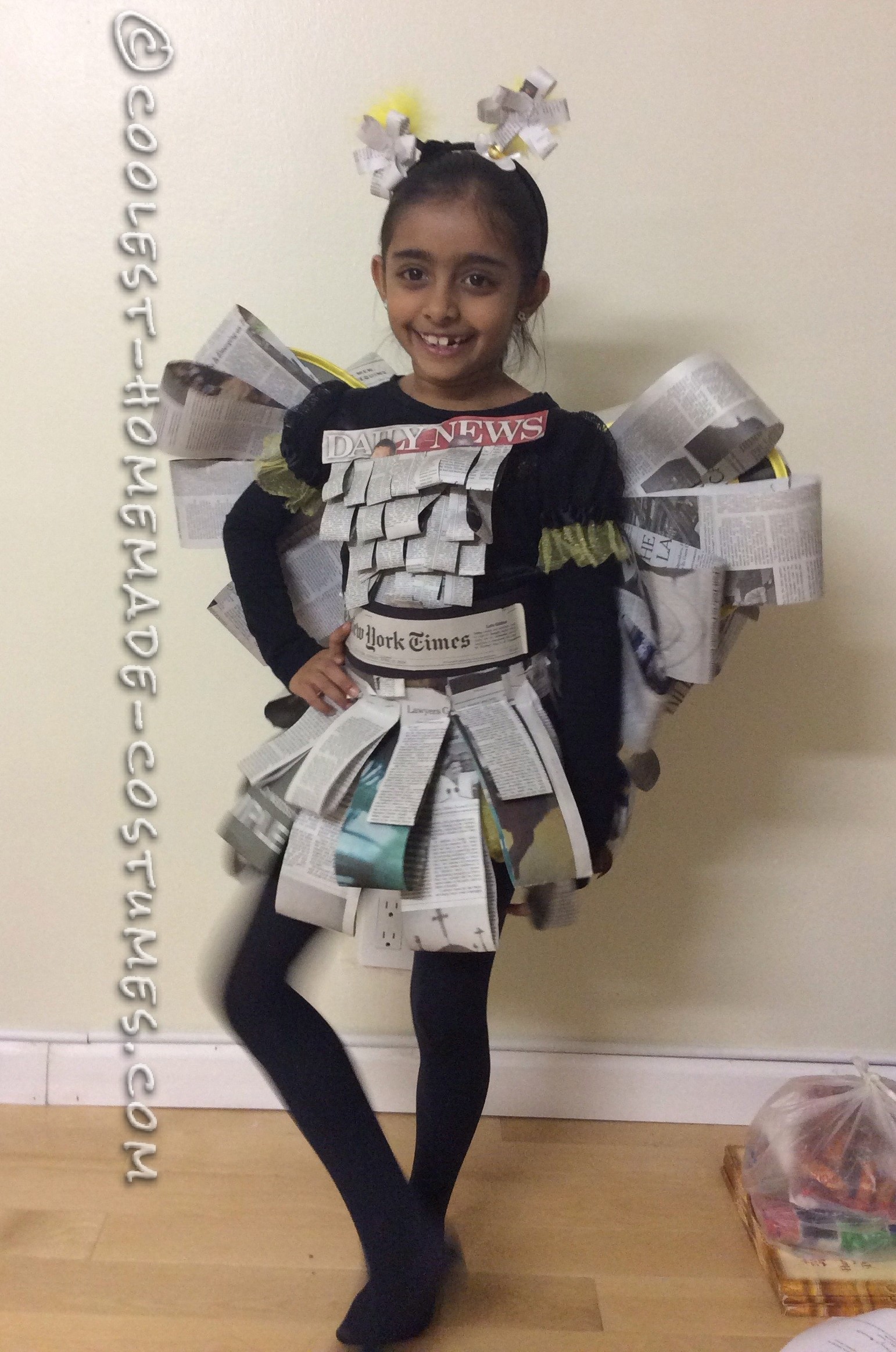 To create this unique, easy, inexpensive, most creative and last-minute Halloween, Newspaper Fairy costume you will need 1 newspaper and 1 pair of wings (which you can easily find in Party City, but since this was a last minute costume I didn’t want to waste time in going to Party City and buying wings,so we reused wings from an old costume).

You will also need a long piece of chart paper or a sentence strip, a stapler, a tutu skirt and a t-shirt (but we reused my old bumble bee dress). I made the skirt belt with the sentence strip and then I cut about 3 ” wide long strips out of newspaper and then folded each strip in almost half, so it would be according to desired length of skirt. Now staple that folded strip to sentence strip allowing the fold to fall on the bottom of the skirt. Keep stapling the strips next to each other from one end to other.

Next cut strips from newspaper little less wider then before, attach this at the same place where the first part was and in a brick manner (this adds a fluffy look). Same way attach the third layer with little less width.

Now that skirt is almost ready, start working on upper body. As I had no time to go look for something, my mom dressed me in an old costume and sewed the  newspaper yoke to the front. Same way staple the wings – front and back of them.

Last but not least, put two newspaper flowers on top of your head band (as you see in the picture).

I had a creative costume contest at my school and guess what? I won first prize. People were amazed with this creation! I could have made a crown to go with it but we had no time left. The only difficulty with this costume was that I had to be very careful about walking in a crowd as it could rip the paper. 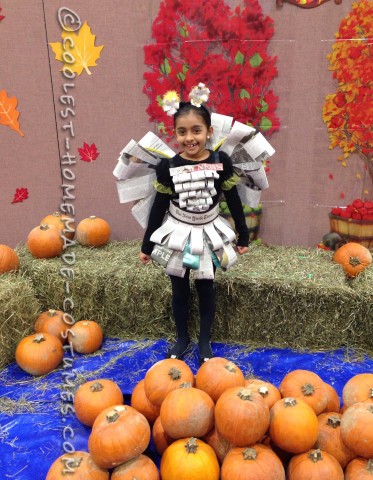 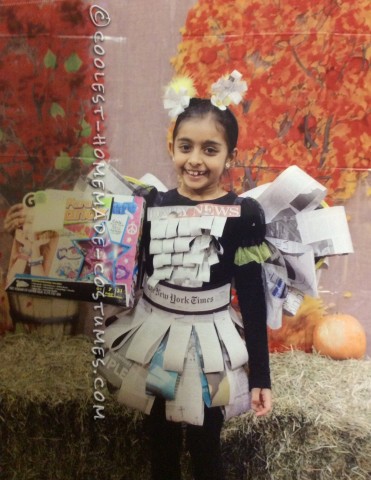