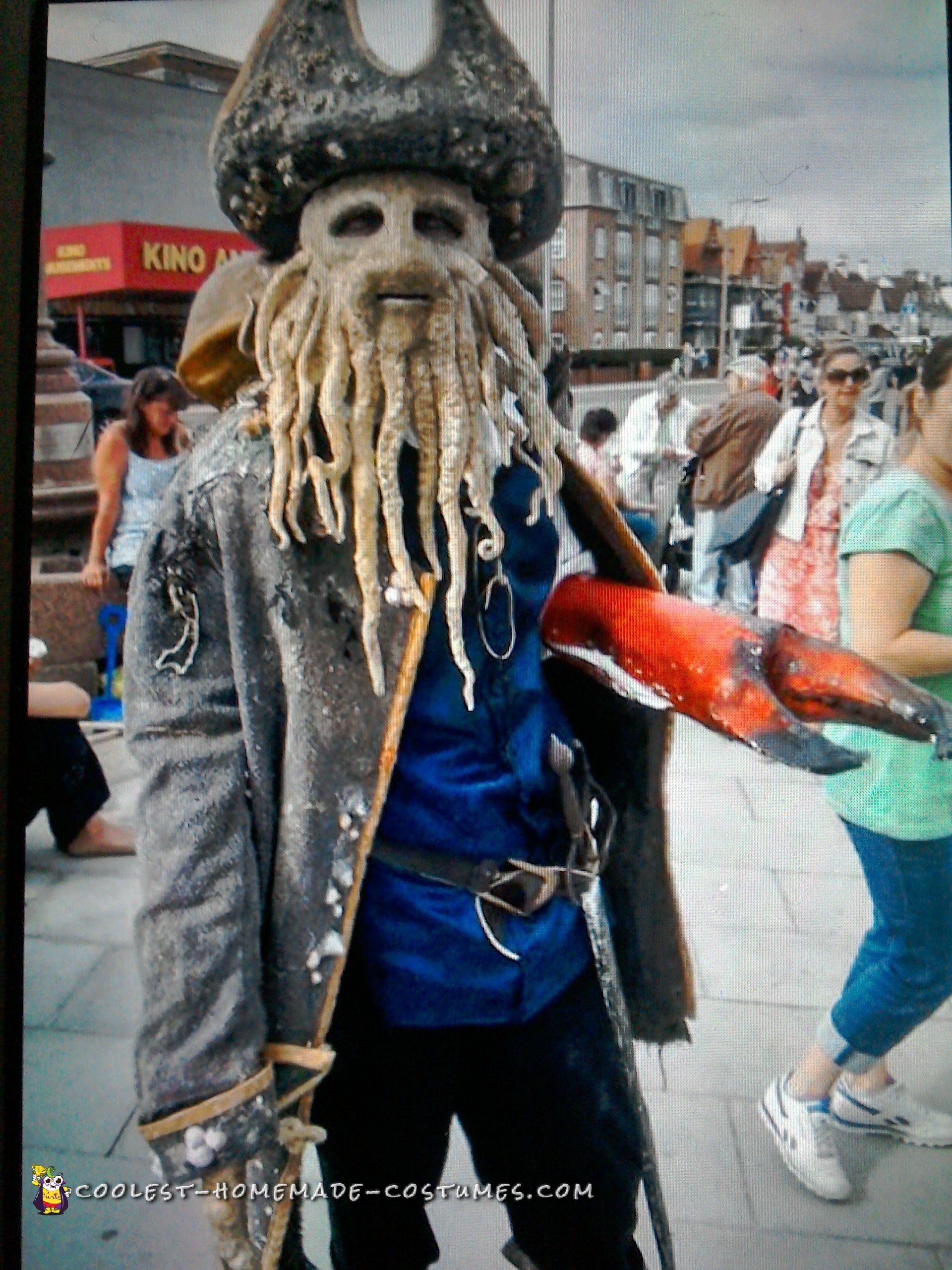 This is my Pirates of the Caribbean costume for a pirates carnival summer 2015.

The head is made from Plastercine tentacle shapes that were dipped several times in liquid latex, dried off, then added another coating of liquid latex. Let dry and repeat process at least 8 times. There were 30 tentacles in total, add those to a latex made mask from latex and tissue paper or cotton.

I bought a tri cone hat, added craft foam to the edge for the elongated split front and higher sides of Hat. The barnacles have been made by dipping a pencil into latex dry off then repeated, add tissue for strength between dipping. Then cut to barnacle shapes. Glue to the hat

The Claw is made out of micro mesh, shaped and hot glued together then covered with plaster bandage to give texture. The claw opens and closes on a simple bolt and nut either side of claw. Thus open and closes for effect.

The boots are just pirate covers available from any fancy dress shop.

Green paint is added to latex, poured out thinly, let dry, and then torn into pieces and added to resemble seaweed.

Latex on the coat .. whilst wet add sand and seaweed real or latex painted strips.

The walking stick is real. I added a cardboard tube, added seaweed and sand for effect.

The sword is real but not used! The dead man’s chest is made from a cardboard box, section decal is made from clay then latexes over to hold in place, use hot glue as well.

Pipe is real but not used to smoke. Eww.

And that’s it. The reaction was one of amazement and awe and very positive comments,

This costume has gotten me to perform at a few other events as well. So it’s a costume that keeps giving . 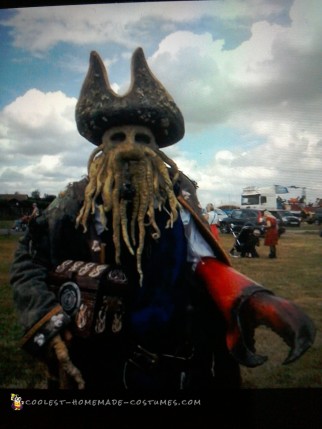 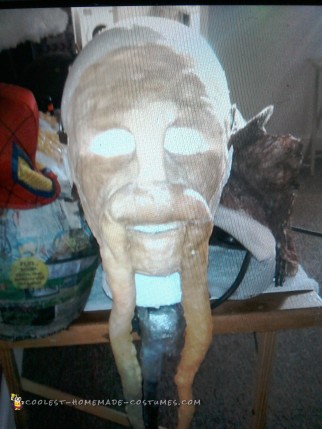 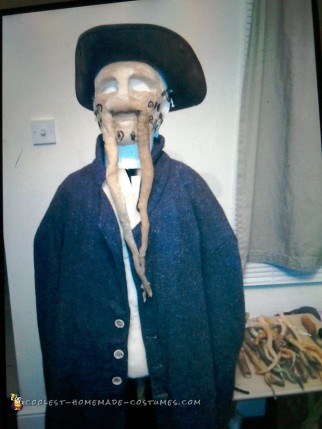 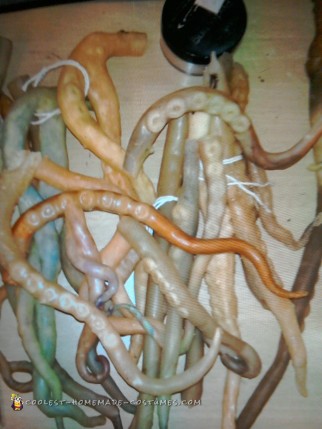 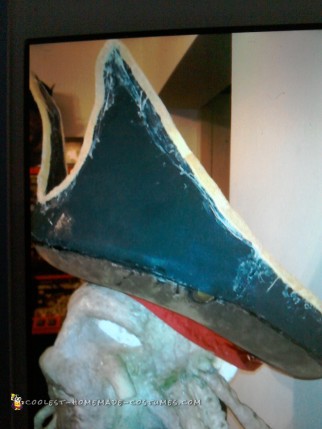 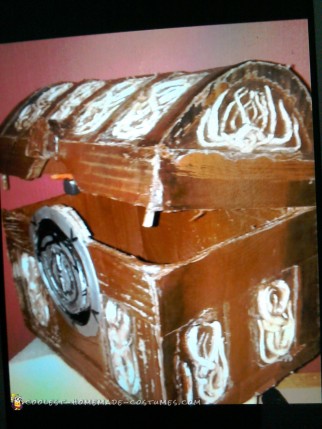 Cool Pirates of the Caribbean Costumes for a Family