My youngest son and his best friend decided to be Will Turner and Captain Jack Sparrow from the Pirates of the Carribean this year. It became a group costume when my oldest son wanted to be Ragetti (pirate with wooden eye). My son actually helped design and also sew the costume. We had some of the parts already (Will’s pants from a Colonial costume, Ragetti’s shirt and shoes and the fabric for Will’s cape and parts of Ragetti’s vest), and raided our school costume closet for others (Will’s shoes, shirt, hat & wig). The parts we made were: Will’s tunic and cape, Ragetti’s suit and vest, one of the baldric’s (sword holder – made from belts, basically), and the buckle on the hat band. We got the sash, Will’s hat band, the belts and buckles, the pant suit we used for Ragetti’s uniform, and some of the fabric at thrift stores, Ragetti’s fake teeth and earings as well as Will’s knee socks were from the store. The hardest part of the costume was finding the parts to use for Ragetti’s uniform (we found a pantsuit and dyed it, taking it apart and redoing it). Also, designing the cape so it looked like Will’s was hard. Everyone thought they both looked great. It was a lot of work and we were happy with the end results. My son’s favorite parts were the real swords he had and the fact that he had enough facial hair of his own for the goatee – we just had to make it darker with mascara since his hair is so blond.  I didn’t make the Jack Sparrow costume – that boy’s mom did. 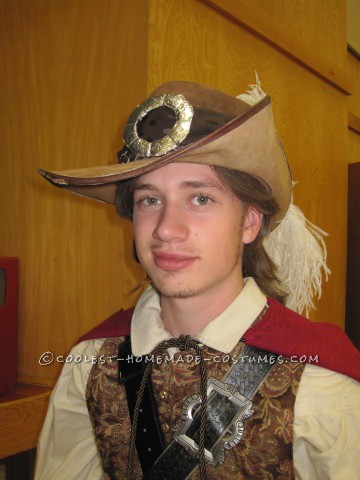 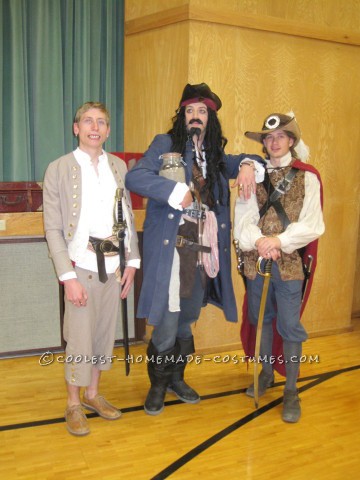 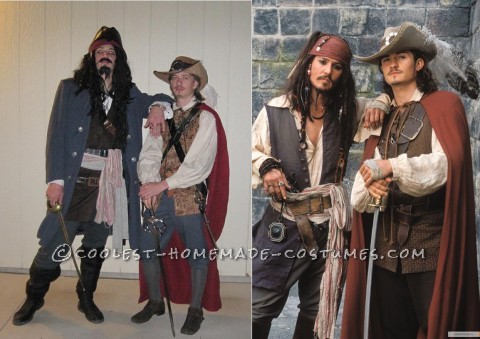 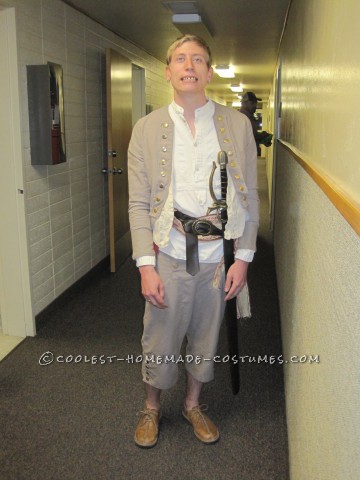 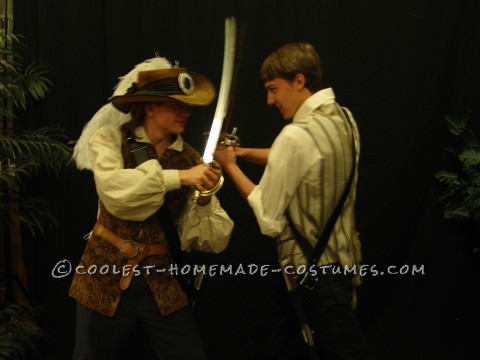