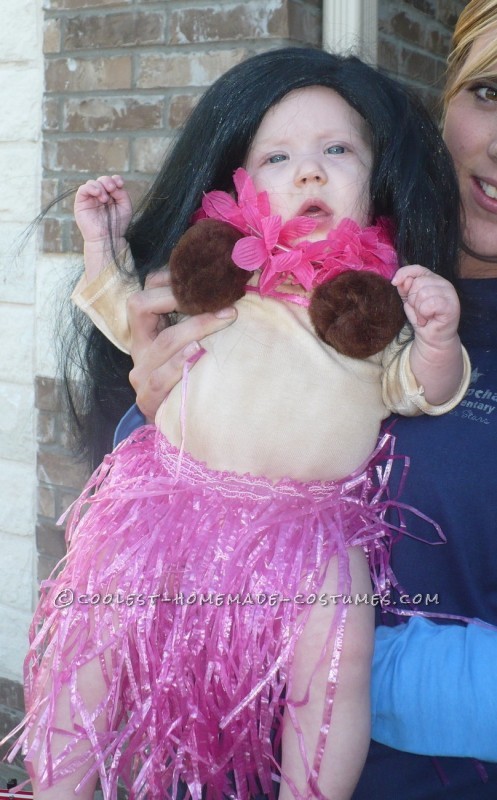 I was used to my son who wanted to be Thomas the Train or an army guy every year. So, when I had a daughter, I wanted to be creative and go all out before she could make her own decisions. I wasn’t into the girly girl costumes. When a friend told me that she had a baby hula skirt, I began thinking and came up with this cute Hawaiian Luau baby costume.

My daughter was just six months old and I decided to make her a hula girl. I bought a long sleeve onsie and I dipped it in coffee to stain it. I bought large brown pom poms and used some pink ribbon. I hot glue gunned the pom poms onto the onesie where the coconuts would be. Then I hot glued the ribbon to look like a string bikini. I then tied the two strings together around the neck. I found a lei from a party store and put that on her. Then I decided to buy her a black wig and cut the length.

We barely made it down the street without being stopped every couple of feet for people to see the Hula baby and to take her picture. 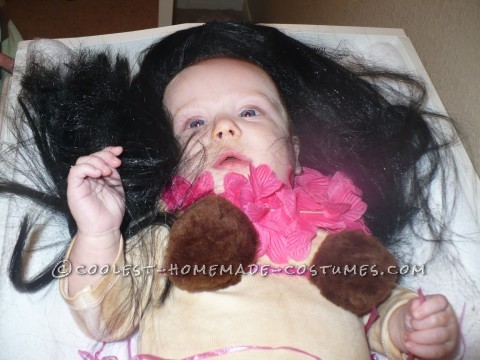 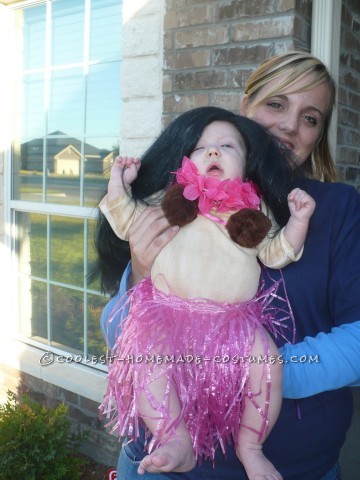