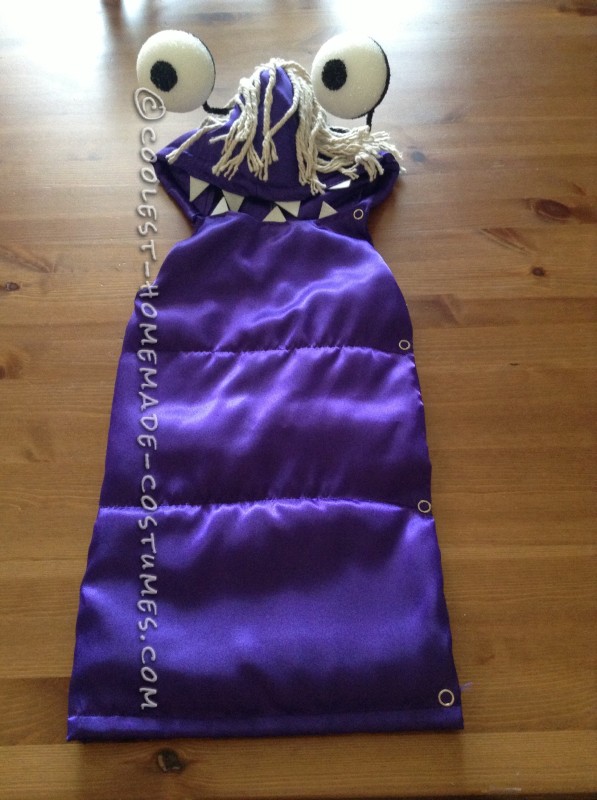 I got the idea to make my daughter a Boo costume from the movie Monsters Inc because my son wanted to be Mike Wazowski and I thought it would be cute to stick to the Monsters Inc theme. I had never sewn anything before making this costume. I literally taught myself to sew from watching videos on you tube, but I was determined to make my kids Halloween costumes. I started by making a model out of computer printer paper so I could visually see and play with it to figure out what I was doing! I traced a 18 month onesie to get the right size. I basically made a jacket that snaps on the sides. i stuffed it with quilters batting and made a few straight stitches to give it a quilted look. The hood was the hardest part because I had to figure out how to make a hood from scratch. I made a practice one before making the real one. Once my hood was done and attached to the body of the costume, I hand sewed on the teeth and began on the hair and eyes. For the eyes, I bought small styrofoam balls and painted them black to look like eyes . I wanted the eyes to stand up instead of falling to the sides, so I supported them with several pipe cleaners wrapped around floral wire and glued and then hand stitched onto my hood. Lastly, I bought a mop from Dollar Tree and used the mop threads as hair. I hand stitched each mop thread onto my hood being careful to cover my floral wire so it would not be seen. I was able to find white tights and a white long sleeved shirt for underneath the costume. I think it turned out pretty good, especially considering it was my very first sewing project. She got many compliments on her costume on Halloween Night. 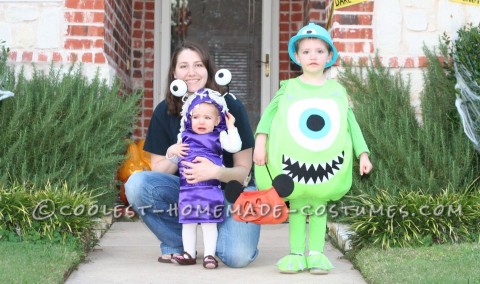