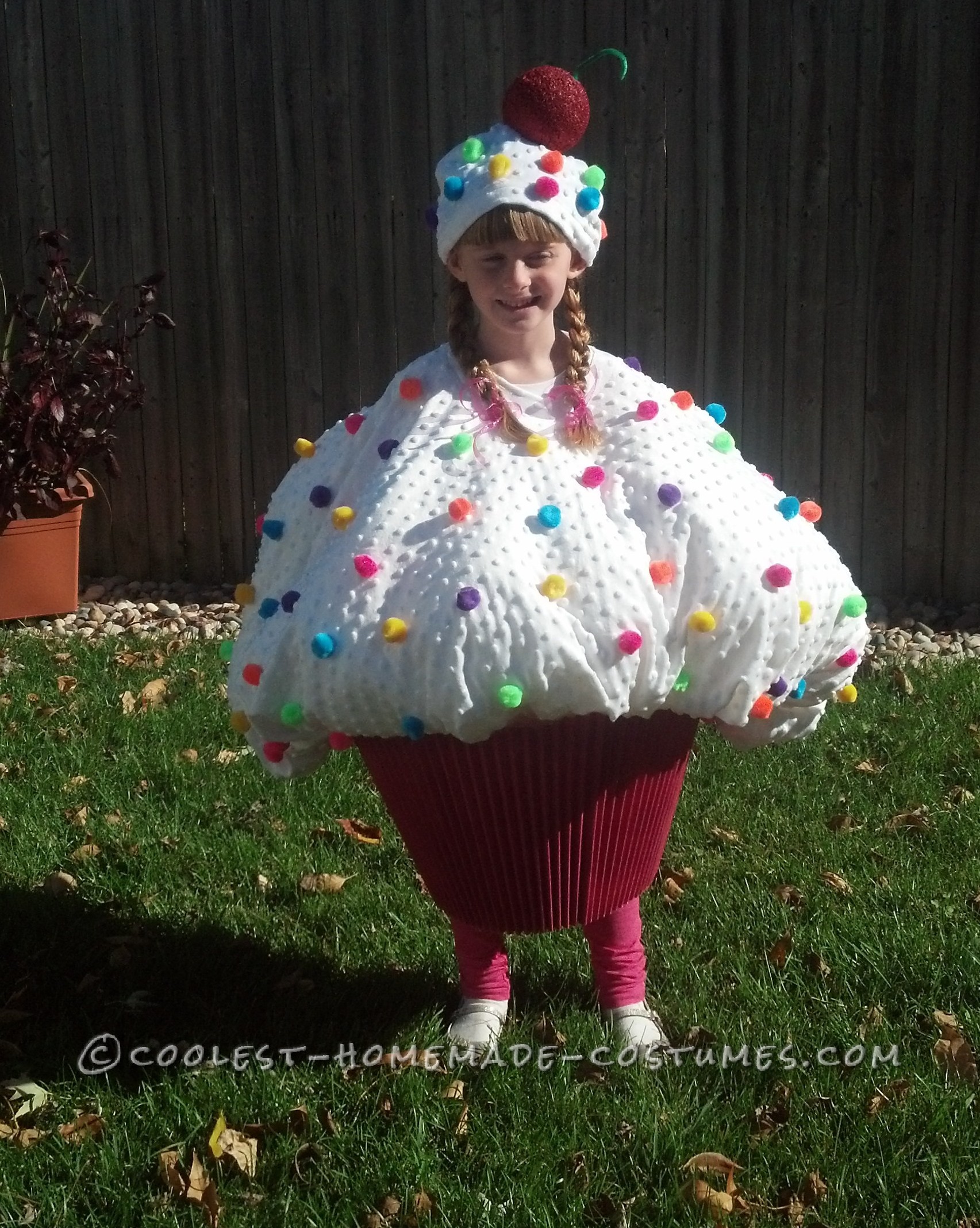 This year I was given the honor of making my niece Tessa’s Halloween costume! I am a huge cupcake fanatic. For years I have been collecting different cupcake items. Cupcakes were not something I ate a lot of but years ago became a part of my identity. I have worked with mentally ill and developmentally disabled adults for 19 years. When training new staff I always remind them to work together as a team. Caring for people can be a stressful job and your staff needs to work together when identifying stress levels. So instead of getting angry or frustrated or stressed we came up with a code word to use when feeling overwhelmed to let the other staff know that you are at your limit. The code word I came up with was “Cupcake”.  So when staff were overwhelmed or needed a helping hand they would say “CUPCAKE!” notifying the other staff that they needed help!  Thus grew the cupcake saga.

When asking Tessa what she wanted to be, she came up with several options… Queen Elsa, Ariel, a witch…then she said “How about a cupcake? You like cupcakes, Auntie BooBoo!”  That is what Tessa calls her Auntie Bonnie. The idea was created and I was thrilled for the challenge and the creativity of your non-typical costume!

So now to gather items and execute the idea! I used an old lamp shade (bought at a thrift shop) and cut the smaller side (top edge) down about 3-4 inches and then spray painted it hot pink for the base of the cupcake. Using a circle cut piece of white fleece material (cut out spaces for head and arms) I sewed a tool backing on the inside section of the material. Then I stuffed it between tool and fleece with pillow stuffing (to give it your fluff).   I hot glued the sprinkles (bag of multi-colored pom poms). To keep the base of the cupcake in place on her body I used a pair of suspenders and some safety pins and to attach the bash to the frosting I used Velcro. The hat was made of the same white fleece material and the cherry on top was a spray painted foam ball and green pipe cleaner. The costume to some time and had its challenges but it was so cute in the end.

We went to the local zoo for trick or treating last weekend and there was not a single person on the place that didn’t comment on the costume! Many compliments! At the end of the trip Tessa looked at me and said “I don’t want to be a cupcake anymore.” I asked “Why?” She said “Because everyone likes me!” Oh the cuteness of a 5 year old! 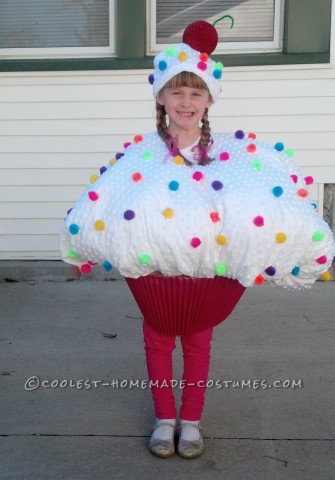