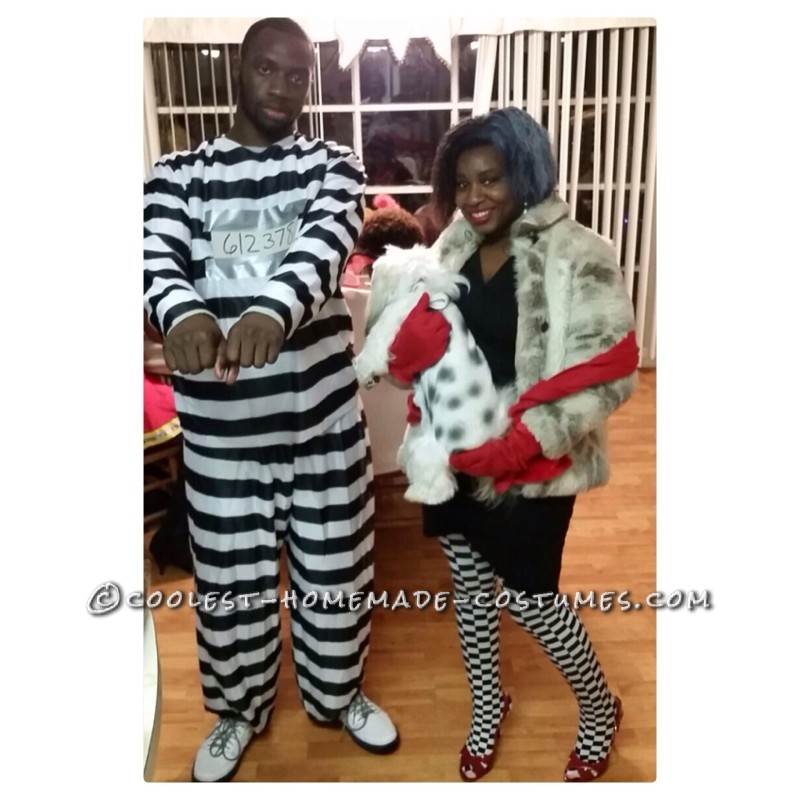 My boyfriend and I had been contemplating since last month after being invited to a costume party what we could be that wouldn’t cost a whole lot AND include our dog as he’s a part of us, you know! And so I was looking for ideas everywhere, and it just so happened that I was babysitting a BUSY three year old last week and trying to keep him still, so Disney movie day was in order.

I pulled out my old tapes and 101 was in rotation. It hit me right then that Barkley could be the Dalmatian, I, Cruella Devile, and my boyfriend, my accomplice to get those puppies! For the Cruella Deville costume, I had all the items at home except hairspray that I got from Party City for $2.99! I pulled the black dress and red shoes right out the closet along with the “Winter Fox” fur coat my Dad brought my mom in the 70’s as a gift she passed along to me! The stockings came from an old Maid costume years ago, and the scarf and gloves as a last year Christmas gift from my aunt! The jail bird costume came as a clearance item from the costume store as the hat was missing. And so my boyfriend tore the cardboard wrapper, wrote numbers on it, and calls himself jail bird inmate 612378! Barkley, he’s our dog, a Shih tzu as you can see, but posing as our Dalmatian for the night; was wearing an old t-shirt I had that I sprayed black dots on, left to dry, and the three of us were on the run ever since! EVERYONE was definitely stoked over the dog being a part! They were taking pictures and asking us to “Hold the dog up!” ,”Let him face the camera!” My poor puppy looked so scared from all the attention, as if he had really been captured by some evil villains! BUT we got so many remarks about CREATIVITY! “Who would’ve thought to use their dog?”, “How cute!” I think they all forgot I was using his fur to make me another coat! Ha ha ha ha ha! 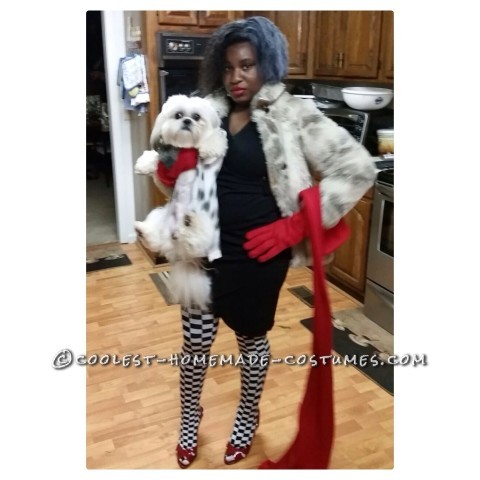 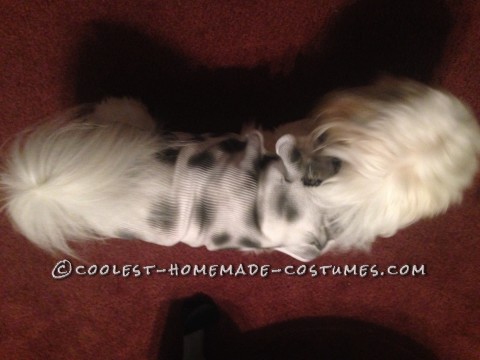