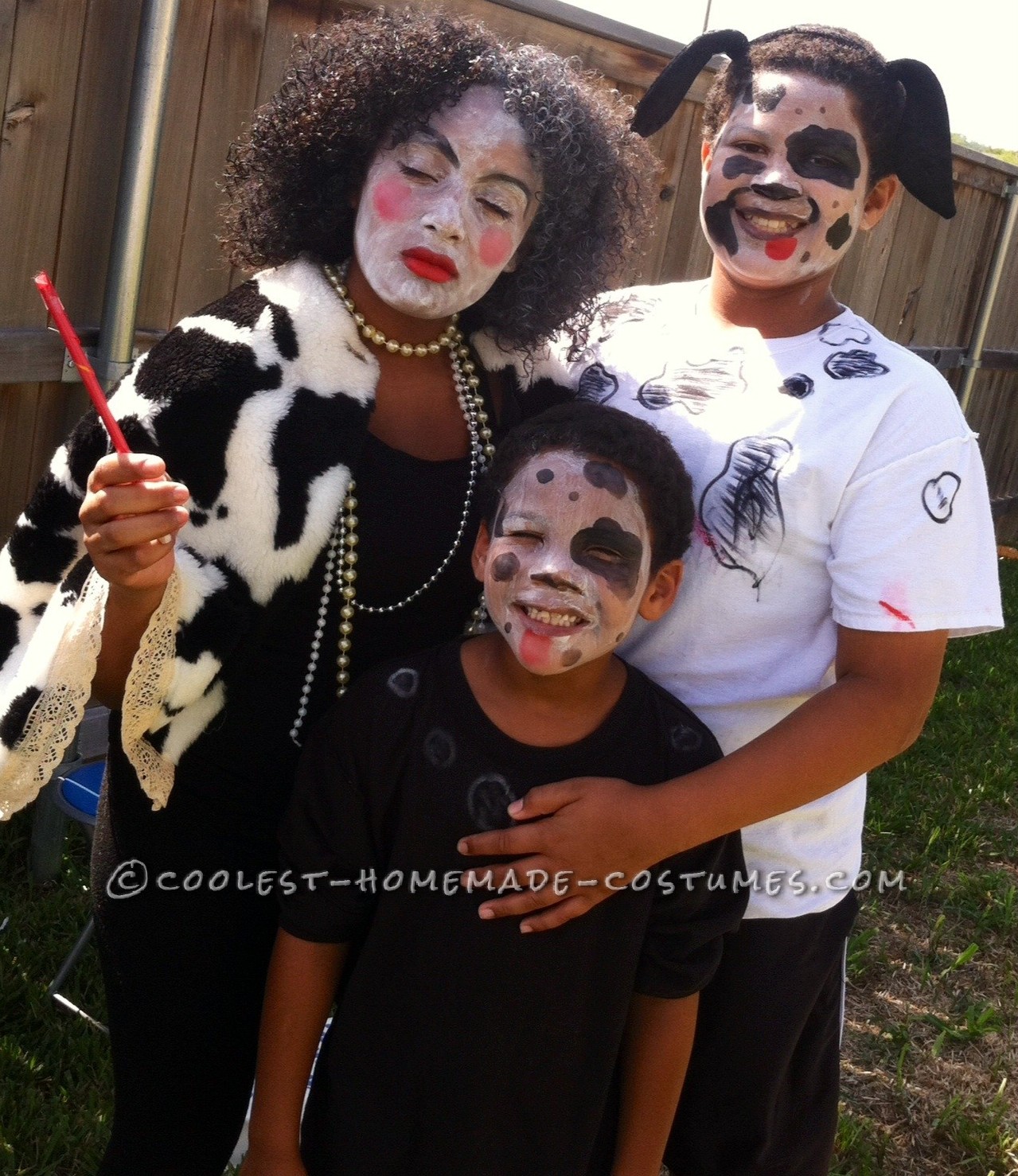 I love Halloween and getting creative with my kids costumes. This year we had lots of fun creating Cruella Deville and her dalmations costumes. I found the cape at Goodwill for $4 and once I saw it I knew we had to do a Cruella Deville theme!

My boys were the cutest Dalmatians!

I would say the hardest part of making these costumes was doing my younger sons face paint. He just doesn’t have the patience to sit still and he sweats a lot so the spots kept getting smeared. The other hard part was getting our dog Sensei to give me a good picture.

The best part and the most fun was to see the end result and everyone’s reaction when I showed them my Cruella Deville and 3 dalmations!!! 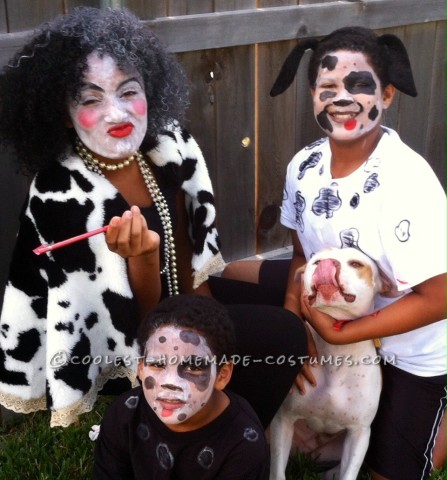 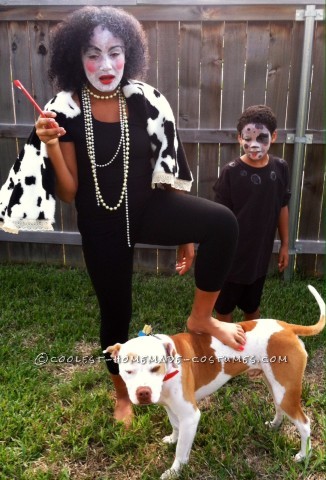