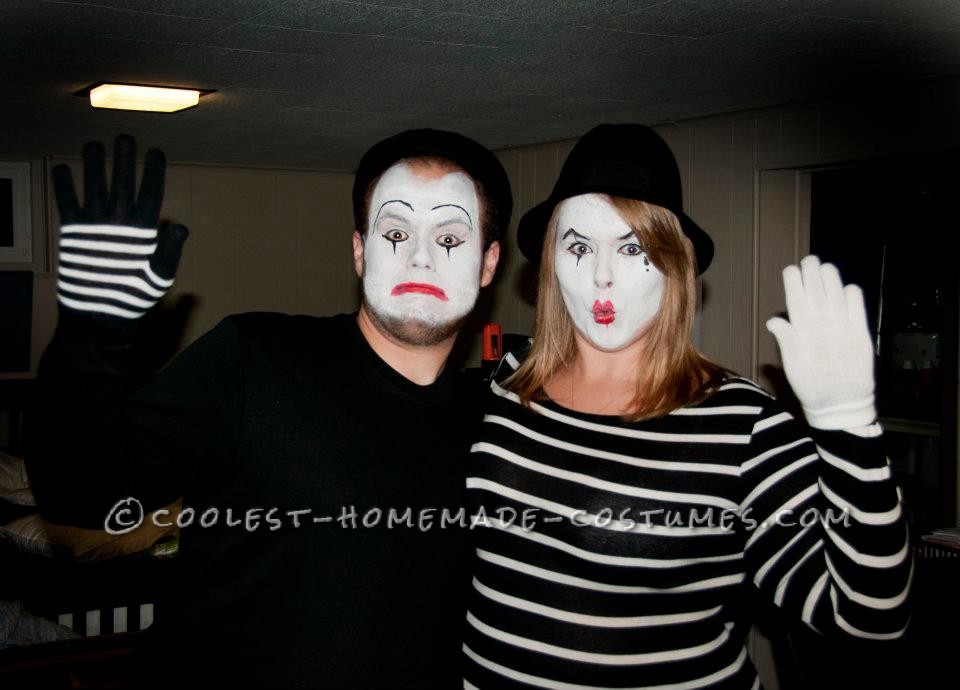 It all started out when I was having the most difficult time deciding what to be for Halloween. I always go for homemade costumes, and I was discussing with a friend last minute about how I was stumped. She told me to go through what I’d already been, so I said, well, I’ve been a crazy cat lady, a bag of jelly beans, a pimp, and I was going to be a mime once, but I got too intoxicated and the costume never happened. She said, why don’t you be a mime! A-HA! So I called my boyfriend, and took off to the mall and started on our creative Mime couple Halloween costume.

My boyfriend and I both had black pants, so I purchased him a pure black sweater, and myself a striped black and white one. I then bought us thin winter gloves, and silly hats. The last touch was the face paint, and we had ourselves an AWESOME costume! All in all it took maybe 30 minutes to paint both of our faces, and then all we had to do was get dressed.

The costumes were a hit, and everyone still talks about how great of mimes we were. We’re going to have a hard time topping it this year!